Bob Enyart Debates: Who won a debate? Both sides often claim victory, but when afterward, only one side promotes the debate, that's evidence that perhaps only one side really thinks it prevailed. Atheism, big bang, evolution, theistic evolution, physics, conservatives (we expose the liberal in the conservative), economics, national sales tax, Islam, polygamy, pot, pro-aborts, homosexuals, theology, open theism, the Sabbath, drinking alcohol, eschatology and preterism, etc. If you recall another formal or informal BEL debate, please feel free to suggest that by emailing Bob@kgov.com. Thanks!

* The Calvinists: This 2-minute video documents the James White vs. Bob Enyart debate aftermath involving R.C. Sproul Jr., as excerpted from the full debate video, below:

Bob Enyart Debates Theoretical Physicist Lawrence Krauss emphasis on the theoretical on his Universe from Nothing.
Google: big bang predictions. We're ranked #1 of 800k pages! (NASA, et al., say fulfilled predictions confirm the theory)
Google: evidence against the big bang. We're at #1 of a million pages!
Google: big bang evidence. They switch us between page 1 & 2 of results! (and all of these rebut Krauss)

Bob's Post-Debate Chat with DU's Barlock: Leon Gonzales recorded this 8-minute cell phone video at the conclusion of a debate he attended between creationist Bill Jack and a Denver University evolutionist Travis Barlock. Gonzales started recording just as Bob had informed Barlock that, as you can see at rsr.org/whale-evolution, Travis' favorite evidence for whale evolution, a tail, and flippers, has been withdrawn in a video interview by Dr. Philip Gingerich, the Rodhocetus discoverer himself...

Bob Debates Michael Shermer the founder of the Skeptics Society who, though he is an editor of Scientific American, denied that the Sun is a "light" (in order to claim that the Bible is wrong on its first page for saying that the Sun is a light). This illustrates the atheist zero-concession policy.

Bob Debates Famed Anti-Creationist Aron Ra on air on KGOV and in writing on Britain's League of Reason site.

Bob Debates a University of California Ophthalmology Professor Dr. Gary Aguilar on the evolution of the eye.

Bob and a caller discuss evolution and genetic information for seven quick minutes...

SPATS: You may also enjoy Bob Enyart's spats...
- Jack Horner rejects our $23,000 offer to carbon date his soft tissue T. rex
- NASA astrobiologist Mary Voytek admits water is the enemy of abiogenesis
- Jerry Coyne reknowned evolutionist confused over horizontal gene transfer
- Discover magazine's astronomer Phil Plait confused over his own terminilogy
- PZ Myers admits he can't give even a rough explanation for the trochlea
- RationalSkepticism.org, the seething hate of atheists, and spam entrapment
- Newsweek magazine's 99.86% of scientists, Lisa Miller, and Nina Burleigh
- And by honorable mention, Stephen Hawking.
And while this isn't an RSR spat, we do analyze the debate between Bill Nye the Scientism Guy and Ken Ham and we respectfully critique Ken Ham's diminishing of historical forensic science.

Bob Debates the Age of the Earth vs. Reasons to Believe's geophysicist and mathematician members.

* Bob on the Pepperdine Campus:  Bob Enyart warned Pepperdine students about theistic evolution on their Malibu campus in the summer of 2015. See rsr.org/pepperdine for the event details or just check out Bob's presentation here:

BEL Resource: Have you browsed our Science Department in the KGOV Store? You may want to check it out!

I Sold My Soul on BEL

CONSERVATIVES: We expose the liberal in the conservative

Bob Enyart Debates Famed Apologist Greg Koukl Bob demonstrates that his Christian brother Greg Koukl is, tragically, a moral relativist who supports child killers as long as they have an 'R' after their name.

Ann Coulter's Guilty, and Hangs Up (and our own AnnCoulterApology.com) site.

Bob Debates Mark Smith, a conservative Christian (actually, a leftist) Federalist Society lawyer, on populism and the undermining of good principles of governance

The Trouble with Lawyers: Bob vs. the Publicans (predecessors of the re-publicans) 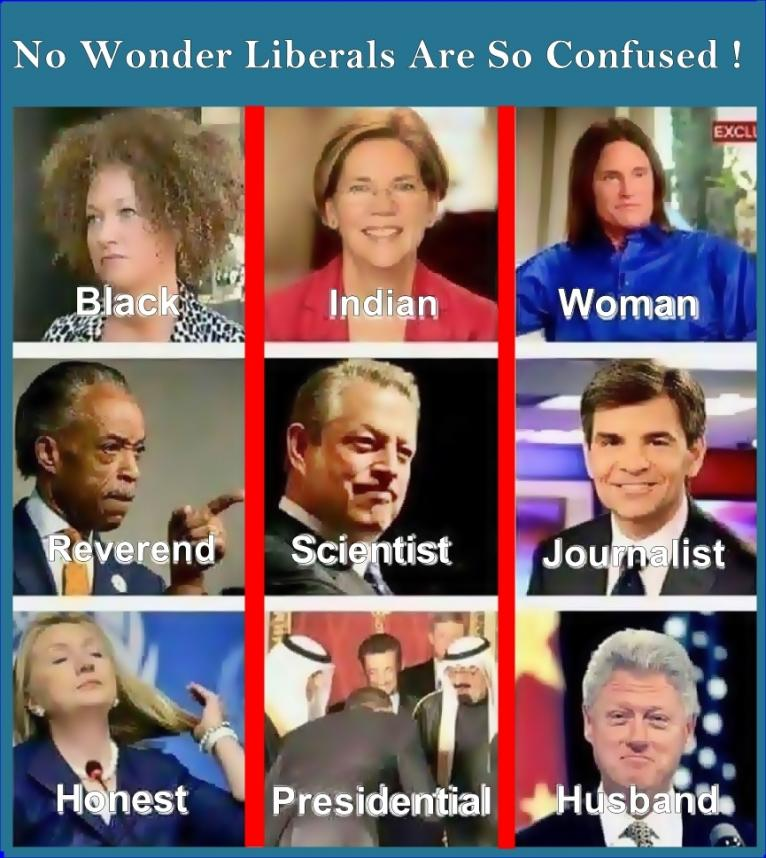 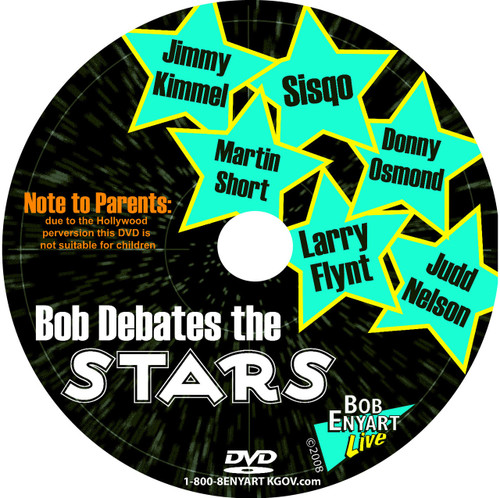 Neal Boortz vs. Bob on a National Sales Tax and the national sales taxes loses again as Bob debates its #2 guy.

Bob talks to a Muslim, Sidney from Chicago

Enyart's Unauthorized Recording of a Nat'l RTL Board Meeting

Bob Debates Stand to Reason's Greg Koukl: Shockingly, the beloved Greg Koukl turns out to be a moral relativist who's support for Republican child killers can give those politicians a false sense of security regarding the children that they themselves approve of killing.

Larry Bates Debates Bob on Do Not Murder * Deconstructing the DeBates

Newsweek's Lisa Miller on BEL: Prior to Newsweek's Fall, Bob proves that Miller misrepresented the Bible.

Bob Debates a Naked Belizean on the Absurd Nudism Movement

Debate Over the Idea of Church Youth Groups on BEL

On Court TV: Enyart advocates the death penalty for Scott Peterson and for every convicted murderer.

Bob Debates the Principles of War with The American View's John Lofton and they also discuss Israel.

Bob & Will Duffy vs. Will Kinney on the King James Only claim. During the debate the 1611 translators themselves, in a stunning historical moment and unexpectedly to say the least, came forward to testify by written affadavit.

Should Christians Keep the Sabbath? Bob Debates Keeping the Sabbath with a Seventh Day Adventist.

BEL's Broadcast and Analysis of the James White vs Bob Enyart Open Theism Debate or you watch the full debate here:

A Church of Christ Preacher on BEL Debating Alcohol: Pastor Bob defends the Bible's teaching that drunkenness is a sin but responsibly drinking alcohol including wine is a blessing.

Bob Debates Gene Cook on Open Theism: Gene Cook pastors Covenant Baptist Church of San Diego and with Bob he debates the topic, Is the Future Settled or Open?

Bob Debates a Calvinist Pastor on Predestination: You can get your own copy of this historic event, perhaps the first-ever televised debate on predestination and free willl. Just click to get this on DVD or Blu-ray to share with others, or you can watch it right here:

Bob's First Debate: One weekday evening in 1968 before a classroom filled with parents of 4th graders at St. Anthony's grammar school in Hawthorne, New Jersey, nine-year-old Bob argued the importance of America fighting the Vietnam War. Forward a half-century later and as discussed at kgov.com/vietnam, the main reason we fought was to oppose the spread of international communism (by which governments have slaughtered tens of millions of their own people and robbed hundreds of millions more of their prosperity, liberty, and human dignity). So when Vietnam became the last country to fall to communism, in that vital sense, the sacrifice of our servicemen may very well have preserved liberty for hundreds of millions of people, almost none of whom have any idea whose blood bought their freedom.

CALLERS & THREADS: In 2016, toward better cataloging our debates and other interactions, we've begun adding to our existing lists some new ones:
- kgov.com/debates
- kgov.com/atheists
- kgov.com/predictions
- kgov.com/interviews
- kgov.com/callers
- kgov.com/select-threads, and even, from some of those debates:
- kgov.com/definitions.
If you are inclined, please consider suggesting various callers, interviews, predictions, definitions, and select threads, that we could add to these growing lists! And if you have time, feel free to peruse our BEL Archive, beginning with the early years, to find such suggestions, not only for callers, but also for interviews and debates! Then just send any recommendations to Bob@kgov.com. Thanks so much!