James White vs Bob Enyart on Open Theism on BEL

2017 Update: A reformed theologian with 6,000 posts at TheologyOnline.com wrote, "At present, the gold standard for live debates with open theists remains White's debate with Bob Enyart."
2019 Update: Bob has reason to believe that this theologian is now an open theist. :) And separately, we appreciate his thanks regarding the Will Duffy/Matt Slick open theism debates: "I sincerely appreciate Rev. Enyart and his team for hosting the debates. It was a professional effort and went off online without any real hitches. Wonderful job there, Denver Bible Church!"

* Broadcasting James White's Open Theism Debate: By broadcasting last week's open theism debate between Dr. James White and Pastor Bob Enyart, that event before a live audience of 150 people at Denver's historic Brown Palace hotel will now be heard by many thousands of people via podcast, download, and on-air over America's most powerful Christian radio station, the 50,000-watt AM 670 KLTT. Adding to those efforts at dissemination, the entire debate is available right now over at opentheism.org and on YouTube where the audio and video versions have a combined [in 2017] 40,000 views. We are hoping that thousands more will be edified by this important event. Please pray!

* Shocking Debate Aftermath: This 2-minute video documents the shocking aftermath involving R.C. Sproul Jr. and James White in the hours after The Battle at the Palace:

* Still Six Months Later: James White wrote yet another article on this and six months later, as previously, he again failed to quote himself or R.C. Sproul Jr. in his defense of what they wrote. On his Facebook posting of that criticism of Enyart, Alpha Omega Ministries blocked the question Bob Enyart posed: "James White, do you affirm that the Second Person of the Trinity has both a divine and a human nature?" [.mht archive]

* The Full Debate: Available on Blu-ray or DVD, you can also watch (or listen) to the full debate right here:

- The Yellow and Green Verses (Qualitative vs. Quatitative Attributes): At 8:06 into our Open Theism debate with James White, we show highlighted in yellow throughout the four Gospels all the the hundreds of verses that affirm the biblical, qualitative attributes of our eternal God. (That He is living, personal, relational, good, and loving.) We compare them to the dearth of verses that might teach the quantitative philosophical attributes of the OMNIs (how much) and IMs (how little).

Aet opentheism.org see more about the highlighting methodology and about the five verses marked in green. And again, you can see this highlighting in the debate by clicking on the 8:06 link above or the Play button in the video just below. To hear more about the quantitative attributes, you can back up three minutes to 5:07 (or just click Play on the video below). You can see Bob's Quantitative vs. Qualitative Attributes presentation also in Post 1B of his written debate with D. James Kennedy's Knox professor of New Testmanet, Dr. Samuel Lamerson. The quantitative attributes, of how much or how little, include the OMNIs and the IMs impeccability, impassibility, and immutability (which all describe a stone idol unable to sin (or even be tempted), to emote, or to change), and omniscience and omnipotence.

- A Comment: On the Bob Enyart Facebook page, Joseph Matthew on Sept. 18, 2014 wrote to: "Jessica Forever-His, I listened to the debate in its entirety and while I agree with you that the open theist position of a 'God that risks' is wrong, James White did in fact say these things [those in the Aftermath video, just below]. Generally speaking he avoided questions and the real issues and only muddied the waters. Bob Enyart pretty much 'won' based on his opening statement and could've remained silent for the rest of the debate and still would have 'won'. Just saying..." 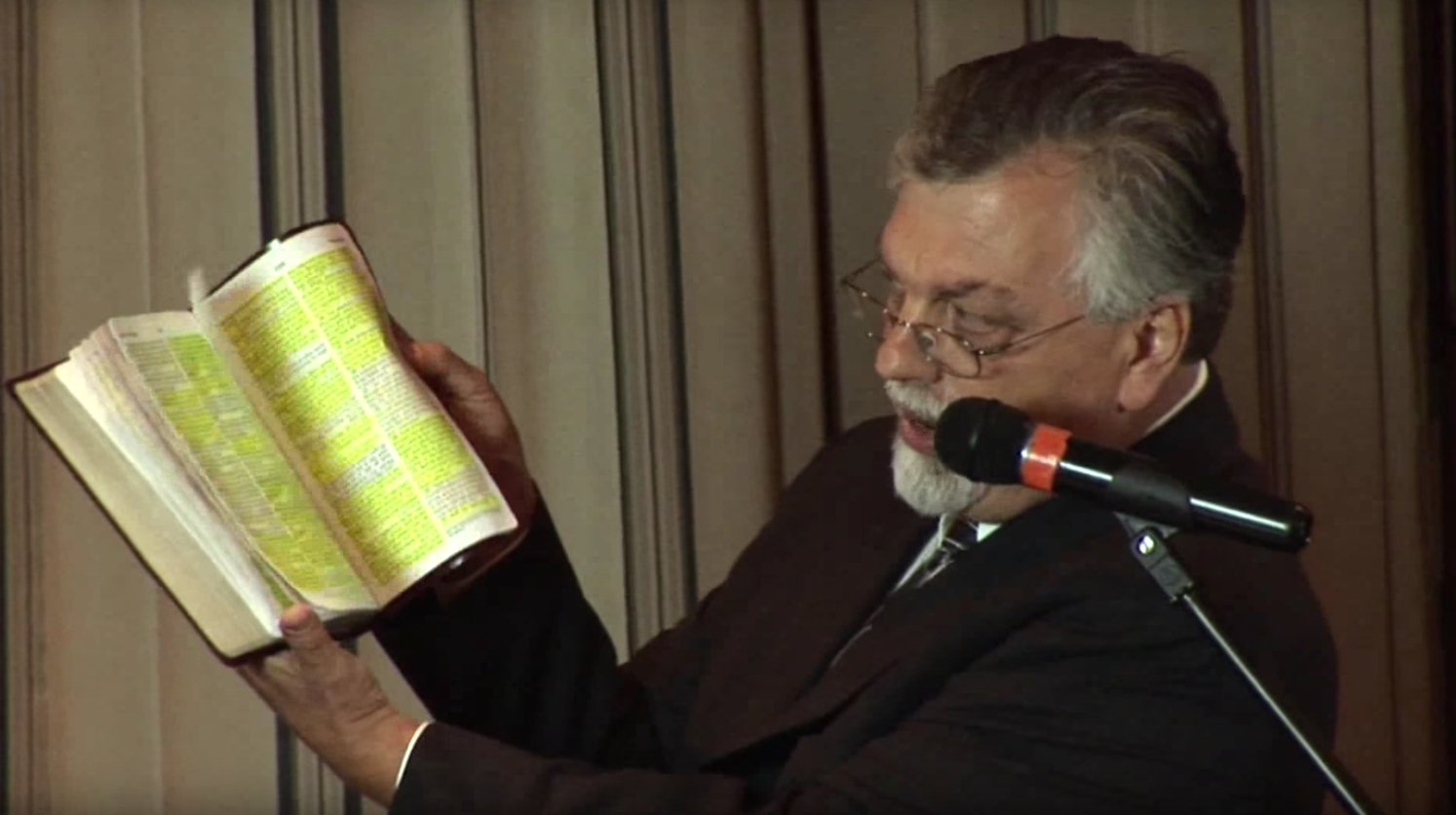 * For the Shocking Debate Aftermath Fully Documented: At opentheism.org/james-white.html#aftermath you can read the comments of R.C. Sproul Jr. and James White who both, startlingly, denied that God the Son took upon Himself a human nature. Sproul repeatedly wrote that: "God the Son does not now nor has He ever had two natures." And rather than politely admonishing his friend, James White threw in with R.C. Sproul's shocking denial of Scripture, and even of orthodox and reformed doctrine, by making the new claim that, "God the Son does not have two natures. I did not 'admit' that He did/does/will etc."

* On White's Arguments from Church History: James White began and ended his debate against open theism with an appeal to the doctrinal traditions of church history. However, consider our radio program and brief article, First 300 Years: Christians Taught Free Will. In debating open theism, we make an effort to quote the Bible in support of this theology, and both the Bible and extra-biblical sources to rebut the claims of opponents. As for open theism itself, when did it first appear on the scene? In the 1900s some claim. In the 1800s others claim. As Bob Enyart claims, open theism has been taught since Peter said that we can "hasten the coming of the Lord" and since Jesus said that "those days can be shortened" and even since God asked Adam to name the animals "to see what he would call them" and said to Abraham, "Now I know".

* Today's Resource: Check out the format and perspective that's most helpful to your desire to evaluate these issues. At our KGOV Store: we have presentations, downloadable or on disc, called Chosen: It's Not What You Think, Bob's 3-DVD or downloadable seminar on Open Theism, and another on Predestination & Free Will and a moderated P&FW Debate! Also, you can get the P&FW seminar in an audio format on a single MP3 CD). And you can also call 1-800-8Enyart (836-9278) to order or to talk with us about which of our DVDs, books, or CD audio teachings may interest you!

*  "Charles Hodge expressed it well": James White claimed as he quoted the following in his book, The Potter's Freedom...

If God cannot effectually control the acts of free agents there can be no prophecy, no prayer, no thanksgiving, no promises, no security of salvation, no certainty whether in the end God or Satan is to be triumphant, whether heaven or hell is to be the consummation.

Yes, that's what Calvinists believe, although they run from it often during debates when they tend to become Arminians. So, as James White said on The Bible Answer Man, by Calvinism, God even decrees a child to be raped. Disgusting and blasphemous.

* James White Refuses to Quote HIMSELF in Article & Video: To further the above, after The Battle at the Palace, White wrote a follow-up article defending his words, again, without quoting his words.

* Now in a Video James White Again Didn't Quote Himself: White's words were only two brief sentences, and he and his supporters have pulled out all the stops to defend what he said, only, without quoting him! This is bizarre behavior. Here's an entire video-length defense White gives of himself, and again, without quoting himself:

So we're still hoping and praying that Dr. White and R.C. Sproul Jr. will simply retract their statements. And in the meantime, the question we asked Dr. White on his Facebook page which he choose to leave unanswered remains: "James White, do you affirm that the Second Person of the Trinity has both a divine and a human nature?"