[Updated through April 15, 2021] Bob Enyart and Doug McBurney condemn the media’s visceral hatred of Christian families, actually, of Christ, which is exposed by our leftist culture’s acceptance and even praise for pedophilia, pedophiles, and pedophile defenders.

* The List: For years, plenty of excuses have been offered and a tremendous amount of positive press and even praise has been heaped on actual pedophiles and on famous liberals who have openly defended child rapists...

- Quentin Tarentino and Natalie Portman on Roman Polanski: Tarentino said, "Look. She was down with it… He didn’t rape a 13-year-old. It was statutory rape, all right? … She wanted to have it." He was later shamed into apologizing. Meanwhile, Portman's support for the #MeToo movement finally and thankfully brough her to apologize for defending the child rapist who had already confessed and skipped bail. Five women have accused Polanski of raping them as children.
- Katie Couric, Charlie Rose, and Prince Andrew attended a dinner party at the home of well-know pedophile Jeffrey Epstein two years after his 2008 conviction.

(Couric, btw, is as disgusting and sexually crude as Matt Lauer and many in the Hollywood crowd, so she fit in perfectly at dinner.)
- ABC & their Good Morning America, Elle, Village Voice, Vogue, NBC & their Access Hollywood for celebrating, all of them, the highly sexualized 11-year-old boy "Desmond" who as widely reported incuding by National Review has posed with a naked adult drag queen, been videotaped on a couch sniffing the arm of a drag queen who was talking about doing an illegal drug (Ketamine), danced in a gay bar and did a partial striptease for cheering homosexuals and pedophiles throwing dollar bills at him.

- Motion Picture Academy, the Academy Awards, Meryl Streep, et al., for celebrating Polanski, the confessed child rapist, child-porn consuming pedophile director with Meryl Streep, et al., giving a standing ovation to the rapist. 2018 Update: Under #MeToo pressure, the Academy of Motion Picture Arts and Sciences, though "40 years in the making", finally expelled him.
- Walt Disney Studios giving a platform to a convicted child molster to direct "Powder", Victor Salva's (quasi autobiographical) film that argues that people (like him) are hated just because they are different. (Of Salva's subtle and not-so-subtle film support for child molestation, in this Disney film the main character gets beat up just after a scene at a boys' locker room shower.) After videotaping one of his molestation incidents, the director spent 18 months of a three-year sentence incarcerated for repeatedly molesting a 12-year-old boy actor from two of his films. With Disney on his resume and still at it 21 years later, molester Salva has gone on to direct his own franchise with his latest film released in 2017 after removing a scene that disgusted even Hollywood film reviewers for its justification, "Can you blame him?" of an adult wanting to have sex with a 13 year old child. Disney effectively mainstreaming a child molester came home to roost in 2018 as they fired James Gunn, their billion-dollar Guardians director,  for his earlier "joking" tweets about sex with children, the kinds of things that Salva actually videotaped himself doing. 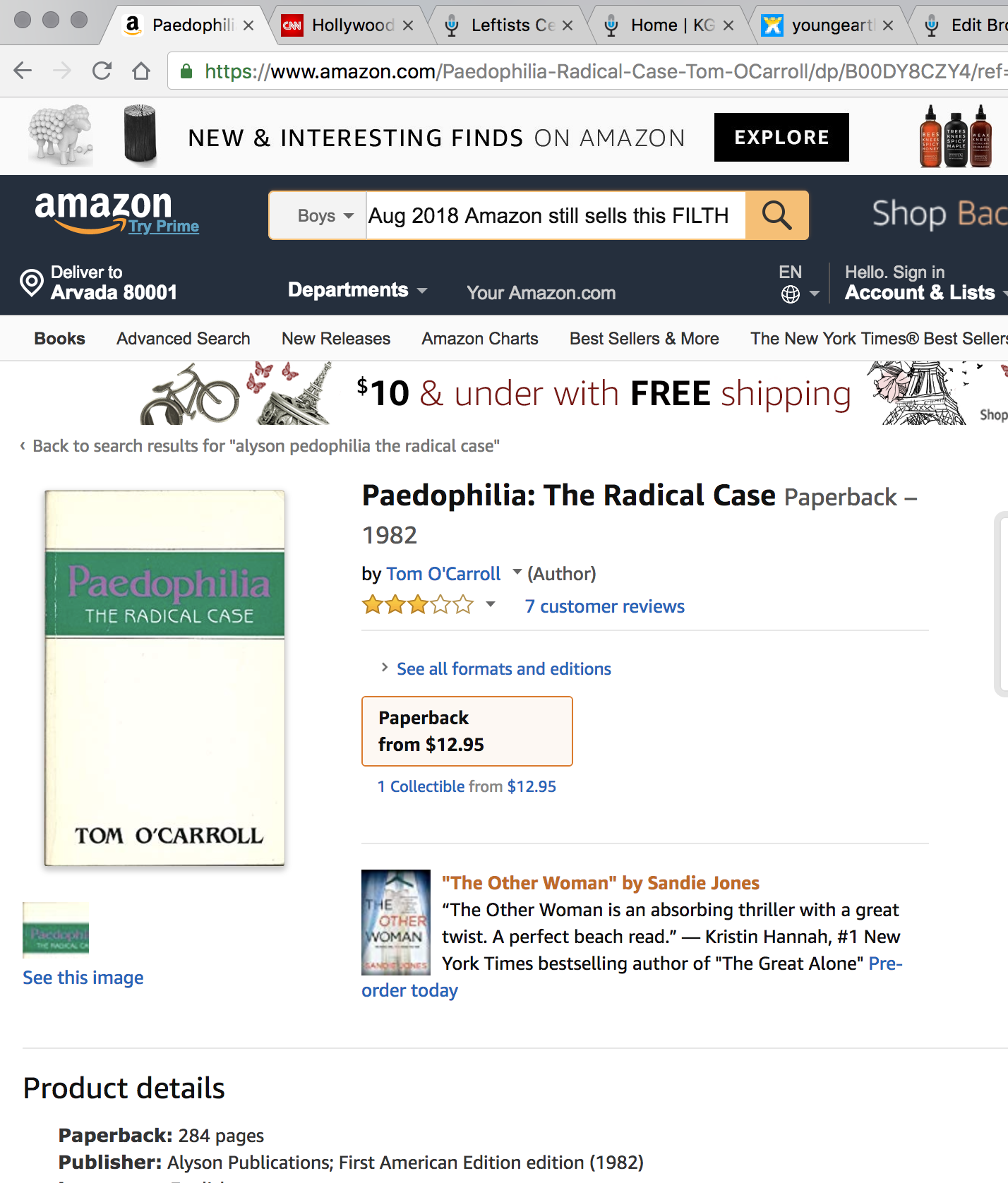 Further, regardless of the specific charge he pled to, because the girl was drugged, let's remember to criticize every media personality who calls it "statuatory rape". For that reason too Goldbert, it was rape rape. (See the hundreds of comments under this video on the BEL YouTube channel from enraged people.)

* Wanna Get Sick from a TED Talk? This pro-pedophiles TEDx Talk was sponsored by the TED Talk organization...

* Corey Feldmen Not His Type: Childhood friend (note: with MJ, that doesn't have its normal meaning) of Jackson, Corey Feldmen has long defending his older friend from child molestation accusations. BEL has long pointed out what that meant, that Feldman simply didn't realize what it means when someone is, "not his type". March 7, 2019 Update: Finally, Corey Feldman realizes (and says) that he can no longer defend Michael Jackson. Truth Wins Out!

* Penn State Coach Joe Paterno: and so many others who defended Jerry Sandusky

* Bill Cosby: sexually molested more than 50 women including a 15 year old girl. (It took the #MeToo movement, but thankfully, public opinion, including that of the left, has turned against this rapist.)

* And then there's the Run of the Mill Hollywood Use of Prostitutes: Of course prostitution is prostitution, regardless of whether the woman being paid is also being filmed for a scene in a movie. Then consider also the never-ending provision of many hundreds of women used by Hollywood megastar (and friend, ally, and fundraiser for Bill and Hillary Clinton and Barack Obama) Harvey Weinstein. When Weinstein and the Hollywood elite hire prostitutes, how do they know whether some of those women are victims of international sex trafficking? What, do they do background checks?

* 2015 Note: On CNN Dr. Drew did not object when his guests referred to Joshua Duggar as a pedophile. Yet tremendous positive press over the years (see above) has been heaped on actual pedophiles and on famous liberals even though they have openly defended and made excuses for child rapists.