* A misogynist commented at this video: "Larry is a great American hero....Lynn Redgrave and Bill Maher are the only ones talking sense." Bob Enyart replied...

Hey O RN, hope you're not addicted. That would not only be destructive, it's also humiliating (although some people are so broken they don't even know when they're humiliating themselves). As I reminded Flynt, he's long published cartoons like the Santa having sex with the young girll sitting on his lap; and the cover image of a woman going into a meat grinder, feeding men's violent sexual tendencies toward women and children. Misogyny is contagious O, and you may have caught from Flynt your lust to see women mistreated and used as though they were objects. It's criminal (whether the law says so or not) to traffic in human sexuallity, for example, to pay a woman to have sex while filming her. Also, of course Maher couldn't admit what is obviously true (even if you only considered the least of the harm, STDs) that it is wrong for a man to cheat on his wife. And Flynt bragged about being a chicken molester. Actually raping and bloodying a chicken. Like I asked the audience, "Where's PETA when you need them." When you think you're an animal, it's no surprise that you act like an animal.

* From kgov.com/porn: The show summary over at Weinstein/Hollywood/MeToo Proves the Prudes Right states... 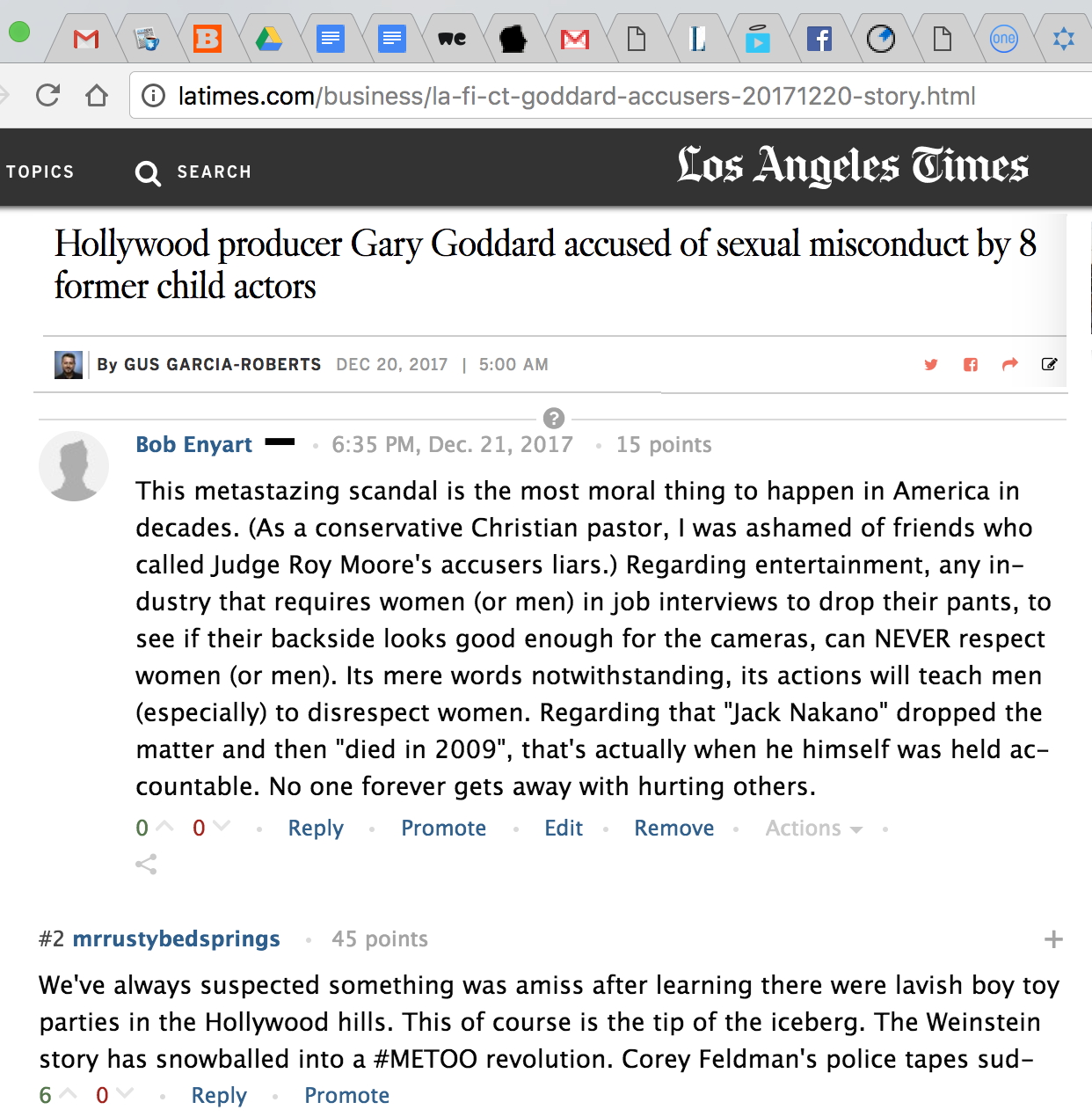