* Would Hydroplate Theory Events Toast Us? Real Science Radio's Bob Enyart interviews Bryan Nickel, a mechanical engineer who's spent 18 years in the missile division of a U.S. aerospace firm, about the criticism that Dr. Walt Brown's Hydroplate Theory would bring catastrophic heat to the Earth's surface during the global flood. The guys address four critics, anti-creationists Glen Kuban and Tony Reed, and fellow young-earthers Danny Faulkner and John Baumgardner, listing their combined twenty arguments claiming the HPT would boil the oceans, cook the atmosphere, and melt the crust. Then Bryan and Bob list a dozen factors they will employ over the next few programs to evaluate the heat transfer of the HPT including that expanding gas cools rapidly, the behavior of directed energy, the significance of boundary conditions, the role and behavior of supercritical water, and the nearly heat-neutral fusion of heavy elements. 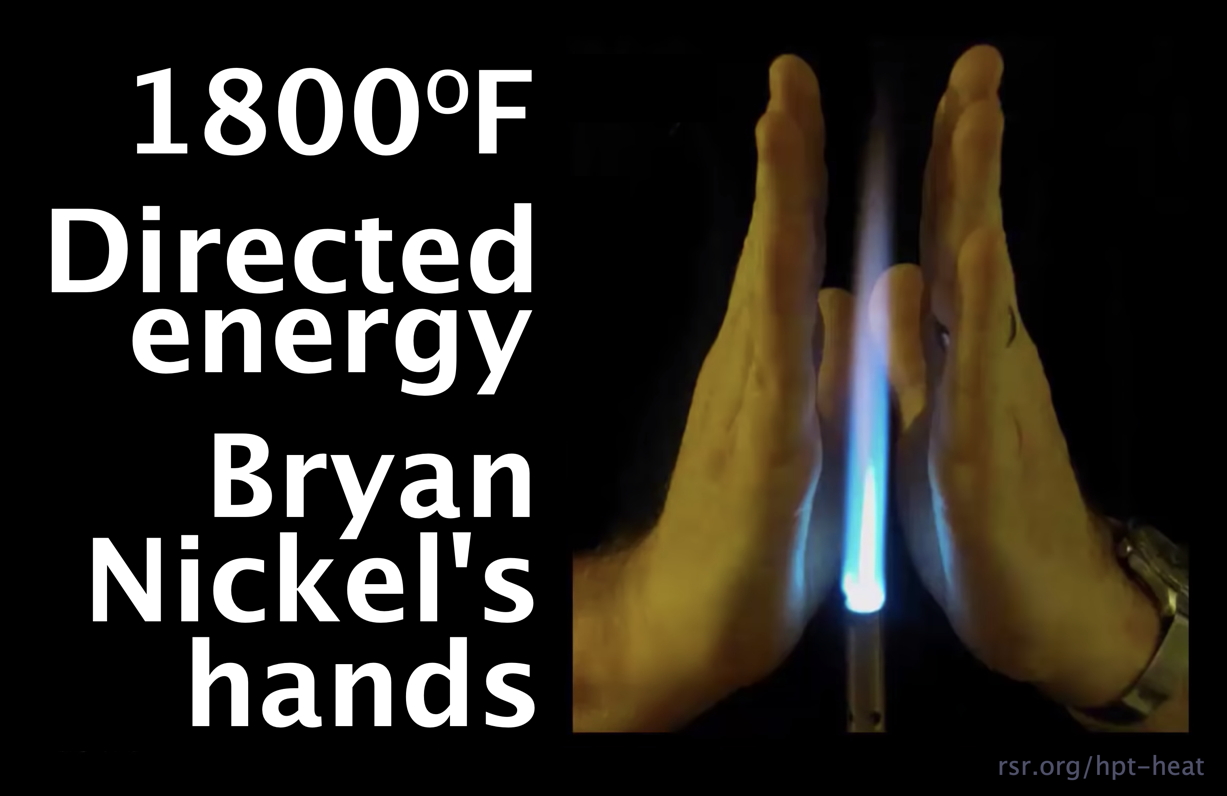 * Twenty Specific Criticisms: The critic's name links to his criticism:

Glen Kuban: From the anti-creationist website called paleo.cc, argues that:

1. The release of pressurized water in the eruption of the fountains would deposit tremendous heat energy on the surface of the earth.
2. The temperature of the flood waters coming up from below, being supercritical as Walt Brown indicates, were at least 1300oF.
3. The HPT suggests that half of today's ocean waters were once below the crust so that mixture of hot SCW with the surface waters would virtually boil the oceans.
4. The massive friction from the sliding, compressing, and thickening continents would produce tremendous heat.
5. The massive lava fields and other volcanic activity occurring within the short young-earth timeframe.
6. Much of the sub-crustal water that jettisoned into the atmosphere fell back to earth as scalding rain.
7. Dramatically accelerated nuclear decay would produce lethal heat (and radiation levels).

Tony Reed, from his YouTube channel Creationism taught me real science argues that:

8. The Supercritical water would have transferred its heat to the atmosphere and scald the planet in part because although air doesn't conduct heat well, “steam conducts heat very well”.
9. A temperature differential of a few degrees produces wind and the HPT has a 1,000-degree differential so that would easily generate powerful winds that would spread the heat throughout the atmosphere.
10. The depressurizing water and the superheated steam and air would become a blast wave.
11. Water and crustal debris ejected to the upper atmosphere will not be able to cool down from the main two methods of heat transfer, conduction and convection, but only from radiation which is less effective.
12. After the first 40 days when the fountains of the great deep are no longer launching debris into space nor even into the atmosphere, but the flood level continues to rise for another 110 days so all that superheated water is going directly into the surface waters.

Danny Faulkner, astronomer at Ken Ham's Answers in Genesis, in a CRSQ paper, argues that:

13. A back-of-the-envelope calculation shows that life couldn't survive the overheating of the troposphere that would occur even if only a tiny fraction of the HPT's kinetic energy transfers from the jets to the atmosphere.
14. Water moving at the speeds Walt Brown indicates for the fountains of the great deep [escape velocity is a minimum of 7 mps and up to 32 mps to launch the retrograde comets] would produce tremendous turbulence which would slow down at least a portion of the water jet and transfer kinetic energy to the atmosphere.
15. The leading edge [or the top] of the jet of water would transfer momentum to the atmosphere slowing the leading edge producing a a cascading effect slowing the water below it, and so on, causing the jet to spread horizontally.
16. The HPT posits fountains of water moving at Mach 150 such that Bernoulli’s equation indicates a very large pressure difference that will drive air into the jet and thermalize the kinetic energy.

John Baumgardner, the creation geophysicist formerly with Los Alamos Nat'l Laboratory, who went on to work for Henry Morris at ICR, argues that:

17. Regarding the HPT's origin of Earth's radioactivity, the extreme heat released from radioactive fission of super-heavy elements would melt the Earth's crust.
18. Using Dr. Brown's own energy estimate on the order of 1030J of kinetic energy carried by the fast neutrons from super-heavy element fission [see Bryan Nickel's video for context explaining that these neutrons produced the deuterium in comets and in today’s oceans] results in the kinetic energy of the fission fragments being estimated at 33 times that of these fast neutrons with the waste heat arising from these fission fragments alone being on the order of 1031J, enough to vaporize the entire granite crust hundreds of times over.
19. This waste heat from the fission of super-heavy elements would be dwarfed, by a factor of ten, by the much larger amount of waste heat released in the fusion process which the HPT proposes for the creation of the super-heavy elements.
20. Thermal energy on the order of 1030J dumped into the [then estimated at] 3/4-mile thick layer of water beneath the granitic crust, being ionized, would turn into a hot plasma and be so energetic it would blow off the Earth's crust.

* RSR to AIG, ICR, CMI, & CRS: ARD melts CPT. Dr. Walt Brown's creationist critics support a competing flood model called Catastrophic Plate Tectonics which has its own heat problem with CPT advocates admitting that accelerated radioactive decay would melt the crust. They appeal to miracles first, for the primary mechanisms of CPT, and secondly, to remove the heat. HPT, in contrast, observes physical processes that both trigger the flood and mitigate heat. Dr. Brown, incidentally, received his Ph.D. from the Massachusetts Institute of Technology's Heat Transfer division in their engineering department while working in MIT's heat transfer lab. This program is the eleventh installment in our ongoing Answers metaseries. (Coming in 2021: Lord-willing, Bryan Nickel's video, Hydroplate Theory: Answering the Heat Problem.)

* Twelve Factors Help to Answer Flood Heat Objections: This list provides a roadmap for the listener to know where we will be headed over the next few episodes as we evaluate the heat consequences of the hydroplate theory. (Italics indicates material added after the series ended.)

1. Fluids cool rapidly as they expand (as in from below the crust to the surface) as well described by the Joule-Thomson effect.
2. Directed energy comprised of molecules with great momentum strongly resists change in direction.
3. Boundary conditions, rather than total amount of heat, determine how much will transfer, e.g., to the atmosphere or ocean.
4. Water that is supercritical (its state in the subterranean chamber, and unlike liquid water at Earth's surface) is highly compressible and at sixty miles deep it was compressed by pressure greater than 370,000 lbs per square inch.
5. Understanding the behavior of supercritical water helps to quantify the heat of the fountains including that as it enormously expands to reach the 15 ppsi at Earth's surface the formerly SCW has cooled tremendously according to the slope defined by the Clausius-Clapeyron relation.
6. Outer space functions as a virtually infinite heat "sink" radiating away (cooling) the fountains most energetic water and debris (including much of the heat generated by friction as many water molecules and some debris falls back through Earth's atmosphere); as most of the large (and sometimes hot) solids were ejected into space.
7. Air is a great insulator [like home insulation and Thinsulate].
8. Z-pinch (crustal lightning making heavier nuclei including dangerous radioactive elements like uranium and thorium) is adiabatic (i.e, it doesn't produce heat) and is even called cold repacking.
9. Time, even the duration of weeks and months (or years and even a few centuries of aftermath effects), can allow for the dissipation of large quantities of energy that would otherwise melt more of the Earth than actually did melt.
10. Estimates provided by critics trying to falsify the hydroplate theory can be shown to stop suddenly short of affirming the hydroplate.
11. Forty days and nights (especially the nights) of torrential rain brought massive quantities of supercooled hail down onto the Earth.
12. The specific heat of water (i.e., a watched pot never boils), also called its heat capacity, is higher than any other common substance enabling the surface waters to absorb a tremendous amount of energy while raising its temperature minimally.
13. Greater albedo (reflectivity) of the Earth from increased cloud cover would have significantly reduced incoming solar energy (and reflected away heat radiating earthward from debris falling through the upper atmosphere).

* RSR's List of Answers to Hydroplate Theory Objections: This ongoing Answers series is part of our global flood metaseries available at rsr.org/hpt#metaseries.