The History of Bob Enyart Live

This page is not finished. (Actually, as of 2/2/21, it's hardly even started.) A long-time BEL listener, Jim from Colorado, is an historian. He wrote a bit of a history of Bob Enyart Live, beginning with the early years of the program. If we can locate Jim, we'll ask him for a copy of his work and post it here. Also, if you have information that you think should be posted here, please don't hestitate to send it along to Bob@kgov.com. Thanks! And separately, here's Bob's article, The History of Homosexual Rights (featuring Christians like James Dobson).

On Monday, May 1, 1991, Bob Enyart began hosting his daily talk show on AM 670 KLTT. The BEL podcasts and kgov.com began in 1998. (Here's a page from 1999.) Some moving around the "dial" has occurred and moving from radio to television and to various outlets, but for the majority of three decades BEL has aired on its original KLTT radio home. During BEL's TV, the radio show was often either simulcast or even separately produced but for a few years from the mid to late 90s BEL aired on other radio outlets but not KLTT.

Bob Enyart Live Broadcast: We've aired more than 7,000 radio and TV shows and we've created a virtual Christian worldview wikipedia as explaned at kgov.com/about. The TV program aired for four years in the late 1990s on Denver's broadcast and cable full-power TV station KWHD TV-53 and also on TV in 80 cities nightly for an hour of news talk from Honolulu to Orlando. (We were also simulcast on mutliple networks and satellite channels including on LeSea Broadcasting, National Empowerment Television/NET/America's Voice, and Cornerstone Television.) See our affiliates page for ways to hear BEL's news talk show that airs daily including on America's most powerful Christian radio station, Denver’s 50,000-watt AM 670 KLTT. And you're invited to check out the BEL YouTube channel with a million views as of 2020!

Real Science Radio: Through the 1990s Bob aired many segments discussing scientific creationism. Regular science episodes though did not become common on BEL until after the turn of the century. On RSR Bob Enyart and Fred Williams talk about science to debunk evolution and to show the evidence for the creator God including from biology, genetics, geology, history, paleontology, archaeology, astronomy, philosophy, cosmology, math, and physics. (For example, mutations will give you bad legs long before you'd get good wings.) We get to debate Darwinists and atheists like Lawrence Krauss, AronRa, and Eugenie Scott. We easily take potshots from popular evolutionists like PZ Myers, Phil Plait, and Jerry Coyne. The RSR Archive contains our popular List Shows! And we interview the outstanding scientists who dare to challenge today's accepted creed that nothing created everything. In our archives, you can find the June 9, 2006 program when Fred first joined Bob! It's also at rsr.org/fred-williams-first-rsr-program! Some hardy souls, truckers probably first among them, have begun listening to the very first programs designated "RSR" and continued listening chronologically until they've caught up to current! (RSR would be happy to enter a science contest, pitting our listeners up against the listeners from any materialsts broadcasters, Neil Smokin' deGrasse Tyson, Bill Nye, you name it.) By the way, to locate our earliest currently archived science programs (more may be added later), just go to rsr.org (which actually resides right here online at kgov.com) and click "Last" at the very bottom of the page.

Bob Enyart Biography: Bob Enyart, spokesman for American Right To Life, for 25 years has used his daily talk show toward compelling the government to uphold the God-given right to life from the biological beginning of each child's life. Bob trusted in Jesus Christ as his Savior in 1973 and since January 2000 pastors Denver Bible Church. Before hosting a talk show Bob worked for McDonnell Douglas Helicopter Company designing simulation software for the Army’s Apache AH-64 attack helicopter, and then worked as a computer analyst for U S West, Microsoft, and PC Week. Bob eventually left his computing career for full-time Christian outreach. Bob appears in the Focus on the Strategy DVD series which has helped to ignite America's personhood movement.

Bob organized the effort to display the world's largest protest sign on the side of the Rocky Mountains overlooking Denver when Barack Obama held the Democratic National Convention in Colorado. (Shown in the photo taken two miles away with the actual perspective of the size of the sign as compared to the Statue of Liberty.)

Interviews & Interviewed: In the early 1990s in an attempt at an insult, the Denver Post called Enyart "Denver's own Rush Limbaugh" and in 2015 the cover of Newsweek portrayed him as a "Christian Cowboy" while the London Times described Bob as an "evangelical Dirty Harry". "We were deplorable before deplorable was cool," says the BEL host. The long-time editorial page editor of The Rocky Mountain News, and later of the Post too, Vincent Carroll, corroborated this in 2012 writing that Enyart is a "symbol of what many in America’s educated elite find repulsive." Known by the enemies he keeps, Bob Enyart only debates those on the wrong side of controversial issues, including theoretical physicist Lawrence Krauss, evolutionists like Eugenie Scott, and Scientific American’s Michael Shermer. Bob exposes the liberal in the conservative, as with Ann Coulter, Greg Koukl, and Focus on the Family. He enjoys spats like with Jurassic Park's real-world paleontologist Jack Horner, PZ Myers, Jerry Coyne, NASA's senior astrobiologist Mary Voytek and interviewing scores of other prominent physicists, biologists, geologists, astronomers, abortionists, homosexuals, libertarians, journalists, Christian leaders, and atheists, including late-term 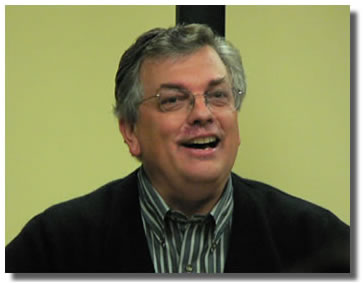 abortionist Warren Hern, Clinton victim Juanita Broaddrick, evangelist Ray Comfort, Mad Money's Jim Cramer, Newsweek's Lisa Miller, Juan Williams, Hal Lindsey, and the Ten Commandments Judge Roy Moore who apologized on BEL for a gross error. See kgov.com/debates and /interviews for many more. Interviewed: Bob has been interviewed hundreds of times by U.S. TV and radio hosts, by the BBC, Time magazine, and Al Jazeera, and Bob’s work has been reported on from USA Today to the Washington Post and People magazine. Many Associated Press and Reuters stories about the program and its host have hit the wire services. Bob appeared repeatedly opposite Bill Maher on ABC's Politically Correct. The Times-Warner nationally-syndicated TV program XTRA has profiled Bob, and he appears in E!'s biography of O.J. Simpson. Enyart has appeared on Court TV discussing the death penalty for Scott Peterson, and on Fox News Channel’s The O’Reilly Factor defending spanking, and has been interviewed by Sean Hannity, and has appeared for hours on MS-NBC including regarding his burning of O.J. Simpson’s memorabilia on the steps of the L.A. courthouse to propose fundamental reforms to America's criminal justice system, which is one of the themes in BEL programming. (See also kgov.com/interviews.)

See also BEL's Top Accomplishments, and in our own estimation our Top 12 Contributions, our RSR List Shows, and our powerful and time-saving Custom Google Searches!

Question for Sam, "If there's global warming...": In the late 1990s Bob once asked his viewers to not call into his own program but instead to call the local host of a Tulsa TV program and ask, "Sam, if there's global warming, why's it been so cold?" BEL aired in that metro area on the full-power KWHB TV 47 and was carried on channel 9 on Cox Cable. We think that Sam Jones aired on the adjacent channel 8, ABC's KTUL. A rivalry developed between the two hosts. On that particular program, instead of displaying the chyron "Call Bob at 1-800-8Enyart" (a number that's been in use for nearly 30 years and still reaches Bob's studio), Bob's director, the late Jim Elliott, for the entire hour of the program put on the screen "Call Sam at 918-xxx-xxxx" (using Sam's call-in phone number). Since the Tulsa program only had a local audience and we aired nationwide in 80 cities from Honolulu to Orlando, of course Bob's audience overwhelmed Sam's phone lines. After the first two callers asked him the same question, and the third told him that his call-in number was being displayed nationally, Sam stopped taking calls for the remainder of that program. Poor Sam.

* Rich Scordato, Agape Kingdom, and Bob Enyart: Bob's mentor in the faith, successful New Jersey restaurateur Richard Scordato, mailed to BEL an issue of the Ft. Lauderdale, Florida Calvary Chapel Magazine. At kgov.com/rich-scordato hear co-host Doug McBurney recite an inspirational account of Bob's early ministry taken from the back page of that magazine. Teenagers and parents alike were brought to the cross by the bold ministry of a teen-aged Bob. 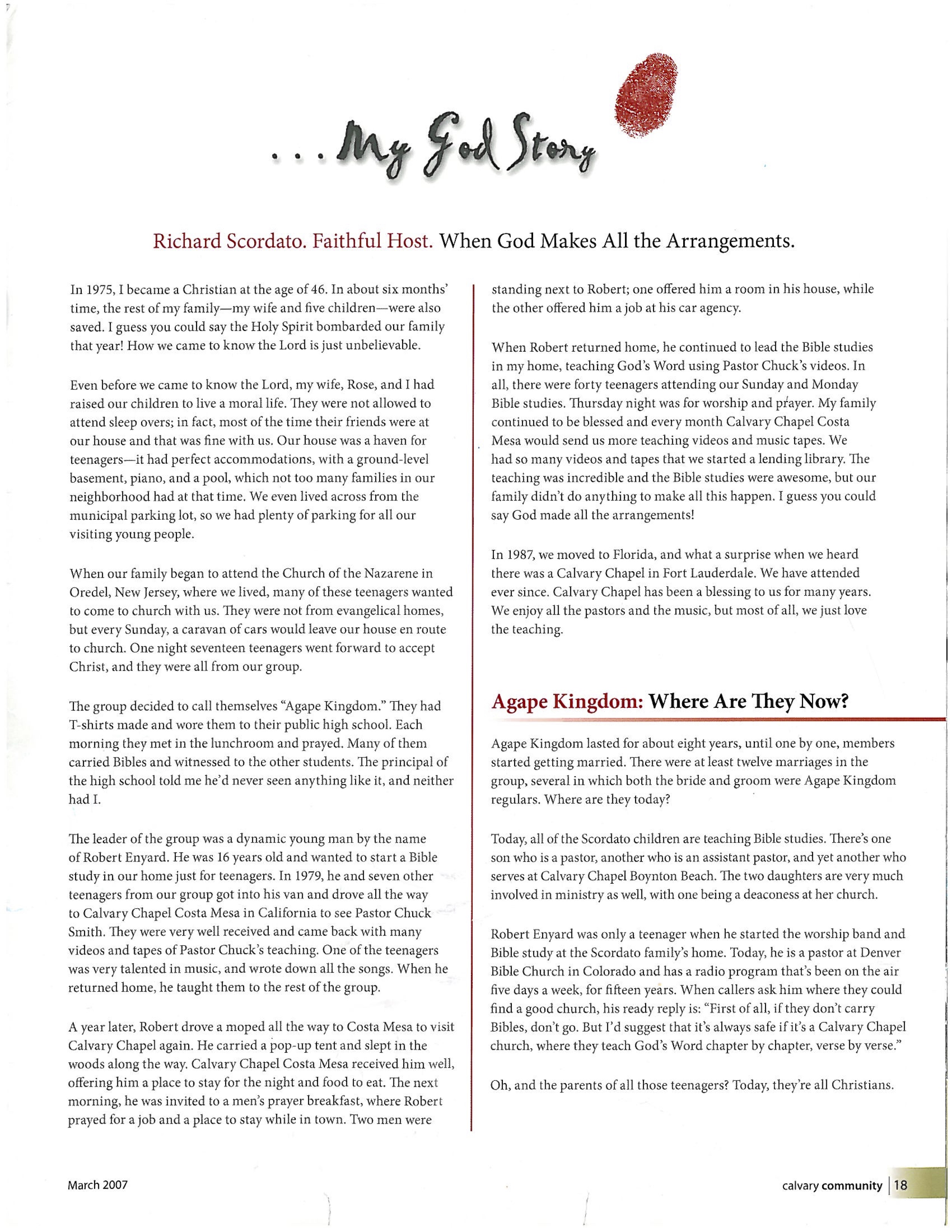 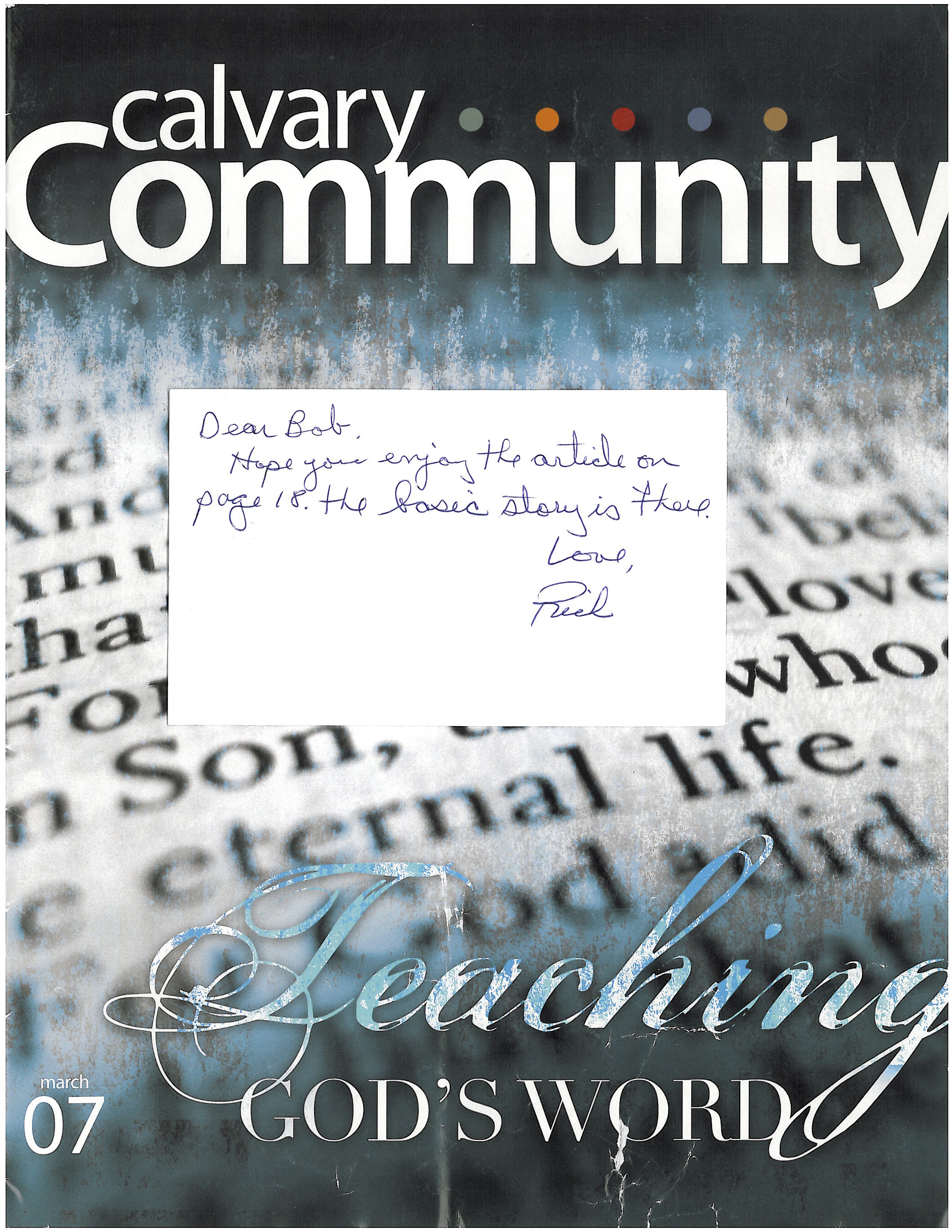 * From Bob's Early Years: Hear Bob share a story from his early years on the April 14, 2020 BEL radio broadcast about a Campus Life fundraising banquet in northern New Jersey.

* The Home Bob Grew Up In: The Enyart kids all thank God for their hard working parents who provided a beautiful home, a built-in pool and (see the inside and the backyard) pool area with bricked built-in grills and a "well" with many of these features built by hand by Bob's hard-working dad, Robert Victor Enyart. 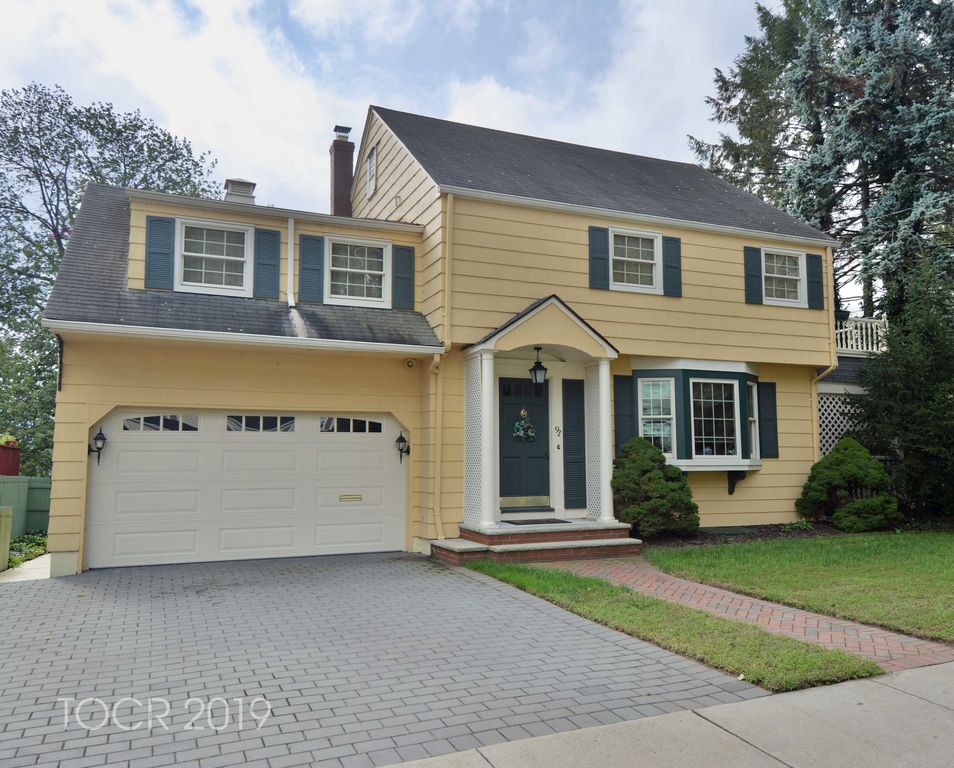 Our Domain Names: We selected KGOV.com because all authority, kingdom authority, parental authority, GOVernmental authority, flows from God and only those with a solid biblical worldview will have the insights to recommend valid public policy on countless issues. (Also, just as east of the Mississippi the FCC-mandated call letters for all broadcast stations start with a W, as in NYC's WABC, west of the Mississippi River all such stations start with a K, as in LA's KABC. So, we're KGOV, not because we're a broadcast station; we're a talk radio program, but so that the talk radio audience would view our domain name as comfortable and familiar, at least those who live in Colorado and throughout the west. :) So see for example kgov.com/crime kgov.com/government and kgov.com/constitution. With ShadowGov.com, when we began podcasting back in the 1990s we had an online role-playing game (like others such as UN for a Day; Congress for a Day; etc.) by which our members were "judges" and they would "rule" on criminal cases, thus our "Ramsey case report" terminology, and our Clinton Rapist report, etc. It's slighly helpful to spread the word regarding our efforts that during the Trump era the idea of a Shadow Government, or the Deep State, became widespread. (Other than that though, the actual Shadow Government / Deep State was anything but helpful.)

Bob's Family: Now and then we'll upload a photo from Bob's family. Here's Pops, our office manager, messianic Jew and Bob's longtime stepdad, aka Al Sharin, who went to be with the Lord February 13, 2018. 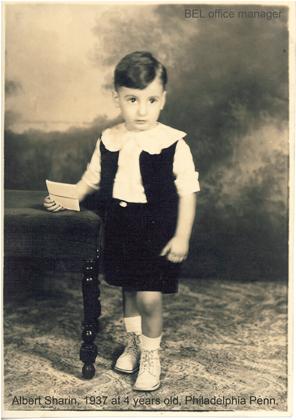 Bob with his grandparents and brothers and sister: 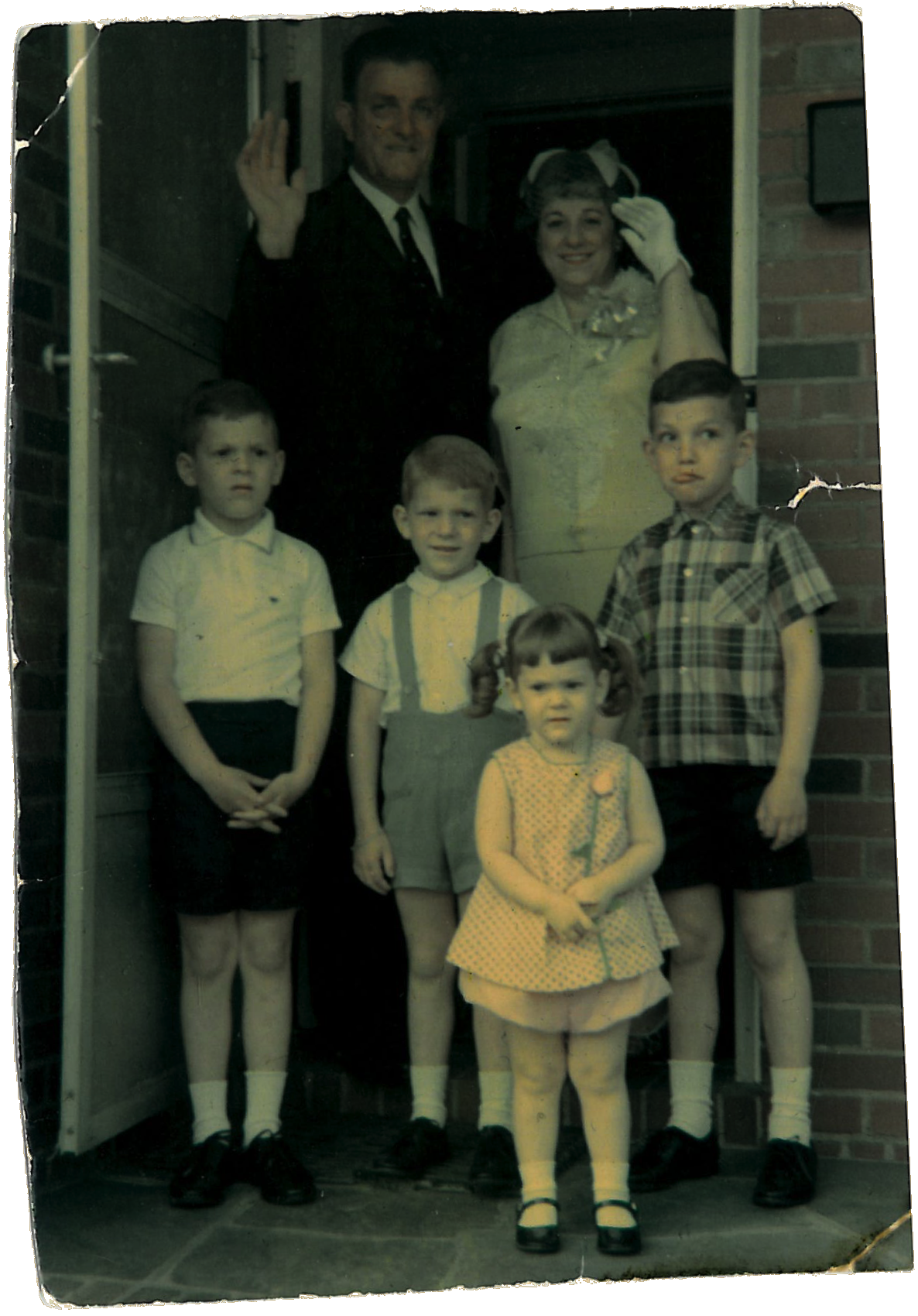 You can see a bit more about the Enyart family here. And this June 1971 photo of Bob and the next oldest brother Brian shows them ready to play in a little league game with New Jersey's Prospect Park Boys Club: 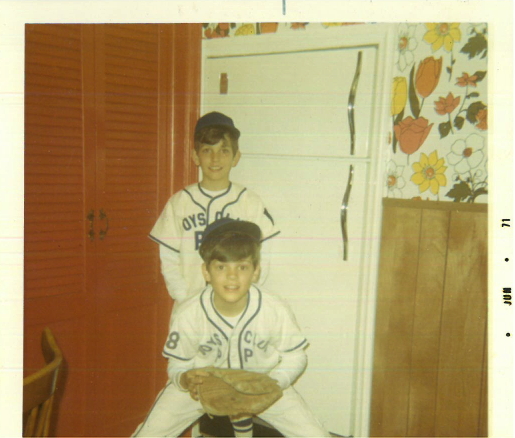