* CBS4, Bob, and the Abortion Billboard: The Drudge Report links to Denver's CBS4 segment on an abortion billboard which contains Bob Enyart's blunt rebuke of the child killers. 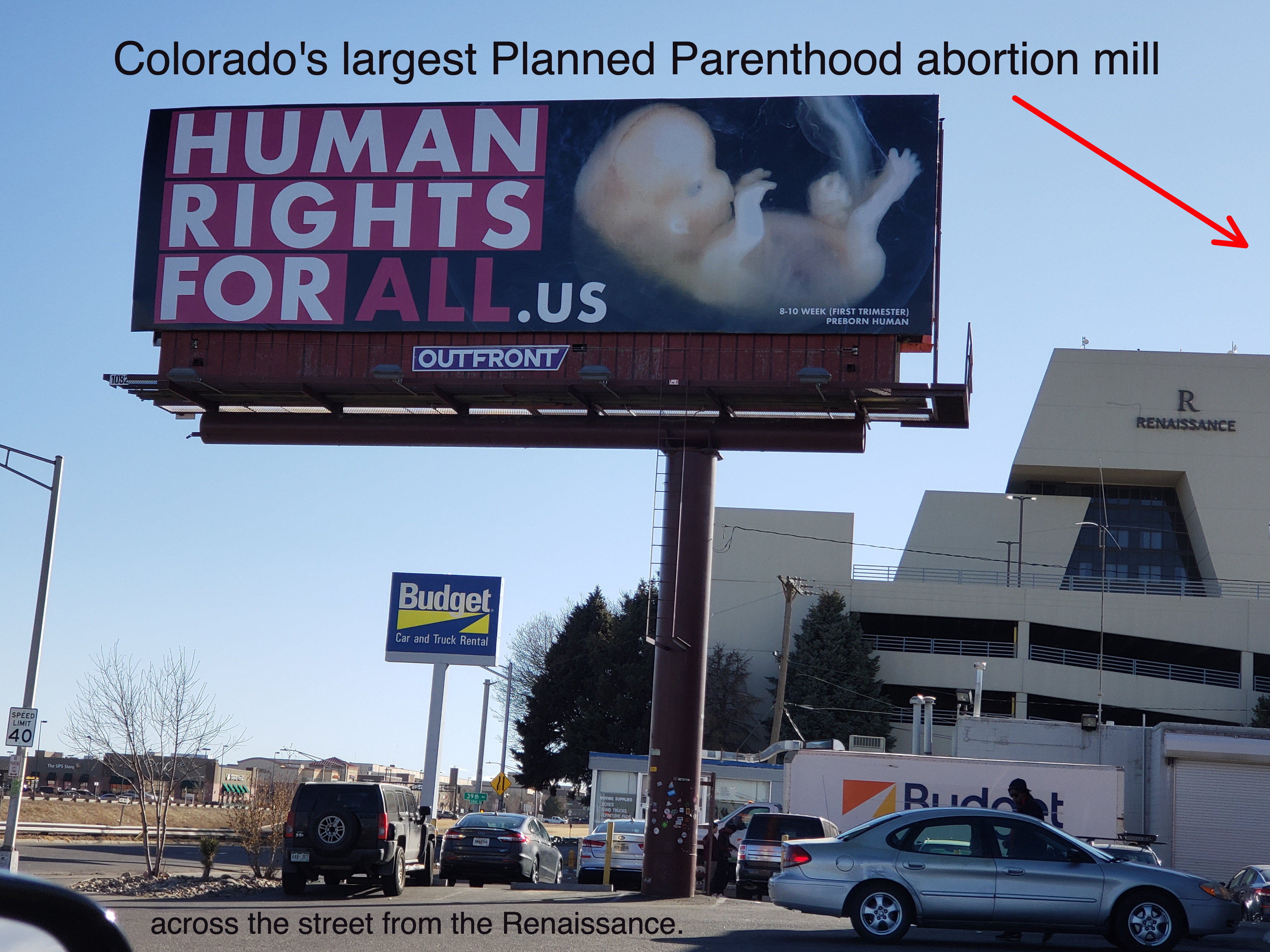 Then Bob discusses the 9News report on the Denver archdiocese priest Neil Hewitt who has just now admitted molesting "8, maybe 9" boys. After the 17 years during which BEL has been pushing for a resolution (whereas the archdiocese has not apologized for stonewalling families) we are deeply grateful for Hewitt's contrition. Now he should be charged. See our Hewitt timeline below.

BEL quoted this Week by Denver's ABC News 7: On the current pro-life regulations:

"None of today's abortion 'bans' are bans. Like Roe v. Wade, they're all child-killing regulations. Abortion is wrong because it's a baby, and it's always wrong to intentionally kill a baby, and that's because children are made in God's image and God said, 'Do not kill the innocent,'" said Bob Enyart, the spokesman for the Colorado Right To Life group.

800,000 Views on our Popular YouTube Video: Finally, Bob airs some of the soundtrack of a popular YouTube dinosaur soft tissue video featuring him, some friends, and others. Hopefully this video's 800,000 views will encourage friends of BEL to take advantage of youtube.com/user/BobEnyartLive and to Tweet, post, and share some of the important videos there!

2019 Update: Former Catholic priest Neil Hewitt has admitted to and apologized for molesting "8,maybe 9" boys. See this on Kevin Vaughan's investigative report on 9News, May 20 & 21, 2019. Now the Denver archdiocese should apologize for long stonewalling family members of victims.

Witnesses (in addition to the nine victims and suspected victims)

* The Question the Archdiocese Refuses to Answer: "Had there been accusations against Fr. Neil Hewitt before the Denver Archdiocese moved him up into the mountains in Leadville, Colorado?"