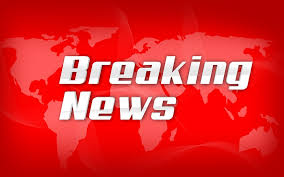 (Update: Due to the STEM school shooting, the Denver media has pushed back by a few days the Hewitt molestation story.)

We expect that next week (now, on May 20, 2019) the media will break wide open the Denver Archdiocese homosexual priest molestation scandal that BEL has been working to expose for 17 years now. Today Bob Enyart gets an update and a recap on the kgov.com/neil-hewitt horror from one of the victim's cousins, Donna Ballentine.

2019 Update: Former Catholic priest Neil Hewitt has admitted to and apologized for molesting "8,maybe 9" boys. See this on Kevin Vaughan's investigative report on 9News, May 20 & 21, 2019. Now the Denver archdiocese should apologize for long stonewalling family members of victims. Related: The Associated Press has found that of the 5,100 priests named by the Catholic Church as having been credibly accusted, 1,700 are unsupervised with hundreds having routine access to children through their work and volunteer efforts.

Witnesses (in addition to the nine victims and suspected victims)

* The Question the Archdiocese Refuses to Answer: "Had there been accusations against Fr. Neil Hewitt before the Denver Archdiocese moved him up into the mountains in Leadville, Colorado?"