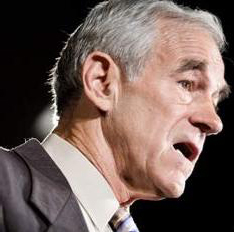 * Ron Paul: is pro-choice state by state: "While Roe v. Wade is invalid, a federal law banning abortion across all 50 states would be equally invalid." 1-31-06. (See AmericanRTL.org/constitution for how even the 5th and 14th amendments, etc., condemn Paul's wicked claim.)

* Steve Curtis: The president of American RTL Action provides overwhelming evidence that Ron Paul and the Libertarian Party promote pro-abortion policies and that pro-life Christians should expose both for being pro-choice.

Updated as of 2016:  1.5 Abortion "Recognizing that abortion is a sensitive issue and that people can hold good-faith views on all sides, we believe that government should be kept out of the matter, leaving the question to each person for their conscientious consideration." 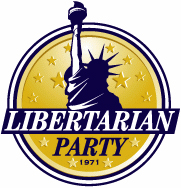 * Paul's ‘Life' Bills Allow Abortion in the States: Sanctity of Life Act of 2007: "the Supreme Court shall not have jurisdiction to review... any case arising out of any statute... on the grounds that such statute... regulates--(A) the performance of abortions." Sec. 3(2) (consistent with other Paul bills)

* Paul's Bills Even Violate Constitution: Ron Paul would allow the use of government authority to deprive innocent children of life and liberty. Paul would require the federal government to violate the U.S. Constitution and tolerate child killing, rejecting the 5th and 14th Amendment: "...nor shall any State deprive any person of life, liberty, or property, without due process of law; nor deny to any person within its jurisdiction the equal protection of the laws."

* Libertarians Assert that Authorizing Murder Falls Under State's Rights: States prosecute murder. They do not have the right to decriminalize murder. God gives no country, state, or any subdivision of government permission to tolerate the intentional killing of the innocent. The federal and state relationship is irrelevant to the legalization of abortion. If a neighboring country legalized the killing of Christians, Jews, children, or any class of person not convicted of a capital crime, it thereby commits an act of war that would justify invasion. God won't and pro-lifers must not give a pass to the federal government to look the other way when American states authorize child slaughter.

* Personally Pro-life Means Officially Pro-choice: American RTL Action opposes candidates who are personally pro-life. The official position of someone who wants to be a governing official matters. If an official is personally against lynching blacks, killing Jews, and aborting kids but will officially tolerate such crimes, we will oppose him.

* Constitutional States Rights are Side Deals: Ron Paul promotes a confused view of states' rights that suggests that the federal government can apathetically look the other way if the states authorize the killing of innocent human beings. No side deal that human beings make between themselves can exempt them from obligation to enforce God's enduring command, Do not murder. So even if the U.S. Constitution explicitly stated that most blacks would be counted for appropriations reasons as three-fifths of a person, or if it explicitly stated that the states have the right to decide whether to authorize the killing of Jews or unborn children, such provisions would be unjust and should not be defended under some perverse understanding of governmental principles but should be opposed by all.

* And Then You Can Kill the Baby PBA Fiasco: Ron Paul voted for the partial birth abortion ban. Any law that ends with "and then you can kill the baby" is a bad law. Thus the PBA ban is a bad law. The U.S. Supreme Court in April 2007 upheld this wicked child-killing regulation in the most brutally vicious decision ever issued by an American court. In their majority Gonzales v. Carhart ruling the court advocated "an injection that kills the fetus" and "less shocking methods" of killing the same late-term children, and the ban explicitly keeps partial-birth abortion legal declaring that the baby can be delivered up to "the navel" and then terminated, turning this ruling into a virtual PBA manual.

* "States' Rights" Violated by Advocate Ron Paul: Ron Paul, in violation of what he sees as a states' rights principle, voted for the federal partial birth abortion ban imposed upon the states. Paul rightly chastised the pro-life movement (which had been led by National RTL) for sponsoring the unprincipled PBA ban, but then he voted for this federal legislation violating not only God's enduring law but also his own states' rights principles even though he acknowledged his fear that this "pro-life" law "does more harm than good" by corrupting the principles of life and further undermining the possibility of legally protecting human life from fertilization. Paul gets a lot of funding from misled conservatives who also gave popular support to the evil PBA ban, so rather than risk alienating these voters, on the House floor Paul lambasted the law, and then voted for it.

* Libertarian President will Punt the Killing of Kids: Ron Paul is running for the nomination for president saying that abortion is not a federal issue. A thousand candidates for mayor have put off pro-lifers with the claim that city government has nothing to do with abortion. Candidates for governor have said abortion is a federal matter. Ron Paul is running for president and he says it's a state matter. God grants no such immunity for the tolerance of shedding innocent blood to any level of government (Deut. 21:1-2, 6-7). These candidates pass the buck, and hope to punt the abortion issue because they see it as hurting their chance to gain power.

Today's Resource: We're at $8,000 of 25,000 Telethon Goal! For our annual February telethon to keep Bob Enyart broadcasting for the next year, instead of listing a BEL resource that you can benefit from, we're listing a resource you may have that can help BEL stay on the air to reach more people through 2009! Donations. If you value the influence of BEL, please consider sacrificially giving a non-tax deductible one-time or recurring monthly gift either online, or by subscribing online to one of our monthly resources at store.kgov.com, or by calling us at 800-8Enyart!