* Programming Note: Earlier this year the producer of an upcoming film promised RSR that their documentary was not a movie about geocentrism. That misrepresentation lead RSR to invite scientists and engineers to a special Denver screening of the film for Real Science Radio. We later apologized to those attendees. Next week on air Bob Enyart and Fred Williams will discuss the scientific and biblical arguments at rsr.org/geocentrism to rebut the documentary, The Principle. Based on the pre-release cut that we saw, the production attempts to mislead the audience into thinking that (1) the latest confirmations of the so-called Axis of Evil, (2) narrator Kate Mulgrew of Star Trek fame, and (3) interviewed scientists Lawrence Krauss, George Ellis, Michio Kaku, Max Tegmark, and John Hartnett, all affirm the film's powerfully refuted claim that our planet is motionless in the center of the solar system and that the universe revolves around the Earth once every 24 hours. For the typical fan of science there's plenty of science to learn in refuting geocentrism, and you can get a head start on that learning prior to our upcoming program by checking out our article at (shortcut URL) rsr.org/eg!

* Sharing the Gospel with Mormons: Bob Enyart learns more about Mormons talking with Mark Cares and Mark's associate, Matt Wilder, who is a son of our earlier guest, former Brigham Young University professor Lynn Wilder. If you like great music, you'll also want to check out Adam's Road, Matt's ministry with his brother Micah and their other band members. 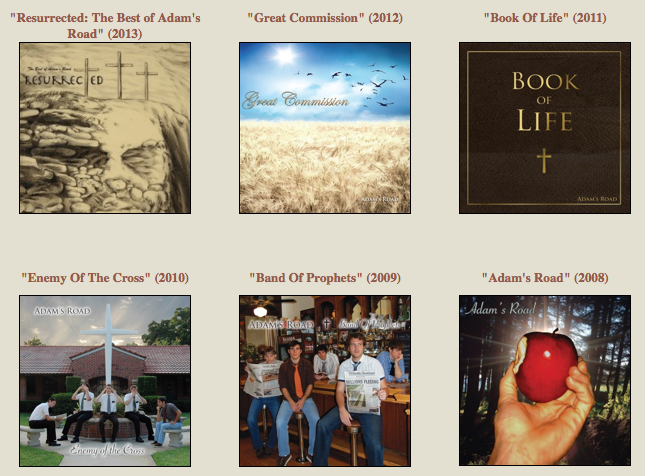 The Deity of Christ: Another Approach

As mentioned on today's program to Mark Cares and Matt Wilder, here is the powerful approach to demonstrating Christ's deity from the Scriptures that goes beyond that (great) traditional proof texts...

What does the Bible say about the deity of Christ? For centuries, as affirmed at the Council of Nicea, Christians have used a wonderful list of verses to demonstrate from God's Word the deity of Jesus Christ. Here is another very different approach to show the same truth. (This is similar to the "Big Picture" approach used in the overview of the Bible called The Plot.)

Thus Saith the Lord: If we count how many times the Old Testament prophets said, “Thus says the Lord” we find them using that phrase, in the New King James Version of the Bible, about 420 times. The New Testament on the other hand, never once records that phrase. Jesus Christ, with all the red ink devoted to recording His words, never once used that ubiquitous phrase, “Thus saith the Lord.” Rather, Jesus proclaims, “I say to you,” in the Gospels! Not a single “Thus says the Lord,” but rather, “I say to you,” 135 times. The following chart demonstrates biblically that these two phrases, Thus saith the Lord, and I say unto you, indicate the same thing, that God is speaking. For Jesus Christ made it clear that He Himself was at the heart of His teaching. Unlike the righteous priests and kings, prophets and the apostles, the Lord focused His message on Himself:

See the full article, The Deity of Christ: Another Approach, here at KGOV.com or you can consider listening to Bob Enyart teach through this important Bible study as the first lesson in our series on the Gospel of John titled, Is this Man God?