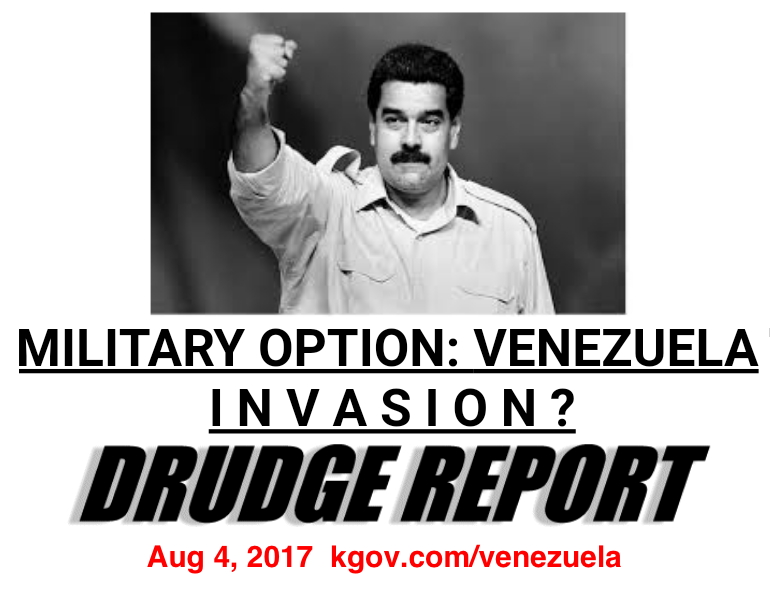 "Mark this date, on Sept. 14, 2016, BEL is calling for
a military humanitarian intervention in Venezuela
to save a million people, men, women, and children,
from starving to death."

Update: Five months later, on, Feb. 20, 2017, Fox News reported on a nationwide study of 6,500 families that in the past year, three out of every four Venezuelans lost 19 pounds.

Update: Two years later the Miami Herald reports that in the first half of September 2018, 40% of Venezeulan stores closed after the socialist government ordered businesses, many already distressed, to maintain prices but increase salaries 3,500 percent.

* The Venezuela Rundown: Some of the developments in this list are so terrible that we started highlighting the reporting news source (instead of just linking to the stories) because it seemed that cursory readers might think these were fake news stories. Behold, socialist Venezuela...
- Reuters: Increasingly, Venezuelan parents are giving their children away to save them
- DailyMail: Starving Venezuelans have taken to butchering dogs in the street.
- CNN: Let them eat rabbit. The socialist government nationalized the farms. Now the president and the agriculture minister are recommending Venezuelans grow their own food including rabbits. With 700% inflation in 2017 alone and though the nation must now import most of its food, those imports have dropped 60% since last year.
- Fox News: Due to food scarcity, 74% of Venezuelans lose 19 pounds in 2016
- AP: After the government seizes their plant, GM pulls out of Venezuela; Ford halted production there in December
- AP: Protesters knock over statue of Hugo Chavez, then four more, then burn down his childhood house, and 44 dead in the unrest of desperation
- In 2017 inflation is to grow 700% more to starve Venezuelans after 2016's 800%
- Reuters 2017: United Airlines for safety reasons ended crew overnight stays in Venezuela back in April and for economic reasons also will end flights altogether in July. American Airlines bailed out in 2016 after the government withheld $600 million in payments in U.S. dollars. Airlines still flying to Caracas are Iberia, Copa, Avianca, and Air France (which by their national anthem still has an affinity for blood-soaked socialist revolution).
- Reuters: Socialist president Nicolás Maduro orders inspection of 700 bakeries and begins arresting bakers for baking pastries instead of loaves, in what he calls his country's "bread war". Reminding Bob Enyart of the socialist Russian insanity regarding railway engineers, Maduro said in March, 2017 that those, "who hide the bread from the people will face the weight of the law. They're going to pay, I swear. Those responsible for the bread war are going to pay..."
- Venezuela's Death Spiral: A dozen eggs cost US $150
- Forbes: Venezuela's Response To Inflation - Just Confiscate All The Money

- Miami Herald: Ruperta the emaciated elephant at the Caricuao Zoo
- NY Times: Skinny Venezuelan man eats rotten fruit from a store's trash heap
- Fox: Venezuela Fisherman Become Pirates, some being murdered
- UK's Daily Telegraph: Starving people kill and eat zoo animal
- Medical Express: Venezuela's hospitals like horror film sets
- IMF: Venezuela had world's highest inflation in 2015 at 160%. Forbes: in 2016 it'll be 2000 percent
- Bloomberg: A Venezuelan stood in six ATM lines just to withdraw enough for a package of rice and...
- With some of the greatest oil reserves in the world, Venezuela is importing oil
- Venezuela runs out of Big Macs when McDonalds could no longer source rolls
- With an ideal climate for sugar production, Venezuela runs out of Coca Cola for sugar production
- The bolivar fuerte replaced the boliver at 1000-to-1 and eight years later a 100 fuerte note is worth just two U.S. cents
- WSJ: Government withdraws 100 fuerte notes; prints 500s; leaves millions stranded with now utterly worthless 100s
- Government confiscates 3.8 million toys to give to the poor (who would rather have a loaf of bread) and jails two toy company executives, as socialist bureaucrats are tasked with distributing the stolen goods.
- etc., etc., etc.

* 12-yr-old Zaida’s Cancer Scans: After Bob Enyart attended the banquet for Zaida Mattson, the CEO of ArcherDX, Jason Myers, joined us in studio to discuss his molecular biology firm's speciality and its part in the targeted antibody revolution in cancer treatment! Listen to that Myers interview here. 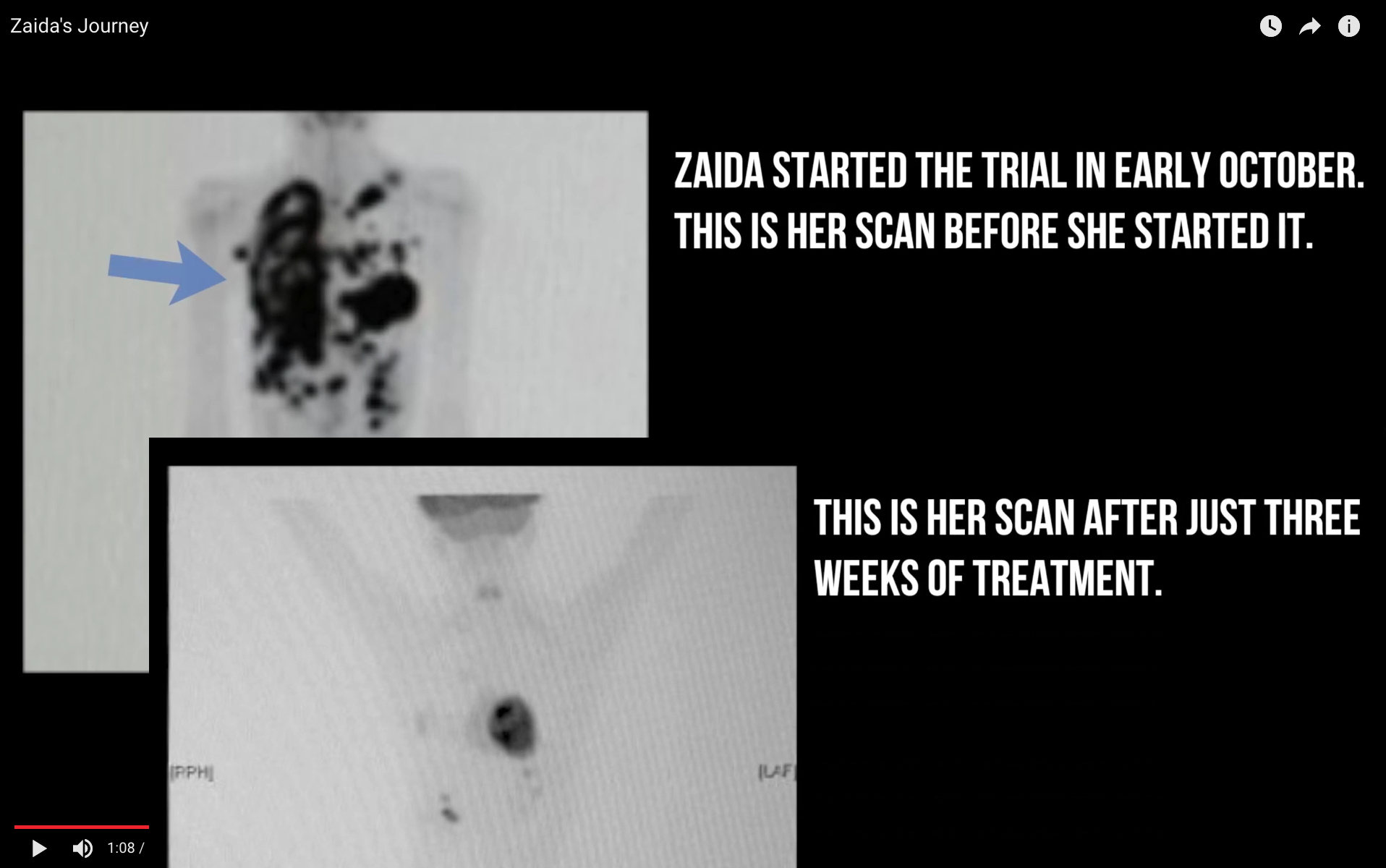