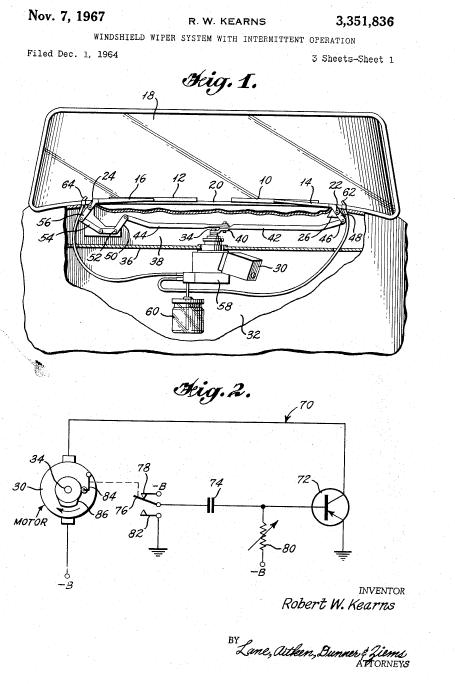 * RSR Prediction #1: Dawkins and Eye Wiring: Real Science Radio makes a prediction that atheist Richard Dawkins will never again repeat his discredited claim that the human eye was poorly designed in that it is "wired backwards." It turns out that the "backwards" wiring of the human eye has extraordinary design advantages including that it enables the rapid replacement of cells destroyed by bright light. Fred makes an ancillary prediction that evolutionists generally will keep referring to this discredited claim. (And see our PZ Myers Trochlea Challenge, when PZ went all ad hominum on us, and so we went all ad hominid on

him.) Our Dawkins' prediction would be falsified the moment he repeats his claim but it can't be confirmed until or unless he turns to Christ, or acknowledges the hand of the Designer, or at least retires from his public activities. See our many subsequent prognoses at rsr.org/predictions.)

* How Should Patents Function? First, some background to our own KGOV proposal. Back in the 1980s for the publisher Nolo, Bob Enyart edited two books on intellectual property, one on Trademarks and one on Copyrights. (Simon and Schuster also paid him for editing computer books.) In 2002 to 2003 Bob was the president of a tech startup called 900Email. His vice president was Jim Fannela, former senior VP of Yahoo Inc. (back when they had money) who managed a fifth of the company’s global enterprise revenue. The CTO was the architect of a leading online airline reservation system. 900Email software enabled users to put a postage price on their email inbox, 1 cent, or whatever, toward ending spam. Well, we tried. :) Anyway, when the USPTO rejected 900Email's application, Bob hired an attorney with the intellectual property division of Patton Boggs (the firm from which Bill Clinton hired Lanny Davis) to prosecute the patent for us. Through those experiences, Bob has come to the conclusion that patents are often handed out too easily, and (almost unavoidably by the current system), politically.

* Alternative Patent System: Here's another KGOV recommendation. We propose that the patent application process be privatized like the Underwriters Laboratories (as in UL Listed). Currently, a government worker judges whether or not an application is sufficiently novel. Instead, the applicant should present the problem that his invention addresses (has solved) to "Patent Underwriters Laboratories". As with UL and the United States Patent and Trademark Office, a fee would be charged for this process. PUL then "crowd-sources" the challenge online to the general public and to engineers worldwide, all of whom have a month to offer their own solutions to the problem. (See TopCoder.com for a real-world successful model.) PUL at its descretion may assign some of it's own engineering talent to the task. And businesses in industries that would benefit from the problem being solved and not want to be at a competitive disadvantage, would likely put their own engineers to work on solutions. All proposed solutions enter the public domain and PUL can offer a cash prize for the best solution. If no equivalent or better solution to the problem is proposed, the patent is granted. Patents are granted for the inventor's lifetime or a minimum of thirty-three years.

Today’s Resource: Get a science DVD, book, or written, audio or video debate from us and this will help BEL continue to reach people with our Real Science Radio broadcasts! Have you browsed through our Science Department in the KGOV Store? Check out store.kgov.com or call BEL at 1-800-8Enyart. Thanks!

For our RSR Friends: in case you've missed it, here's a list of ten atheists we've debated including leading anti-creationist Eugenie Scott of the Nat'l Center for Science Education and Michael Shermer, an editor with Scientific American who in this famous 73-second excerpt on BEL denied that the sun is a light.