Bob Enyart interviews Bevelyn Beatty after NYC police arrested her and her ministry accomplice Edmee Chavannes, for protesting at a Manhattan abortion mill just a mile from where the same week the liberal media promoted mass protests and even defended rioting. Then a viral video presented the ladies preaching as foreign missionaries in Seattle's Province of Chaz. The gals' founded At the Well Ministries to share Jesus, one city at a time! And they're doing it! Bob plays a bit of audio from BEL in 2018 when he met Bevelyn at Denver's abortuary and the two discuss the role of Ken and Jo Scott in mentoring and training this dynamic duo of Bevelyn and Edmee! 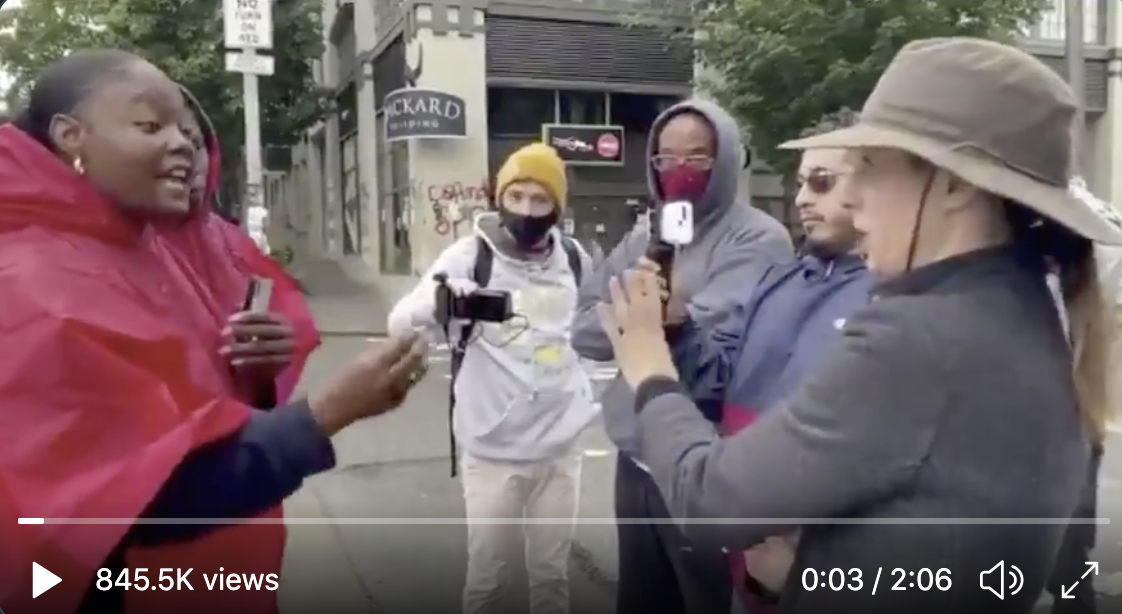 * Liberals HATE Anti-Communists: Hollywood, Hillary, Homosexuals, Humanists, Hillary (did I say Hillary?), et al., HATE anti-communists like Sen. Joe McCarthy, the John Birch Society, and the House Un-American Activities Committee, even though none of these have ever murdered anyone, whereas the left has always had a soft spot in their hearts for the godless communist Soviet Union that killed about twenty million people, until...

* Murdering Millions or Losing an Election? Which is the last straw for Democrats? As long as the former Soviet Union was only guilty of murdering millions of their own people (via democide), leftists had a warm place in their heart for Russia. But let them imagine the Russians tilting one election, and their disapproval rages. Ironically, the actual Russia campaign collusion was when the DNC and Hillary Clinton paid millions for a foreign spy to collect anonymous Russian disinformation in hopes the dossier would interfere with the election. Thus the New York Times won the 2018 Pulitzer Prize for Fiction by ignoring the real ones and connecting dots that never actually connected. See this also at kgov.com/russia.

Enjoy this fast-paced critique of religion where Bob Enyart presents questions such as: When should a Christian lie? Should he ever mock? How about name-calling? Does sarcasm belong in the Christian’s repertoire? How about ridicule? Learn why nice is not in the Bible and how to identify a Nicer-Than-God Christian. If Christians are not supposed to judge, then why does Jesus command us to judge rightly? And if only God will judge, then why does Paul say that we believers will judge the angels, and judge the world? If Jesus logged onto a website forum under a pseudonym, would we recognize Him, or condemn Him? This album communicates well Bob Enyart’s unique style. But, warning, warning, warning, Will Robertson, it is not for the faint of heart.

The Bible tells the story of human history and the work of God for His creation. And as all good stories do, Scripture has a plot! Grasping the big picture will help you reconcile many seemingly contradictory and controversial Bible passages. So consider listening to The Plot series based on Bob’s manuscript of the same title. Then enjoy these book studies and see how the big picture can help you to better know the living God.