Ken Scott joins Bob Enyart in studio to listen to audio clips from Edmee and Bevelyn. These two black gals from back east were shouting out warnings, and offering salvation through Jesus Christ, to the black women and others entering Denver's Planned Parenthood. The abortion clinic administrators, beside themselves over Edmee and Bevelyn's awesome witness, called the police. The police then, not having any valid course of action that would satisfy the abortionists, arbitrarily charged Ken Scott, Jo Scott's husband, with blocking the sidewalk with a ladder. He wasn't. By the way, one of Denver's successful independent home builders donated to these anti-abortionists the tallest ladder (in the first photo, just below) so they could be more effective than when they use their older, shorter ladders (see the last photo, below). The very next day (as seen in that last photo), Bob Enyart stopped by to lend moral support and noticed six ladders where there had usually been one or two. Also, we wish Bevyln Beatty well in her race for the state legislature in Maine! 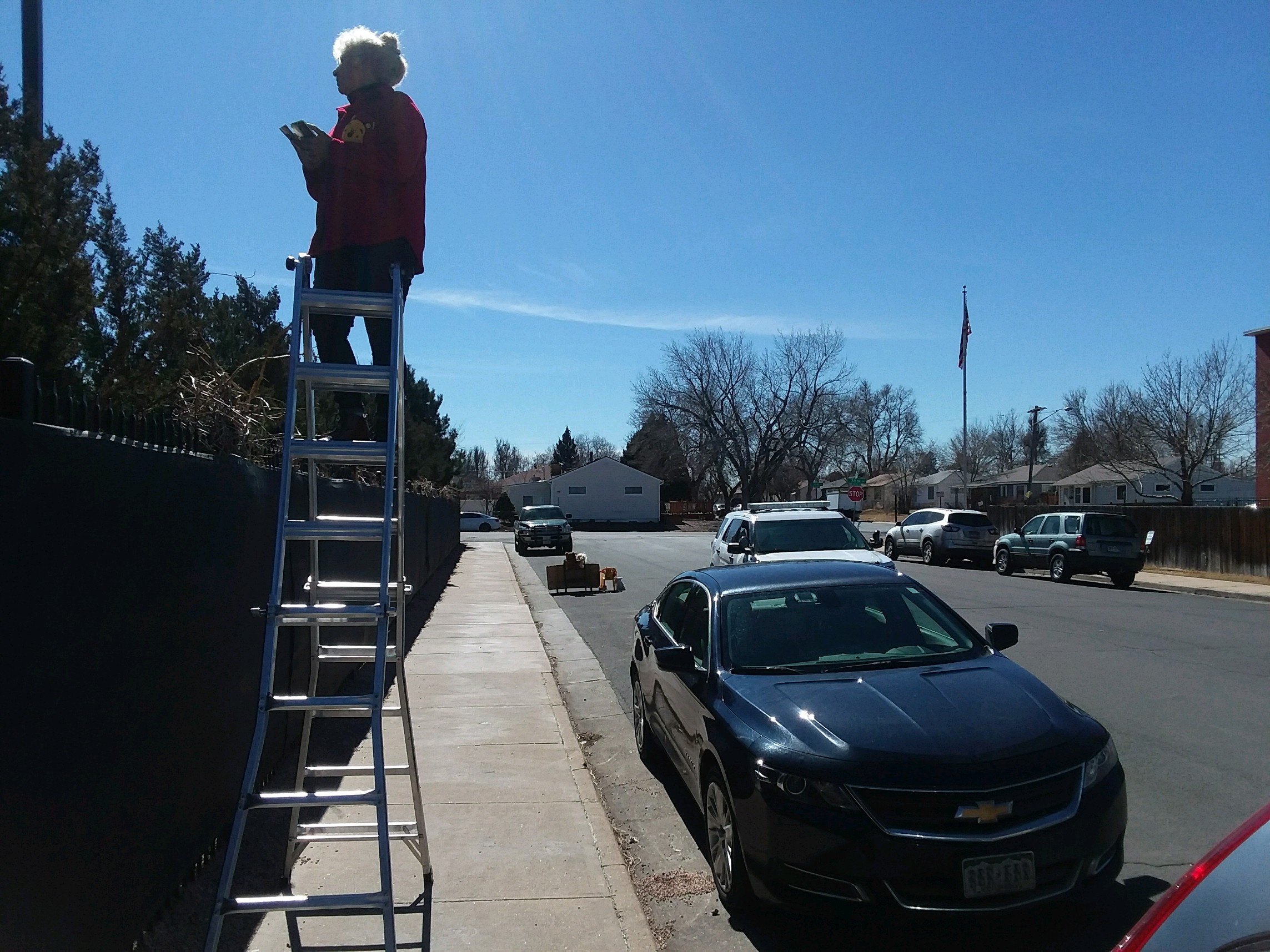 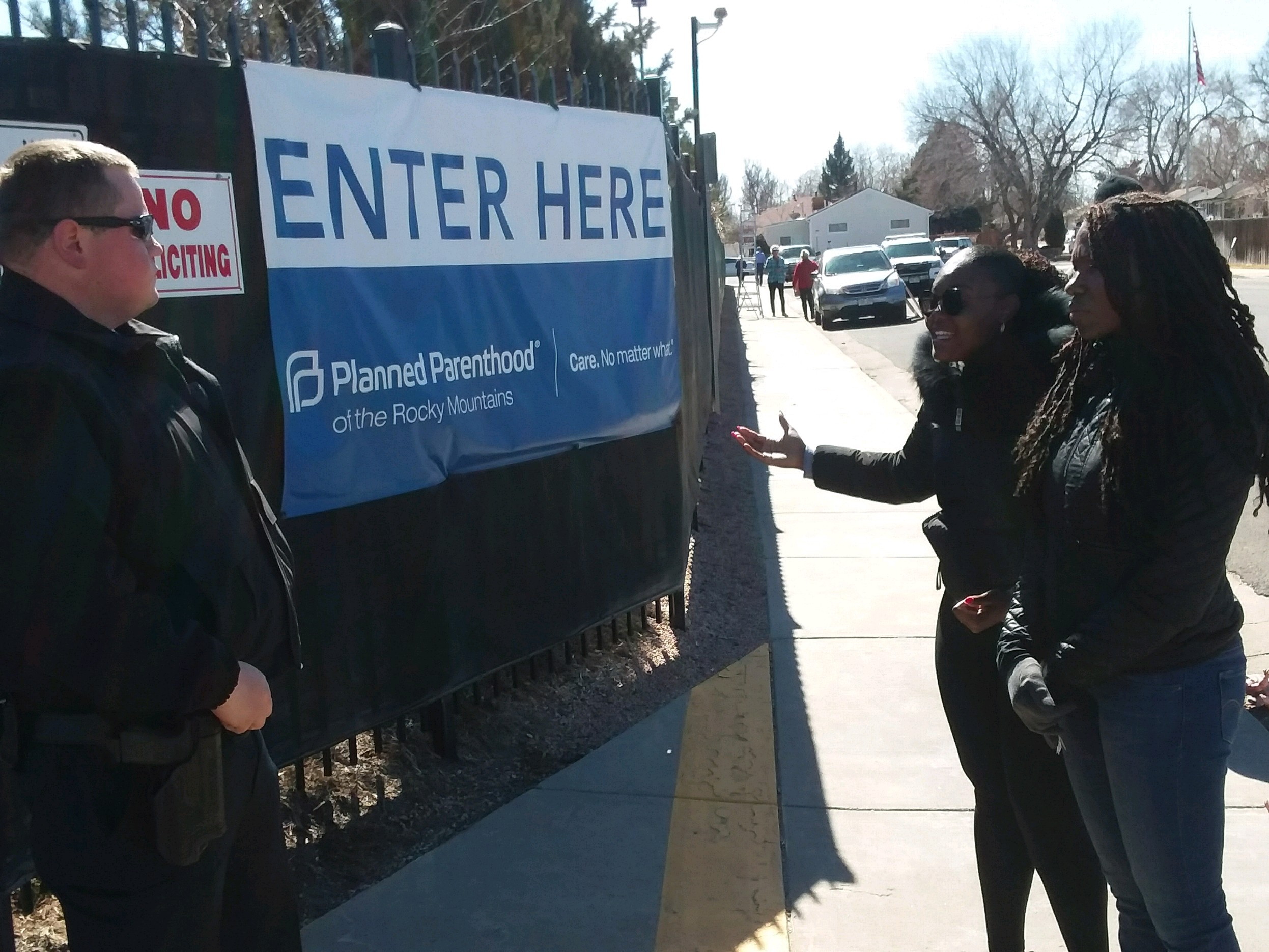 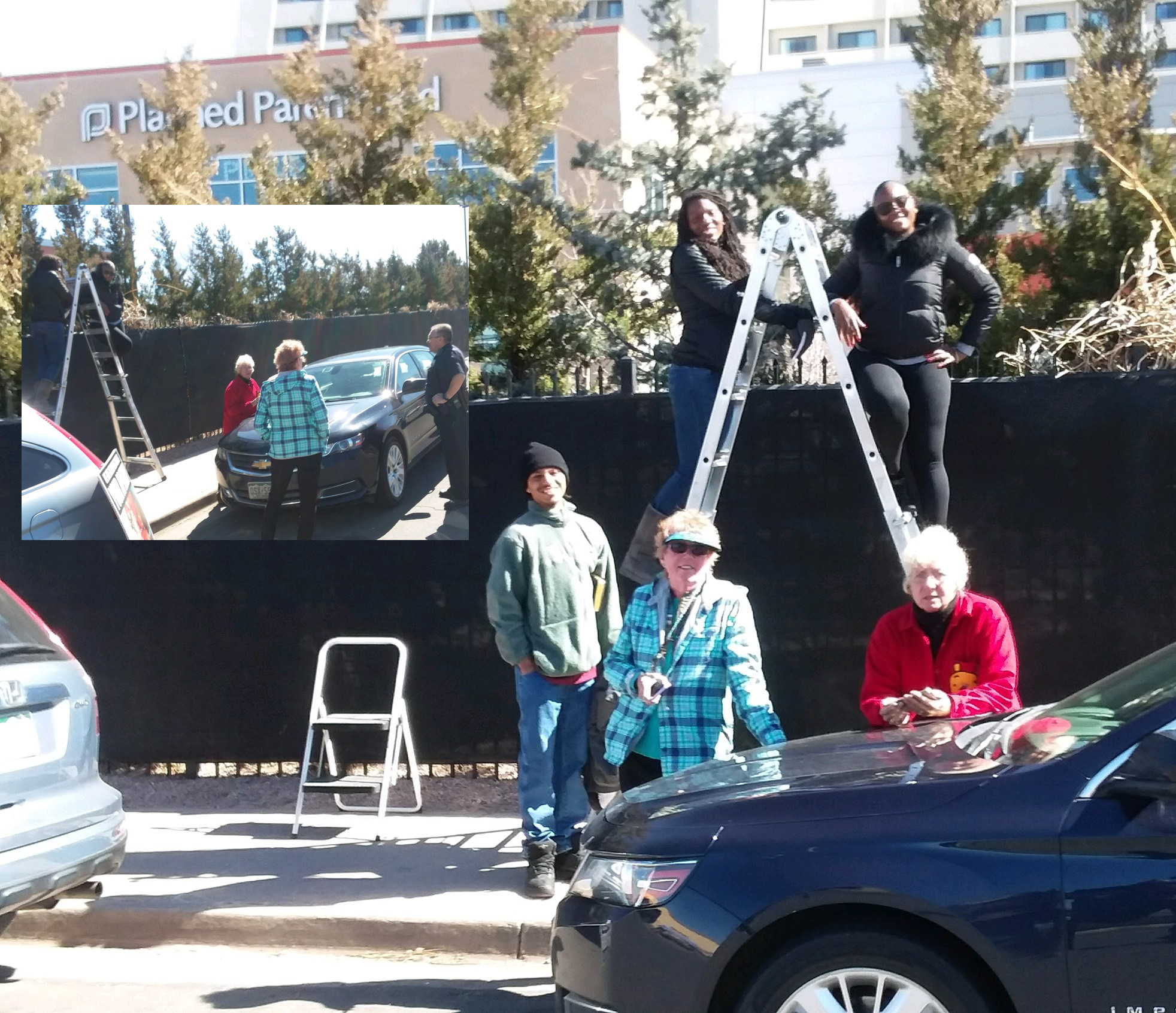 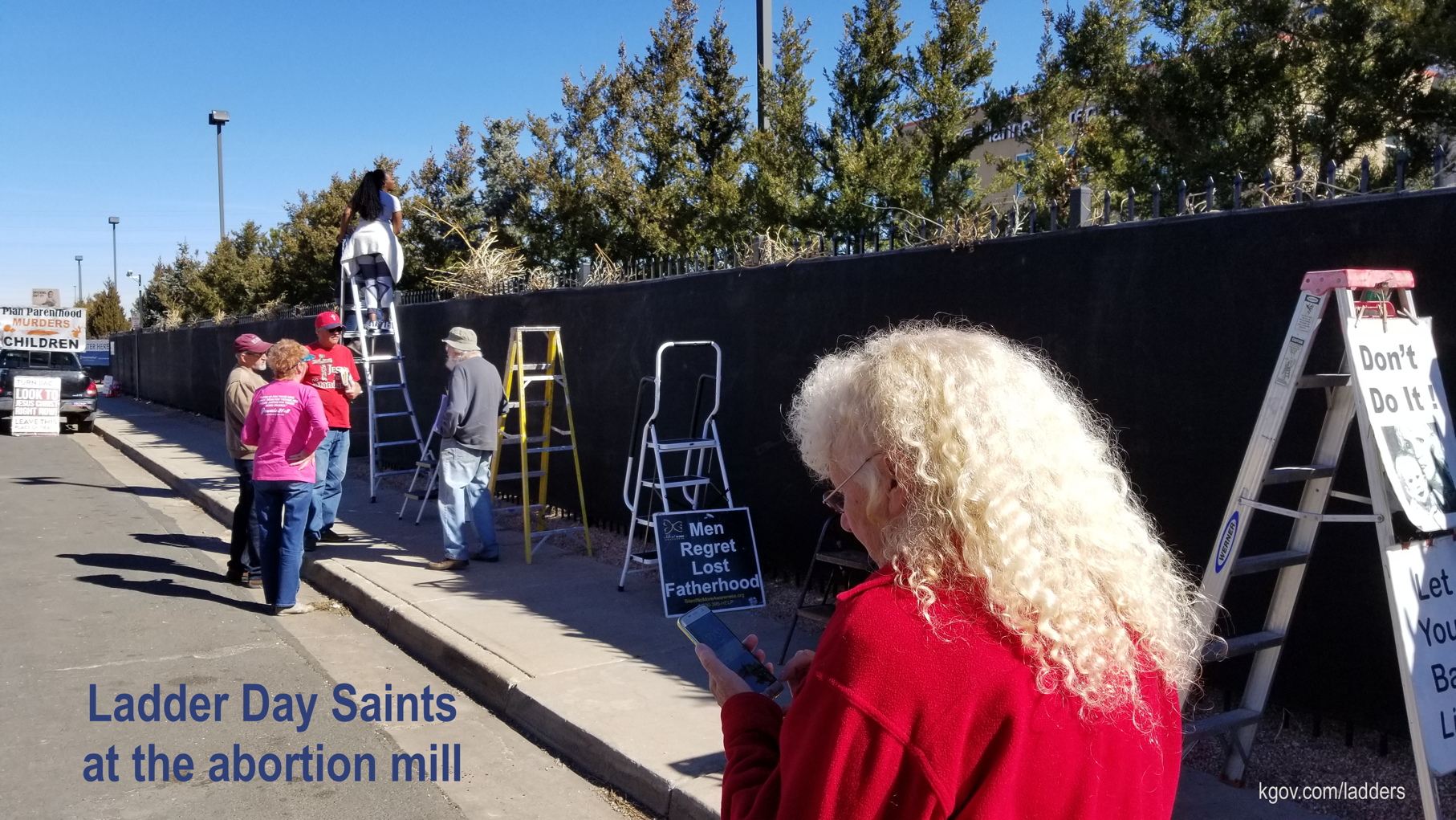 June 2020 Update: Bob again discusses our friends Edmee and Bevelyn (as tweeted out by Diamond and Silk and retweeted by Matt Walsh and thousands of others) for preaching in CHAZ, Seattle's sovereign ghetto-wannabe. Also this month, the gals were arrested back east for pouring paint to deface the massive Black Lives Matter street painting in front of NYC's Trump Towers and they were arrested for protesting at Manhattan's Margaret Sanger Planned Parenthood abortion mill while authorities approved of leftist protests occuring simultaneously. Update to the Update: Rudy Giuliani offered to represent the ladies and all charges were dropped, as was the name "Margaret Sanger" with bore so much anti-black racist stigma that even the racist abortion chain could no longer get away with using their founder's name. And for our Summer of 2020 interview see kgov.com/bevelyn-beatty.