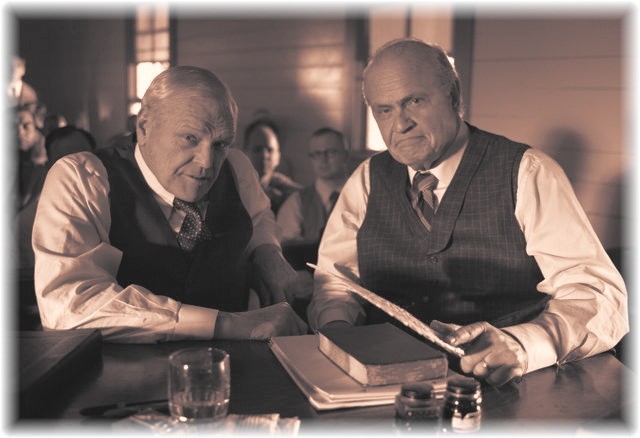 * Bob Enyart Interviews AronRa: Continuing with the Foundational Falsehood videos, Bob has a conversation with one of the web's leading anti-creationists, AronRa.

* AronRa Wrong about Bible Claiming Earth Covered by a Dome: AronRa claims at 7:02 into his 3rd Foundation Falsehood, "If the Bible is interpreted literally, then it is clear that its authors believed that the world was a flat disc, which was originally said to be covered by a giant crystal dome." That popular atheist misrepresentation of Scripture would be valid if the Bible only used a certain Hebrew concept, raqia, to refer to the heavens, but if it applies that same concept to the crust of the Earth, then what is alleged to be a dome is actually the crust of the Earth, then atheists would lose a favorite argument. So, check out the RSR article, What is the Firmament of Genesis 1:8? or these excerpts:

Raqia is the noun from the verb raqa meaning being hammered or spread out, as in working metal into a thin sheet or plate. "They beat (raqa) the gold into thin sheets" (Exodus 39:3). "The goldsmith overspreads (raqa) it with gold" (Isaiah 40:19; i.e., gold-plated). Similarly, God overspread the waters of the earth with the plates of the earth's crust, i.e., the firmament, what Walt Brown calls hydroplates. For "God made the firmament (raqia), and divided the waters which were under the firmament (raqia, the crustal plates) from the waters which were above the firmament" (Genesis 1:7).
...
Firmament (raqia) is used "of the heavens" commonly and eleven times the Bible speaks of God stretching out the heavens... Another three times the Bible says that God raqa the earth itself. This shows, unlike as stressed [by atheists], that raqia very naturally also refers to the earth:

Consider also Aron's false claim that the Bible presents a dome-covered flat earth. As established unequivocally by many including the well-received author James Hannam (check out Bob's interview and debate with this British Darwinist), neither the Christian church nor Christian leaders ever taught that the Earth was flat. (Not surprisingly, the president of the actual Flat Earth Society is, of course, not a biblical creationist, but a Darwinists.) Rather, the claim that the church (or the Bible) taught that the Earth was flat is an example of atheist revisionist history.

Also, AronRa and I argued his claim, which he presents as fact, that, "the Earth is not at the center... of the universe in any respect. The way the Bible depicts the Earth in relation to the rest of the universe is wrong and has been known to be wrong for thousands of years." Actually, the cosmological principle which is today's accepted dogma, is not based on scientific observation but on philosophical bias. And what evidence that does exist regarding the structure of the universe, consisting of the most extensive observations ever collected in the history of science, at least apparently suggests that Aron (and atheists generally) are wrong and that, first, the universe does have a center; and if so, the Earth is in a preferred location, near that center. [Update: See our fun 2013 program, Real Science Radio: The Cosmological Principle.]

* Hollywood Finally Gets Scopes Trial Right: Enjoy this feature film about the Scopes Monkey Trial starring Brian Dennehy (Rambo), Fred Thompson (Law & Order), Colm Meany (Star Trek), Ashley Johnson (The Help), Nathan West and Khori Faison. This great movie Alleged, available at Walmarts nationwide, is accurate to the history and trial transcript of the Scopes Monkey Trial unlike Hollywood's previous Inherit the Wind attempt. Order your copy today. Alleged is available from Amazon or pick it up from your local Walmart or order it online at Walmart DVD or Walmart Blu-ray. Enjoy!

Today's Resource: If you enjoy the science you hear about on our fast-paced RSR radio shows, you'll really love the books, audio, and DVD science materials in our online store's Science Department! And this DVD, Living Fossils, by Dr. Carl Werner, is absolutely stunning! You owe it to yourself, and your loved ones, to watch this DVD! Whether a shark, leaf, or crab, living fossils are a challenge for evolutionary theorists and create a fascinating debate among scholars. Do they indicate a younger earth than thought, placing the millions of years timeline of evolution in question? Or do they represent a deep mystery?