RSR: The Star of Bethlehem 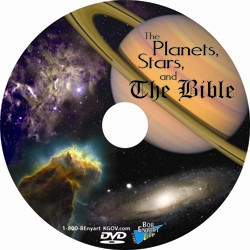 * Boulder, Colorado's Planetarium Show on Christ's Birth: For Christmas Eve, we're enjoying this Real Science Radio rerun about the University of Colorado's Fiske Planetarium presentation of a live program, The Astronomical Star of Bethlehem, by amateur astronomer Gil Buller. From the planetarium's website, "This exciting program examines the sky at the time of the birth of Christ to see which astronomical phenomenon may have been the Star of Bethlehem."

* Orbital Mechanics Help Identify the Star of Bethlehem: Using computer-generated images of the night sky in ancient Israel, this planetarium program does in great style what Bob Enyart's DVD does using more modest computer simulation software. Click to get Bob's classic DVD, The Planets, Stars, and The Bible.