RSR with Walt Brown on the Fountains of the Great Deep

* Do You Know About the Extensive Evidence for the Global Flood? Here at Real Science Radio we've been convinced of the accuracy and the predictive and explanatory power of Dr. Walt Brown's Hydroplate Theory, also known as the fountains-of-the-great-deep flood model. For our landing page that lists our relevant resources, please go to rsr.org/flood. Update: Since this radio program, Dr. Brown extended his theory to incorporate the origin of the TNOs (trans-Neptunian objects) and as a result he has increased the estimated depth of the created crust (the firmament, as in terra firma) to 60 miles.

* RSR History Note: In 2020 a listener asked Bob when did he first read Dr. Brown's book In the Beginning. Trying to recollect, Bob had read Walt's book including all of it's thousand footnotes by at least 2004 in preparation for a debate held at a church just south of downtown Denver. Enyart and a high school science teacher debated The Age of the Earth with two Denver representatives of Hugh Ross' RTB, John Nicholl, the former president of EEGS, Environmental and Engineering Geophysical Society and a University of Colorado mathematician. After the debate by the way, Nicholl asked Enyart in front of the gathered crowd, if the earth really were young, and had recently experienced a global flood, that would mean that geologists should give governments greater warnings about earthquake risks, so do you think we should do that? Bob answered yes, governments should be warned of earthquake risks and of their attendant tsunamis, and volcanic eruptions, greater than that predicted by old-earth assumptions. Since that debate, the world's earthquake causalties has suprassed 770,000 deaths.

* What Triggered the Flood? Earth tides in continental rock average nine inches (21 inches at the equator). Click on this image for the section of our flood video discussing the mechanism that led to the triggering of the flood: 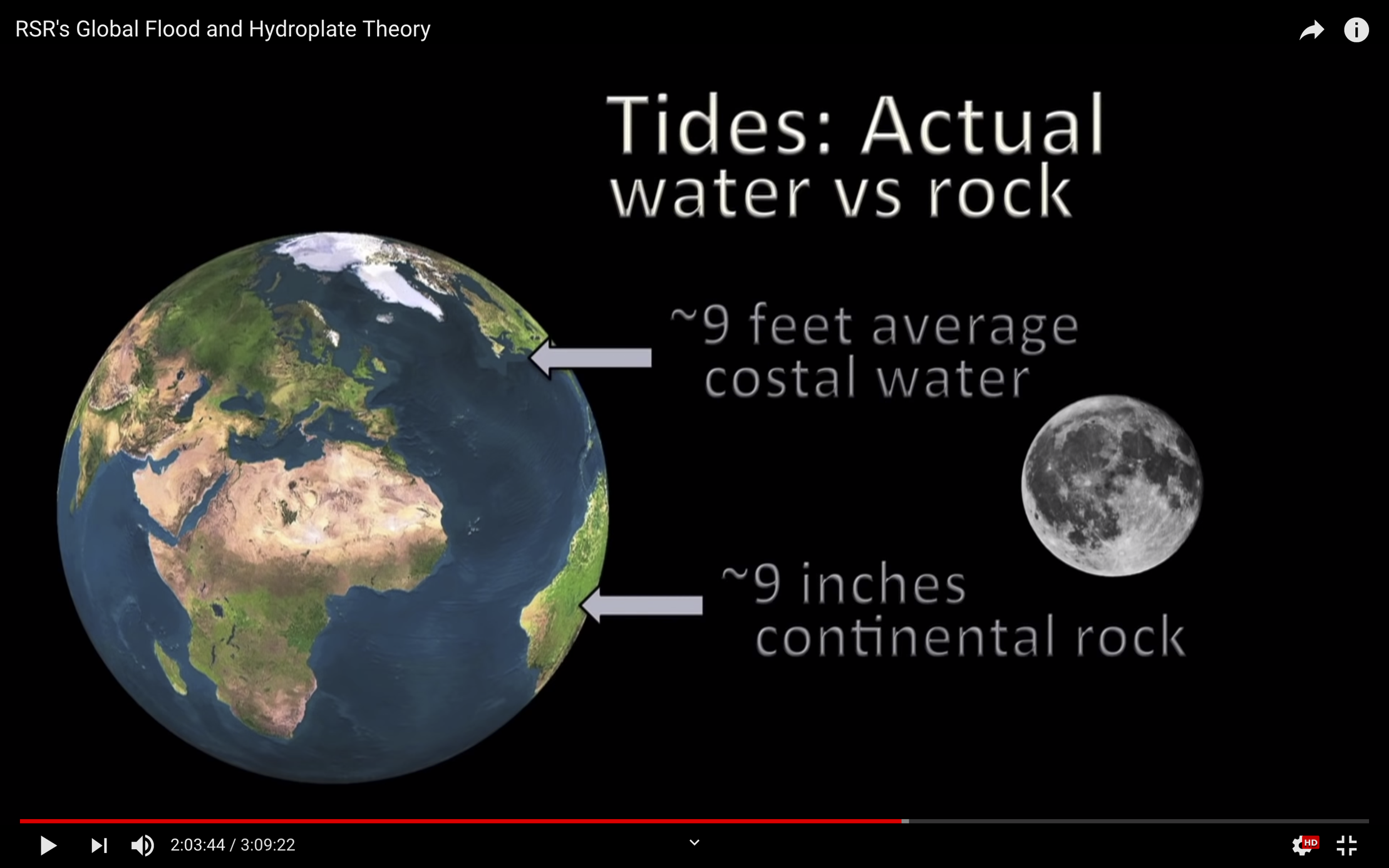 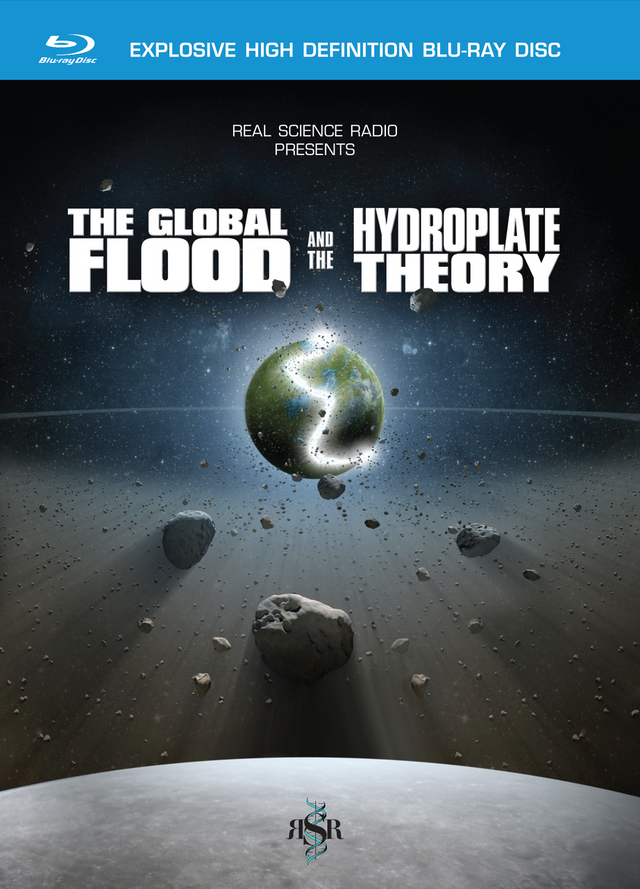 * Get the Best Creation Science Book Ever Written: Just click on the cover of Dr. Walt Brown's book to purchase it from RSR (which also helps us to continue broadcasting)...

* Today's Radio Show Topics: Dr. Brown joins Real Science Radio today to discuss topics from his best-selling book to help us understand:
- that the continents do not fit together well against each other, as presented in the Pangea hypothesis, unless you shrink Africa by 30%, and make other dramatic manipulations.
- that the jigsaw shape of the continents does fit well against the Mid-Atlantic Ridge.
- what formed the 46,000-mile long Mid-oceanic Ridge?
- that the Atlantic Ocean is relatively shallow, whereas the Pacific is relatively deep.
- what formed the deep Pacific trenches including the 36-thousand foot-deep Marianas Trench?
- that the fountains of the great deep launched the solar system's asteroids and comets.
- that Mars is not the source of Antarctica meteorites, but they were launched from Earth.
- that the debris launched from the Earth beat up the moon, which helps to explain why the near-side has suffered much greater impactors.
- that NASA discovered the earth-like composition of comets, including that they contain olivine, a very common class of Earth minerals, confirms an inherent prediction of Dr. Walt Brown's flood model.

* Some of the Scientists and Engineers Supporting the Hydroplate Theory: See also some of Walt Brown's opponents listed just below.

Consider Also: Dr. Henry Morris, Virginia Tech hydraulics professor, founded the creation movement and promoted the vapor canopy theory which had been adopted by the major organizations. Subtly, he implied that Dr. Brown's opposition to the VCT (which is no longer promoted by the leading groups) led to tensions. Ultimately though, Henry supported Walt, if not the Hydroplate Theory itself. However, he did write explicitly of the HPT-like hydrologic cause of the Flood. And at a high-profile moment at the end of his carrer, as you can see him doing in the RSR flood video, Dr. Morris honors Dr. Walt Brown.

* Some HPT Opponents: We draw from this list for our ongoing metaseries RSR Answers the Hydroplate Theory Objections. And see also Walt Brown's supporters just above.

Criticisms of Walt Not Involving the HPT