Post-show Notice: San Bernardino County coroner's office twice denies our KGOV Public Records request for the autospies of terrorists Syed Rizwan Farook and Tashfeen Malik. (The first denial came on April 24 and the second on June 8, 2017.) It has been 17 months, and counting, since that attack. [Note: Chrome's PDF Viewer settings recently changed so if yours doesn't work, click here.] 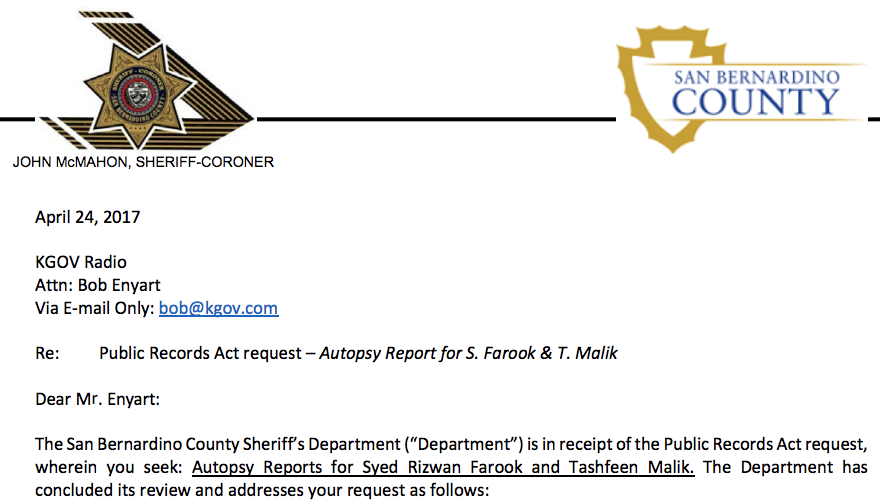 Today's BEL Program: Today the Fox News Channels makes two huge reports, but only one is recognized by the media as big: the firing of Bill O'Reilly. Reporting on that Bob Enyart goes through the case against Bill. Then there's the second report from Fox that, unbeknownst to most, affirms the scientific predictions of the biblically-based Hydroplate Theory, this time regarding yet another peanut asteroid.

BEL exposes the liberal in the conservative. It's what we do.

* RSR Friend Former NASA Scientist Richter Live Saturday Interview: You're invited to tune in on this Saturday, April 22nd, from 2 to 3 p.m. (Pacific Time) to hear our friend and former NASA scientist Dr. Henry Richter interviewed on a San Diego, California radio station. Just click right here on KPRZ, and then on the Listen Live button on the top right of their homepage. And please pray that this interview will reach people with the Gospel of Jesus Christ and the truth that He created us, our world, and the universe, all in the recent past!