Hydroxychloroquine: On the phone today with renowned scientist Temple Grandin (not on today's program; this was after the show) we were talking about the Nature report just out, Hydroxychloroquine, a less toxic derivative of chloroquine, is effective in inhibiting SARS-CoV-2 infection in vitro. Grandin wants everyone to know about this! See more in the NY Times and in this paper in the Nature journal Cell Discovery. (And hear an unrelated audio clip from Temple from the recent Patterns film!)

A screenshot of Fake News on this from CBS: On 3/25/20 CBS intentionally misreported that a man who injested an aquarium cleaning product has taken the "drug" mentioned by President Trump. This widely-reported intentional fake news could scare people suffering from COVID-19 who may be prescribed hydroxychloroquine and it certainly can waste time in thousands of doctor's visits where this drug may be prescribed and the patients ask their doctors, "Is this safe? I heard it killed a man." The mainstream media is filled with alleged journalists. 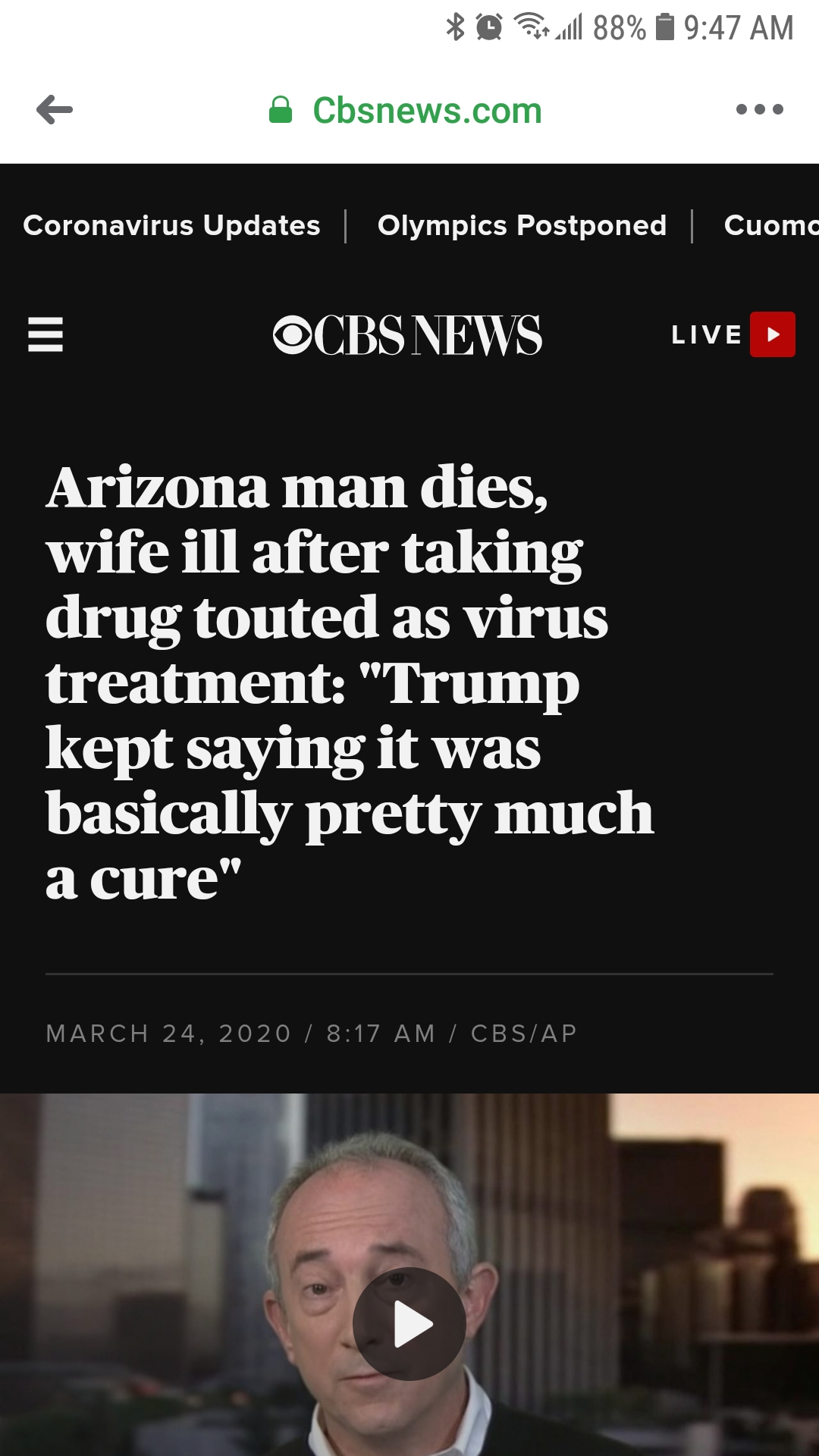 Notice that Charlie Kirk has a much harder time being respectful to a Bible-believing Christian than he does to rebellious homesexuals. And notice too that it wasn't the Christian "leaders" who went out seeking to accept homosexuals but it was those leaders caving into the demand of acceptance by homosexuals. And ask yourself, is it really time to TP America? If so, there's nobody better to do it than Charlie Kirk and TP USA. On today's program, Bob Enyart, Moses, the Apostle Paul, and Jesus make the case against the captain.

Today's Resource: Nicer Than God.  Enjoy this fast-paced critique of religion where Bob Enyart presents questions such as: When should a Christian lie? Should he ever mock? How about name-calling? Does sarcasm belong in the Christian’s repertoire? How about ridicule? Learn why nice is not in the Bible and how to identify a Nicer-Than-God Christian. If Christians are not supposed to judge, then why does Jesus command us to judge rightly? And if only God will judge, then why does Paul say that we believers will judge the angels, and judge the world? If Jesus logged onto a website forum under a pseudonym, would we recognize Him, or condemn Him? This album communicates well Bob Enyart’s unique style. But, warning, warning, warning, Will Robertson, it is not for the faint of heart.

The Bible tells the story of human history and the work of God for His creation. And as all good stories do, Scripture has a plot! Grasping the big picture will help you reconcile many seemingly contradictory and controversial Bible passages. So consider listening to The Plot series based on Bob’s manuscript of the same title. Then enjoy these book studies and see how the big picture can help you to better know the living God.