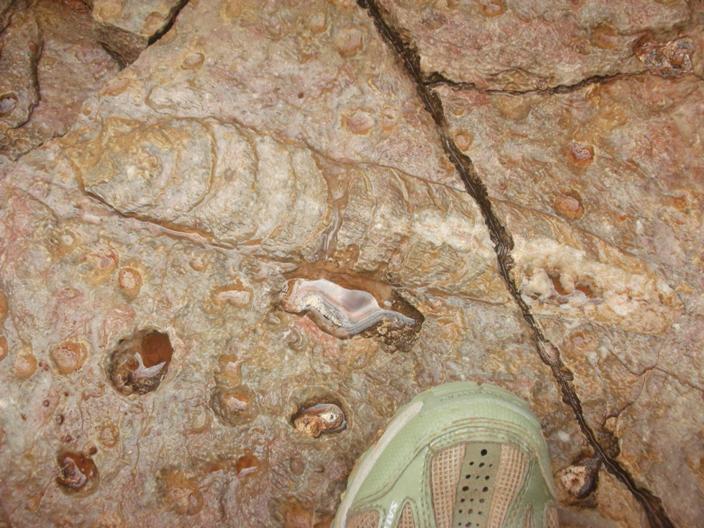 * The Latest Creation Magazine and Round Four of the Debate: Real Science Radio co-hosts Fred Williams and Bob Enyart discuss great science news from the Spring 2012 edition of Creation magazine including on:
- Astronomers shocked that the Sun and Earth are made from different oxygen.
- Evolutionists take Hawking's warning about angry aliens increasingly seriously.
- Just add water to the list of the fine-tuning properties in the universe.
- While engineers typically can look at the parts of a newly-invented machine (say, a new kind of mobile device) and predict its form and function, but this is not true of anything possessing emergent properties (like water which arises from hydrogen and oxygen); and what is truly astounding is the emergent properties in living cells which, while often compared to computers and machines, in reality make use of computers and millions of machines but are qualitatively very different than either a machine or a computer.
- Round Four of Bob's debate with atheist Aron Ra serves up ice-cream cone shaped fossils, millions of them, that falsify Aron's claim that at the Grand Canyon there is "no indication of rapid stratification."

* Excerpt from Debate: At the Grand Canyon, "There is no indication of rapid stratification…" -Aron Ra

Bob Enyart: Millions of Nautiloids: [from Bob's Round Four debate post] Aron, in the canyon there is a seven-foot-thick (on average) layer of limestone that runs the 277 miles of the canyon (and beyond) that covers many hundreds of square miles which contains an average of one nautiloid fossil every [four] square meter[s].

Many of these nautiloids are larger than your arm, with fossils of tens of millions of these creatures that were buried in an extremely rapid event that killed them all, thus forming yet another important layer of the canyon's walls. Along with many other dead creatures in this one particular limestone layer, 15% of these nautiloids were killed and then fossilized standing on their heads. Yes, vertically. They were caught in such an intense and rapid catastrophic flow that gravity was not able to cause all of their dead carcasses to fall over on their sides.

I have interviewed the scientist who discovered the mass burial site. He has worked in the canyon at the invitation of the U.S. National Park Service, and is the world's leading expert on nautiloid fossils. As is true of many of the world's mass fossil graveyards, this massive nautiloid deposition provides indisputable proof of the extremely rapid formation of a significant layer of limestone near the bottom of the canyon, a layer like the others we've been told about, that allegedly formed at the bottom of a calm and placid sea with slow and gradual sedimentation. But a million nautiloids standing on their heads would beg to differ.

Anyone should be able to agree that this is what is considered hard evidence of rapid stratification.

Aron, you don't try to hide your disdain of creationists. But just in case you or any of our readers are interested in learning about the discovery of this mass nautiloid graveyard and just in case you can stomach listening to a creationist geologist (the very researcher who's work caused Yellowstone Nat'l Park to remove their erroneous exhibit sign that showed a false in situ interpretation of their petrified trees, none of which had root systems). (For the nautiloid material, just click Play to watch Dr. Austin's presentation beginning at 16:12 and watch until Steve mentions "the lower half of the Redwall Limestone". And you can jump right to 21:25 to see this 7-foot layer itself.)

"There is no indication of rapid stratification…" -Aron Ra

Well, how about the nautiloids?

* Nautiloid Photos: See RSR's folder for nautiloid photos. Do you have one to add? Please email it to Bob@rsr.org. And for other photos, check this out.

* Geological Society of America Abstract on Nautiloids: See also the Canyon-Length Mass Kill of Orthocone, Nautiloids, Redwall Limestone (Mississippian), Grand Canyon, Arizona abstract from the GSA's 1999 Denver meeting. "Large fossil orthocone nautiloids are amassed within a thin but extremely persistent bed in the basal member of the Redwall Limestone throughout the length of the Grand Canyon. ... Large orthocone nautiloids exist within the upper half of WNB [the informally named Whitmore Nautiloid bed], always as a single layer. Fossils are much better exposed on ledges than on cliff faces. ... Fossil density on river ledges within Marble Canyon is greater than one orthocone nautiloid per four square meters. Similar nautiloid density is seen on ledges along Havasu Creek in central Grand Canyon and at a cliff face... in western Grand Canyon. ...orientations of nautiloids, indicate bidirectional current during rapid sedimentation. A gigantic population of orthocone nautiloids was overcome by a a canyon-length event impacting an area exceeding one thousand square kilometers."

* The Written Debate with Atheist Aron Ra and Creationist Bob Enyart: Continue reading Bob's post in Round Four in this great creation/evolution debate on the British website League of Reason!

- Nautiloid fossils in the bottom layer of the Redwall Limestone: The Grand Canyon contains millions of dead nautiloids, some as long as your forearm. On average, for every four square meters, one nautiloid either lies or stands upright in limestone throughout the park and far beyond! We've long encouraged old-earthers (like with Stephen Meyer on RSR) to keep an eye out for these fossils.

In the Grand Canyon, this basal layer of the Redwall Limestone runs for 277 miles averaging seven feet thick in the east and thickening to about 40 feet as it runs to the west (and beyond, even to Las Vegas; see GPS coordinates pp. 96-97, Austin, 2003 Natuilod Mass Kill Event). Covering thousands of square miles, this layer contains an average of one nautiloid fossil per four square meters. The remains of these creatures contradict the standard account for the super-slow formation of limestone which in the Redwall is about 4,000 years per inch. Along with many other dead creatures in this one particular layer, 15% of these nautiloids were killed and then fossilized standing on their heads. Yes, vertically. Whatever conditions existed at their demise prevented gravity from enabling all of their dead carcasses to fall over on their sides. Of course, these dead creatures would not lay around for 10,000 years on a seafloor waiting to be fossilized, and they certainly wouldn't stand vertically for 80,000 years waiting for the limestone to entomb them. And as seen characteristically at rsr.org/polystrates with even delicate radiating spines and schools of jellyfish permineralized through multiple strata, there is no wear pattern showing greater erosion on the top as compared to the bottom of buried nautiloids and all such fossils, yet again disproving any slow deposition hypothesis. Famed Mount St. Helen's geologist Steve Austin is also the world's leading expert on nautiloid fossils. (See for example Austin's abstract for a Geological Society of America conference titled the Canyon-Length Mass Kill of Orthocone, Nautiloids, Redwall Limestone (Mississippian), Grand Canyon, Arizona which is excerpted at youngearth.com/grand-canyon-nautiloids.) Dr. Austin has worked in the canyon and presented his findings to the park's rangers at the invitation of National Park Service officials. Austin points out, as is true of many of the world's mass fossil graveyards, that this enormous nautiloid deposition provides indisputable proof of the extremely rapid formation of this significant layer of limestone near the bottom of the canyon.

Standard geology teaches students that limestone as at the Grand Canyon forms at the bottom of a shallow and placid sea with slow and gradual sedimentation, often just one grain of calcium carbonate at a time. But a million nautiloids, standing on their heads, literally, would beg to differ.

* See Also, Nautiloid Canyon: The 2003 Oxford University Press text, Grand Canyon Geology, has a three-page section on Nautiloid Canyon, pages 398-400. This is the second edition of the leading geological work on the Canyon. [See our rsr.org/wish-list if you might want to purchase this text for our RSR researchers.]

If one attempts to calculate rates of sedimentation in the past, the results are usually ludicrous.

* A typical disagreement with atheists over nautiloids: The discussion started regarding the ability of manganese nodules to form rapidly, and then it turned to nautiloids. At the Chicago Cubs forum no less, check out how conversations with atheists typically go, from Bob Enyart's post #633 to post #654 in his dialogue with Buckyball and montalvus.

* Also At: This nautiloid information appears also at YoungEarth.com and you can check it out from rsr.org/gc2!

Today’s Resource: Have you browsed through our Science Department in our store.kgov.com? You just might love it! (And you can help RSR continue to broadcast and reach more and more people with the evidence for the Creator!)