* Missing Crust in Atlantic: This is discussed at about 4:30 into today's program. A listener wrote to Bob, "They must be reading Walt Brown!" Let's celebrate! "British scientists have embarked on a mission to study a huge area on the Atlantic seabed where the Earth's crust is mysteriously missing..." according to the BBC and this LiveScience report! Is this more evidence for Walt Brown's biblical Hydroplate Theory? Today's program may be the first time that Bob Enyart said, "All scientists work for Walt Brown!"

* Programming Note: Because of the missing crust segment, years later this show was marked as a Real Science Radio program. If you note any problem with that designation, feel free to let us know your thoughts on this at Bob@rsr.org. Thanks!

* A National Pro-Life Leader: says "I just finished watching Bob Enyart's Focus on the Strategy DVD... AWESOME!! Imagine if all of our Christian leaders understood these principles and took them to heart... what a difference we would see! I'm sending this overnight to..."

* Campaign Conversion - Gingrich has Primarily Repented: According to Focus on the Family, just in time for the re-publican primary season, Newt Gingrich, dressed primarily in sheep's clothing, has "gotten on my knees and sought God's...," sought His... His... His voters! (Consider also conservative Christian author Paul Kengor and his account of the salvation of George W. Bush!)

* Allen Radtke from Denver: (2019 update: now in Thailand) listened to Laura Ingraham's segment with neo-conservative William Kristol of the Weekly Standard (available for free for a short time on her website) and confirmed that Bill blew in Laura's ear so she would "feel better" about pro-homosexual, pro-abort re-publican front-runner Rudy Giuliani.

* What's the Difference: between Hillary Clinton and Rudy Giuliani? He will sometimes wear a dress. 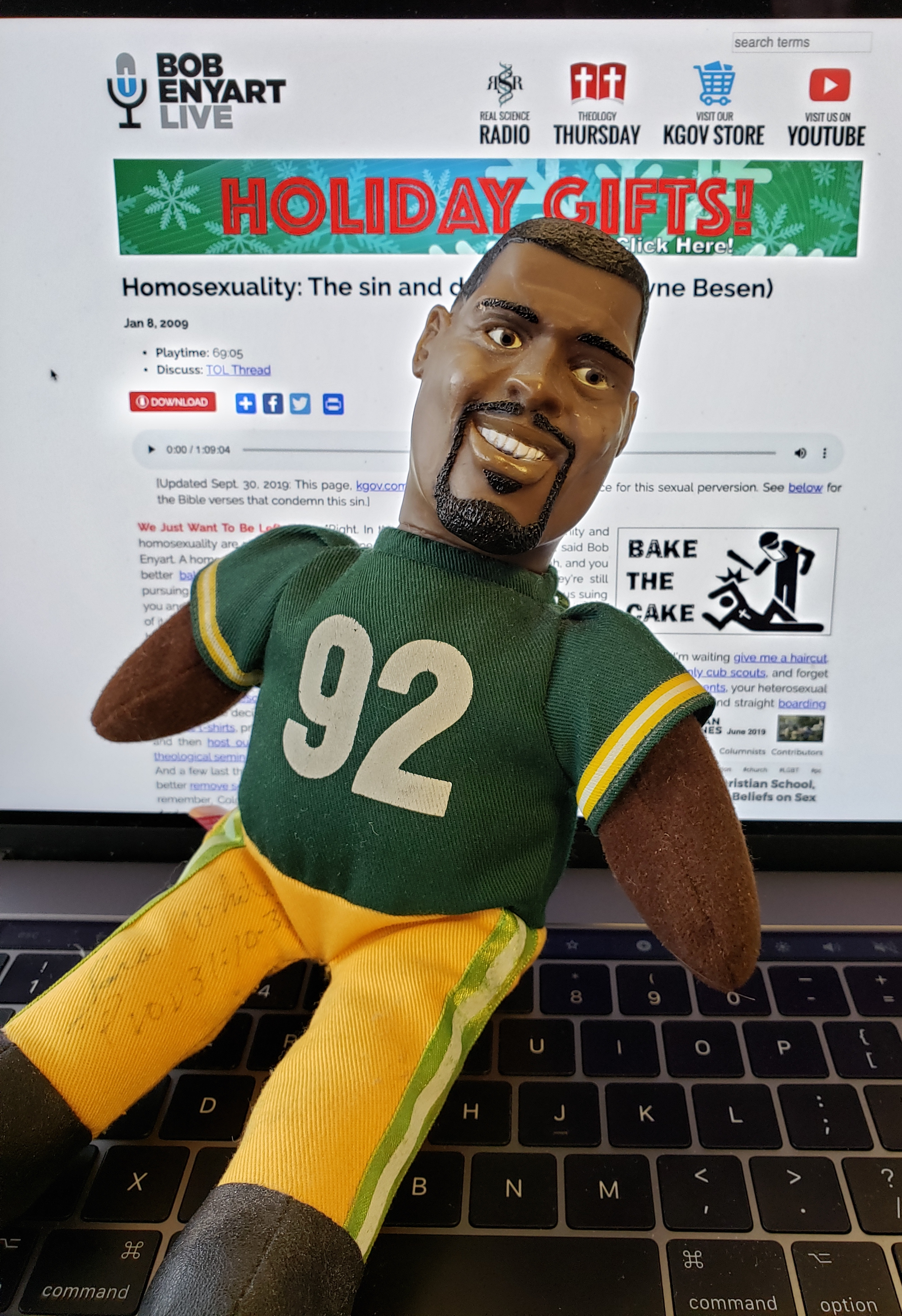 * Telethon Results: Listeners from 26 STATES have given to this telethon to help keep this one Christian talk show broadcasting on the radio in Colorado! You all gave 122% of our $25,000 goal, pledging $30,500 (see the final tally)! The KGOV staff and the crew of BEL dearly thank you, and I thank you! -Bob Enyart

* 6th Grade Sex in Class: Indiana Department of Education lawyer Kevin McDowell says of the other children who watched the classroom sex, "All right, so they may have witnessed this. While this is an activity you certainly don't see in a school [huh?] and it's something that would be certainly unusual, I don't feel - I don't know where it posed any immediate danger to those children who saw it."