* Jaw-dropping, head-banging, socks blown off, eye-popping, baffled, shocked & stunned: Really. :) Real Science Radio hosts Bob Enyart and Fred Williams have fun providing so many examples of evolutionists (chemical, stellar, biological) being jaw-dropping surprised, shocked, even stunned and horrified, when their huge discoveries contradict some of the most fundamental predictions of their materialist theories. 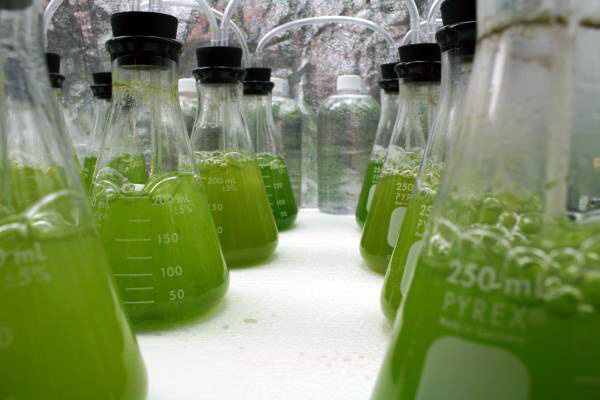 * Head-banging: As reported by LiveScience, cutting-edge researchers running a major National Science Foundation evolution experiment admitted that, "If Darwin was right", they would have documented the evidence for his claimed insight on competition and the (supposed) tree of life. Instead, their results falsified Darwin's claim. Of the 60 species of algae being studied for a five year period, Charles Darwin predicted how well and how poorly such organisms would compete for resources, based on their respective distances from each other on the (supposed) tree of life. But of the outcome, "It was completely unexpected. We sat there banging our heads against the wall. Darwin's hypothesis has been with us for so long, how can it not be right? ... We should be able to look at the [supposed] Tree of Life, and evolution should make it clear who will win in competition and who will lose. But the traits that regulate competition can't be predicted from the Tree of Life." For more, see LiveScience and rsr.org/darwin-was-wrong-about-the-tree-of-life.

* 2015 Update: One of many discoveries that could added to this list of shocked evolutionists is the black hole at 12.8 billion light years away the mass of 12 billion Suns that "simply can't exist" by the big bang theory, but does.

* 2019 Update: Moon may be tectonically active, geologists shaken, is the headline in National Geographic. "A new look at Apollo-era seismic data revealed that the moon's insides might be warmer than scientists thought possible." See this also at rsr.org/tess#moon in our classic List of the Transient Events of the Solar System!

* Stunned without the Foggiest Notion: So "astounding" are the "similarities" of Hox developmental regulatory genes across the animal kingdom that prominent evolutionist Sean Carroll wrote that, “no biologist had even the foggiest notion that such similarities could exist between genes of such different animals.” Because little in biology makes sense in the light of evolution, a world full of neo-Darwinist scientists never predicted this astounding consistency because, by their belief system, "The evolutionary lines that led to flies and mice diverged more than 500 million years ago..." So, this world famous biologist admits that, "Such sequence similarity was just stunning." Of course this falsified one of the most fundamental predictions of neo-Darwinism. [This item is a post-show update.]

* Horrendous: Dr. David Page of the Whitehead Institute for Biomedical Research in Cambridge, Mass., said in the journal Nature that the human and chimp Y chromosomes are "horrendously different from each other." Horrendously? Is that a scientific term? Why not just, "different?" Is Saturn horrendously different from Mars? Why horrendously so? Because for modern Darwinism to not lose face, chimps have to be shown to be our closest relatives. Yet 15% of the gorilla genome is closer to us, and the chimp's Y chromosome (that which makes us males... well, males...) is so massively different that we have yet more evidence on its face that the human genome is not 98.5% identical to the chim. For more, see rsr.rog/list-of-genomes-that-just-dont-fit.

* Jaw-dropping: National Geographic quotes NASA's Messenger team member David Blewett saying, as RSR documents evolutionary scientists saying all the time regarding major observations that contradict predictions based on their most fundamental claims, "this jaw-dropping thing that nobody ever predicted," that Mercury has actively forming surface features, something judged impossible for a tiny, four-billion year old inert rock. :)

* Socks Blown Off: Close-up photos showed the youthful appearance of Pluto as did the images of its largest moon: "We originally thought Charon would be an ancient terrain covered in craters," said New Horizons team member Cathy Olkin. "So when we saw the pictures this morning, it just blew our socks off." And panning upward from their feet, Discover Magazine reports on NASA's Pluto team including principal investigator Alan Stern's eyes popping out of his head.

* Baffled by Asteroids that Look Like Comets: See phys.org, NASA, EarthSky, and AmazingSpace.

* And the Beat Goes On: For more really fun examples, just listen to today's program! And as an honorable mention, consider the response of the scientists who found the presence of modern bacteria, etc. in these allegedly 220 Mya microbes :) and the description of 42 "oddball" blue stars in the Milky Way!

* More Baffling Still: After 150 years of searching, evolutionists have found the best evidence ever discovered for Darwinism, caught on tape no less... 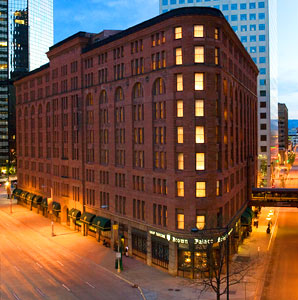 On Tuesday evening, July 8 at 6:30 p.m., the debate will be held downtown Denver at Colorado's historic Brown Palace hotel. If you're in the state, or can be, you are cordially invited to come on out and we'll have a great time in the Lord! Seats are available on a first-come, first-serve basis. Quoting OpenTheism.org, "Open Theism is the Christian doctrine that the future is not settled but open because God is alive, eternally free, and inexhaustibly creative." That is, God can forever think new thoughts, design new works, write new songs. He has not exhausted His creativity and never will for. Of His kingdom there will be no end and thus by God's everlasting freedom and abilities, the future cannot be settled but must be open. In the meantime, check out Bob's previous efforts by clicking on the "Debate" tab at OpenTheism.org.