Earth's "oldest" rock found WHERE? (and other affirmations) 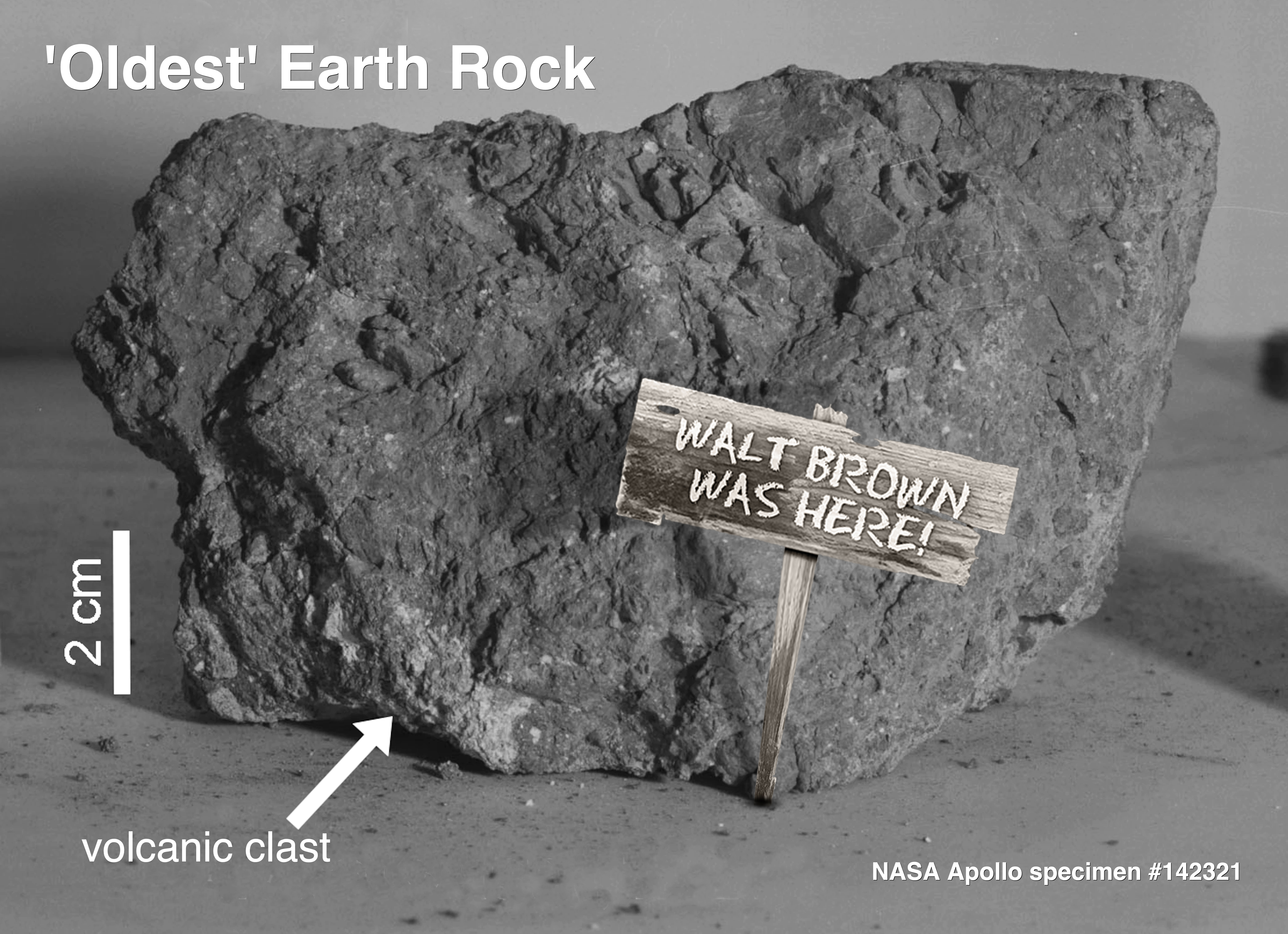 Real Science Radio hosts Bob Enyart and Fred Williams begin with six science news headlines including the midwest freeze, Earth's "oldest" rock found on the moon, furthest galaxies twice their previously estimated "impossible" size, plants beneath arctic ice, animals under antarctic ice, and what lies beyond New York and Viriginia's murderous abortion laws. These reports tell us much about the world we live in and where it's come from and where it's all headed.

* "Oldest" Rock: NASA kept secret for almost half-a-century the Apollo 14 discovery of the Earth rock they found on the moon and "date" to be four billion years old. Of course, Walt Brown's Hydroplate Theory directly describes how the Moon, especially the near side, was pummeled from the debris ejected by the fountains of the great deep. On the other hand, secular astronomers, along with non-HPT creationists, have a hard time explaining this. To improve the infinitesimal odds of an astronaut picking up an Earth rock (the "oldest", no less), NASA argues that four billion years ago, "the surface of the Moon... was three times closer to Earth than it is now".

So based on their secular model, three of the impossible things NASA thinks about before breakfast are:
- The kind of extraordinarily rare impact that could eject Earth rock into space
- That rock hitting the Moon which, even taking gravity into account, is highly unlikely
- And an astronaut on that enormous moon bending over and picking up just such an Earth rock!
Instead, the fountains of the deep blew out into space meteorites and the debris which formed comets, asteroids, TNOs, and beat up Mercury, Venus, the Moon, and Mars.

* Our Annual Telethon: The guys also announce the launch of the annual February BEL/RSR Telethon and it's vital goal of raising $40,000 so that more and more people can be reached with the creation-based Christian worldview and the Gospel of Jesus Christ. Please help by calling 1-800-8Enyart (836-9278) or clicking on over to the store at rsr.org. Thanks so very much!

* Have You Tried RSR's Multiple Creation Site Search? Our listeners are telling us that this Real Science Radio service, a customized multi-creation-site Google search, is AMAZINGLY effective and a fabulous time saver! And, it's a Google search! Only customized to save you time and make you smarter! Let's say you want to learn about the creationist explanation for the origin of comets to expose the secular model's inability to account for their olivine and other earth-like minerals. By using RSR's Multiple Creation Site Search, powered by Google, you'll be simultaneously searching the four largest and most popular creation sites and our own RSR pages! This tool bypasses the confusion and noise of Wikipedia and the Internet generally and let's you search simultaneously (including countless articles written by friends of Real Science Radio) the websites of Creation Ministries International, Answers in Genesis, the Institute for Creation Research, Dr. Walt Brown's creationscience.com site, and our own RSR resources (at kgov.com, 360dayyear.com and youngearth.com). Enjoy!

* Program Note: China's announcement that the Moon's far side is 30 degrees colder than the near side prompted Bob and Fred to postpone discussion of the three remaining news headlines mentioned on today's program and instead next week to report on rsr.org/transient-lunar-phenomena.