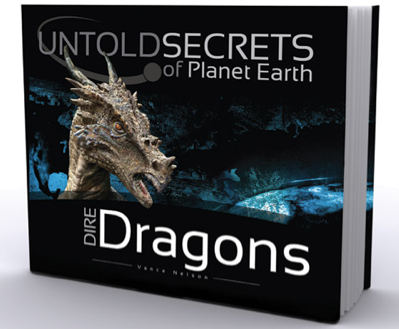 * Dragon "Legends" Reveal Dinosaurs: Real Science Radio hosts Bob Enyart and Fred Williams review Vance Nelson's great book, Dire Dragons, documenting the widespread historical evidence of the co-existence of man and dinosaurs. With the support of university infrastructures and a lot of research money, it often took paleontologists decades, even a century, to correctly interpret the actual form of various dinosaurs from their fossilized bones, yet predating modern science, cultures around the world accurately depicted many kinds of dinosaurs. This is one observation among many powerful arguments showing that human beings recorded their sightings of actual dinosaurs.

* Mosasaur Note: As an example of the difficulty in determining the form of a creature from its fossilized skeleton, paleontologists did not have an anatomically correct outline of a mosasaur until Nature Communications published a paper in September 2013! 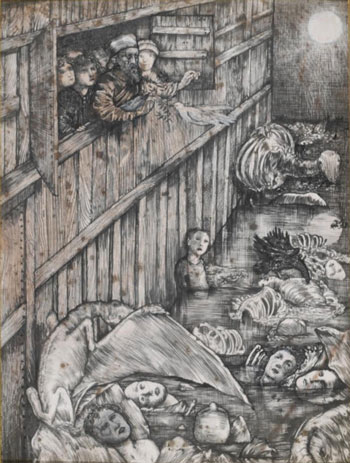 * Pterosaur Drawn in 1863: Edward Burne-Jones drew the pterosaur in the image to the left. And while these creatures were being discovered and debated through the previous decades, getting an animal's appearance reasonably correct from its fossilized skeleton is extremely difficult, as the above mosaur notes points out! Consider this artwork as presented over at creation.com!

* Dragon Legends Convinced Carl Sagan They Reveal Dinosaurs: Carl Sagan in his book, The Dragons of Eden, wrote, "The pervasiveness of dragon myths in the folk legends of many cultures is probably no accident." Since Sagan was himself an old-earth dinosaur :) he had to reject the obvious conclusion, that cultures around the world saw dinosaurs firsthand. Instead, he concocted a bizarre explanation that is contradicted by the collective experience of billions of human beings (and animals). Sagan, trying to explain the persistence and accuracy of legends and depictions that appear to refer to dinosaurs, claimed that since we evolved from animals that lived 165 million years ago, we inherited their memories of dinosaurs complete with accurate anatomy, habitat, and behavior, of many different kinds of these reptiles, which dwelt on land, in the air, and in the sea. Wow.

* 4-toed Creature known from Permian Tracks & Petreoglyphs: The July 1992 Smithsonian, page 79, describes "ancient petroglyphs" believed carved "about the time of Columbus" of  "anatomically correct" turtle, rabbit, deer, hunter with bow and arrow "opposable thumbs and all", pointed out by well-known paleontologist Jerry MacDonald nearby what later would be declared the Prehistoric Trackways National Monument. Among the petroglyphs is a:

mysterious footprint. "Four toes," MacDonald says. "There's no animal around like that now." Some of the Permian amphibians, however, had four toes. McDonald claims no expertise in petroglyph interpretation, but he's learned that local Indian legends spoke of spirit-animals that could walk inside mountains. He's found what he thinks are [4-toed] eryopid tracks within a stone's throw of here; the canyon is full of them. He suspets that the natives of 500 years ago may have been as enraptured by the magical subterranean trackways as he is and wove legends to explain the creatures who made them."

* Enuma Elish, the Babylonian Creation Epic: The second of the six tablets of the pagan creation epic mentions Mother H(uber [no sic] who "gave birth to giant serpents. They had sharp teeth; they were merciless... She created the Hydra, the Dragon... the Great Demon... fierce demons, the Fish-man", foreshadowing Dagon of the Philistines. (Far more interesting though is how the epic itself begins with a paraphrase of Day Two of Genesis!)

* Our Annual September Telethon: Every year Bob Enyart Live (which hosts Real Science Radio) has a telethon to raise the funds that are absolutely vital to help keep RSR on the air! Please help us continue to encourage the troops and to reach more people with the truth that God is our Creator and we can only be reconciled to Him through trusting in the resurrection of Jesus Christ! So please, please, help us!

* Enyart Booted from a Soft Tissue Thread at Able2Know.org: In this short thread involving creationist gungasnake and the rude evolutionists parados and farmerman, Bob replied to a crude evolutionist with a comment and a link to rsr.org/filthy and regarding the topic, to dinosaursofttissue.com. Then Bob got booted. (Well, suspended, until December 10th.) Oh well. :)

That "short thread" link is only viewable with Internet Explorer and any browser or add-on that supports the .mht web archive format. If you can't read it, then go to the thread online at http://able2know.org/topic/211882-1 and here's the post that got Bob booted:

@farmerman,
Hello farmerman! Thanks for your thoughts. If you can refrain from vulgarity - http://rsr.org/filthy - and crude attacks, I'd enjoy interacting with you. Are you willing to reconsider your paradigm? Over the years of the soft tissue saga, it's gone from the reasonable suspicion of biofilm, to general acceptance that there are many different kinds of soft tissues, proteins, and now even DNA, that have survived in many different kinds of dinosaurs and other dino-layer strata fossils.

Then it was proposed that large bones and Montana's Hell Creek sandstone deposits somehow provide the rare combination for soft tissue survival. But then soft tissue was found in small bones. And in marine sediments. Then it was thought that being buried in a bone somehow enabled preservation. And then original biological material was found in feathers. But feathers are rigid. So then it was found in skin.

And then, apart from the complex programmed processes in living organisms which maintain them, there are so many inexorable and very different processes that destroy biological tissue, including the slightest temperature oscillation, radioactive decay, and a half dozen other significant processes.

Realize also that allegedly million-year old fossils have other completely different kinds of short-lived physical phenomena. To explain why significant quantities of unexpected Carbon 14, and why mostly unracemized amino acids, are in these fossils, requires multiple extreme claims.

This is all discusses at the link in the OP, which is aliased as
http://dinosaursofttissue.com

Such threads can be entertaining. The pastor of a Calvary church in Port Orchard, Washington, Kevin Lea, created a PDF file of two email threads between Bob Enyart and two evolutionists, a Todd Giroux and a Kyle Rutherford, the latter being an atheist and staunch evolutionist on staff at Washington State University. You can read those threads here.

* They Did It Again Lord: Why do I feel like I'm in a 1970s gospel song? On April 26, 2014, I was banned again, this time for six months :) while posting an answer to farmerman's complaint that I don't reply to their challenges. Oh well! :) (And as for that song, Bob Enyart remembers hearing a married Gospel duo on acoustic guitars in the mid 1970s at Pastor Charlie Rizzo's Church of the Nazarene in New Milford, New Jersey. One of their songs was about their car being broken into and their guitars stolen, and once they were blessed with replacement guitars, their car was broken into again, leading to them singing, "They did it again Lord; they did it again..." If you remember these singers or can provide any other information, please feel free to email Bob@kgov.com. Thanks!) 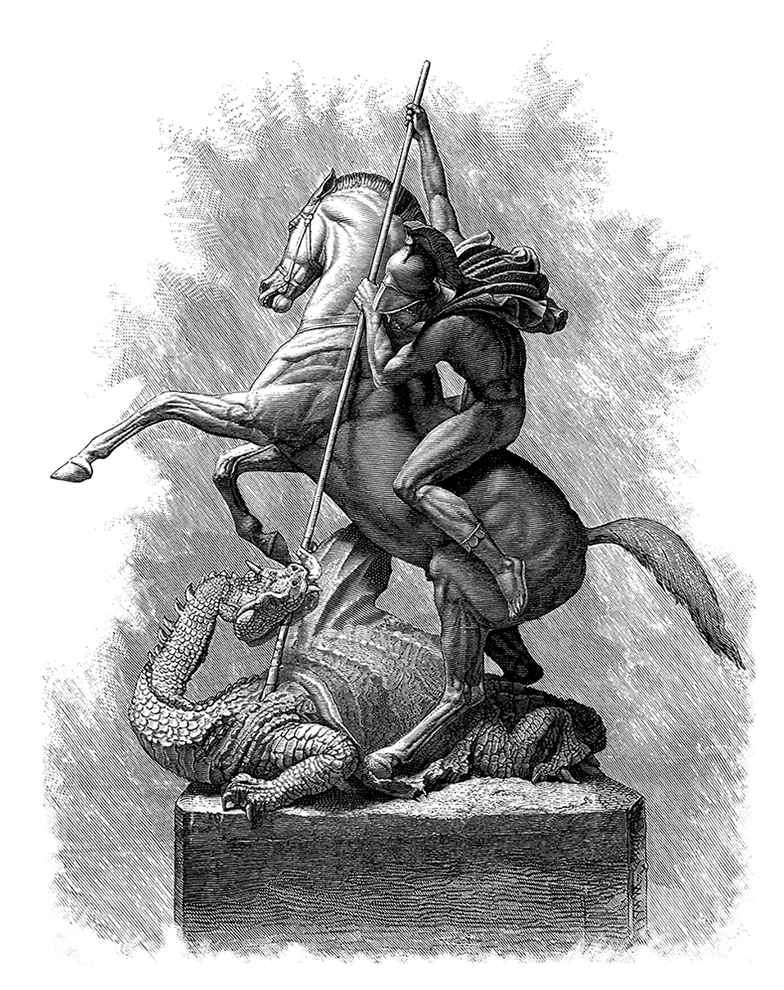