Does God Exist? Round 1b

art debated TheologyOnline.com's resident atheist and psychologist Zakath on the question of Does God Exist? Click here for KGOV's Round 1a. Below, See Bob's replies on a Phillippine website to Duterte's 2018 challenge. And from the debate itself, here's a list of atheist clichés that can be disproved in eight seconds or less.

Atheist Cliché 1: There is no truth!
Theist Rebuttal: Is that true? [1 second]
Okay, well then...

Atheist Cliché 2: Truth is unknowable!
Theist Rebuttal: How do you know? [1 second]

Well then, for certain...

Atheist Cliché 3: There are no absolutes!
Theist Rebuttal: Absolutely? [1 second]

Atheist Cliché 5: Logical arguments are not "evidence."
Theist Rebuttal: What is your evidence for that? [2.5 seconds]

Atheist Cliché 6: Only the physical realm is real!
Theist Rebuttal: That claim itself is not physical, so it's self-refuting. [3 seconds]

Atheist Cliché 7: Great suffering proves that a loving God cannot exist!
Theist Rebuttal: The unstated assumption is false, that suffering can have no value or purpose. [4.5 secs]

Atheist Cliché 8: Atheism is scientific, because science does not allow for a supernatural interpretation of an event!
Theist Rebuttal: This circular reasoning tricks atheists into assuming that which they thought they proved. [5 seconds]

Atheist Cliché 9: Widespread evil proves that a righteous God cannot exist!
Theist Rebuttal: The two unstated assumptions are false: that love can be forced; and that some love is not worth enduring much hate. [6.5 seconds]

"If your worldview can be dismantled within eight seconds, then get a better one." -Bob Enyart, adapted from TheologyOnline's Battle Royale VII: Does God Exist?.

* On a Philippine News Site: On a site for a leading publisher of newspapers and magazines in the Philippines, believing himself experienced at such things, Bob offered to help Rodrigo Duterte (pronounced DO-thirty). In the 1990s Bob shared the truth of God's existence with a Colorado ax murderer. At the jail cell of William Cody Neal, who had murdered three women, Bob urged this murderer to submit himself to the authority of Jesus Christ. While nowhere near all the extra-judicial killings Duterte has ordered were inherently immoral, regardless, taking the totality of his history into account, he has become the Philippine's most popular murderer. And Bob is, of course, willing to help him also: 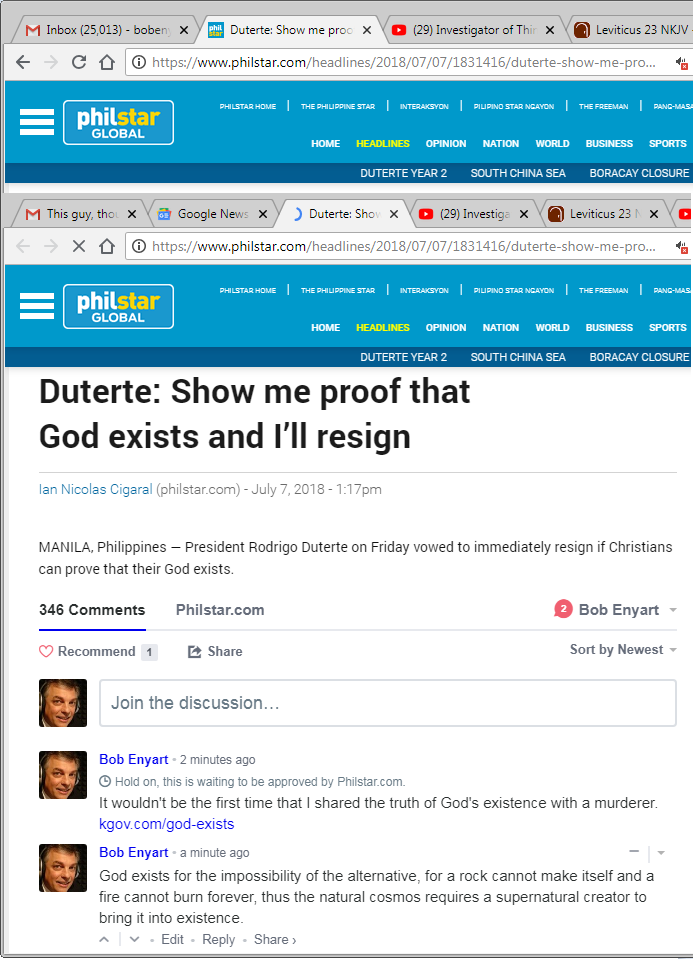 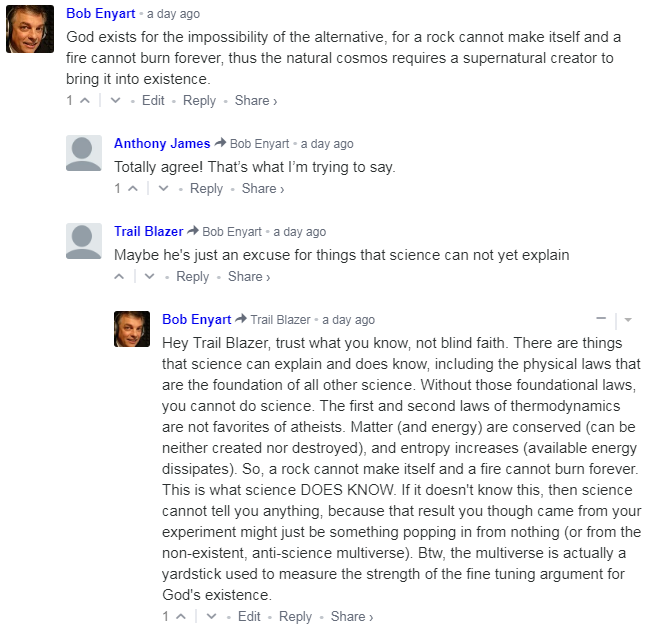 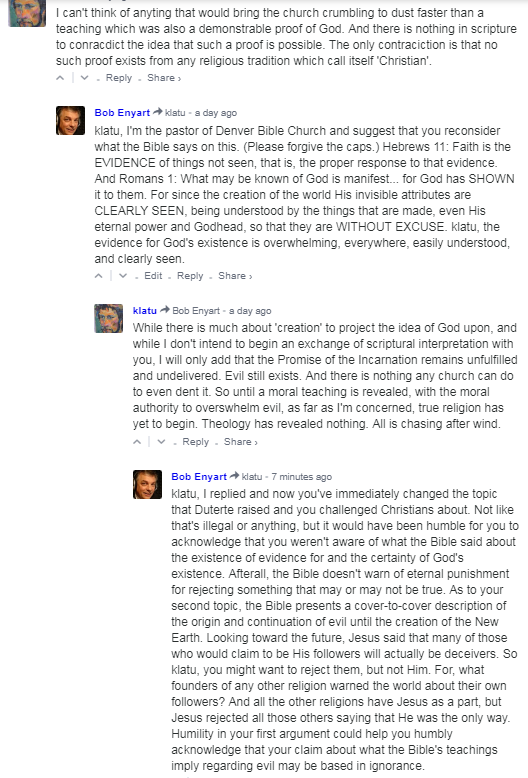