Does God Exist? Round 1a Bob Enyart debated TheologyOnline.com's resident atheist and psychologist Zakath on the question of Does God Exist? You can read it online or get the paperback version, perfect for reading while sitting in front of the fireplace and drinking a cup of coffee. (And you can get Bob's video seminar by the same title with a similar presentation, all designed to hone the apologetics skills of believers and to help unbelievers see the truth.) Click for  Round 1b and here's the ToC from the paperback...

Round 1 Definition of God; Potential cost of atheism and theism; On evidence for the Creator from physics and biology

Round 5 Implication of widespread evil; On absolute morality; On the God of the Gaps; On falsifiability of natural origins [Hear also Bob's discussion with atheist Dr. John Henderson at rsr.org/problem-of-evil.]

Round 6 On God as the standard of morality; On falsifiability of natural origins; On disagreements over religious beliefs; On the falsifiability of Christianity; On the physics of creation; On scientific progress and religious faith; On the nature of physical and spiritual laws; On evidence for the Creator from the Solar System

Round 7 On conscience and sociopaths; On guilt as a cause of religious disagreement; On whether God's nature can theoretically define an absolute moral standard; On the absolute nature of laws; On the effect of conscience; On the possibilities inherent in eons of time 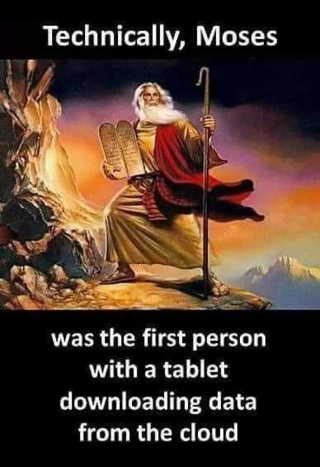 Round 8 Accusations against the God of the Bible; On absolute morality; the mathematics of probability; On evidence for the Creator from human behavior; On atheist morality

Round 9 On evidence from higher biological functions like vision and flight; On natural selection as a conservative force

Appendix (in the paperback edition of the debate)

Atheist Cliché 1: There is no truth!
Theist Rebuttal: Is that true? [1 second]
Okay, well then...

Atheist Cliché 2: Truth is unknowable!
Theist Rebuttal: How do you know? [1 second]

Well then, for certain...

Atheist Cliché 3: There are no absolutes!
Theist Rebuttal: Absolutely? [1 second]

Atheist Cliché 5: Logical arguments are not "evidence."
Theist Rebuttal: What is your evidence for that? [2.5 seconds]

Atheist Cliché 6: Only the physical realm is real!
Theist Rebuttal: That claim itself is not physical, so it's self refuting. [3 seconds]

Atheist Cliché 7: Great suffering proves that a loving God cannot exist!
Theist Rebuttal: The unstated assumption is false, that suffering can have no value or purpose. [4.5 secs]

Atheist Cliché 8: Atheism is scientific, because science does not allow for a supernatural interpretation of an event!
Theist Rebuttal: This circular reasoning tricks atheists into assuming that which they thought they proved. [5 seconds]

Atheist Cliché 9: Widespread evil proves that a righteous God cannot exist!
Theist Rebuttal: The two unstated assumptions are false: that love can be forced; and that some love is not worth enduring much hate. [6.5 seconds]

"If your worldview can be dismantled within eight seconds, then get a better one." -Bob Enyart, adapted from TheologyOnline's Battle Royale VII: Does God Exist?. You may also want to check out kgov.com/debates.