* Bob Enyart Interviews Latest Chicago Cubs Draftee  David Bote: The Chicago Cubs have just drafted two recent Faith Christian Academy players, pitcher Pierce Johnson and shortstop David Bote. In studio, Bote speaks of his faith, his baseball career, and his hopes and plans for the future. Update: David signed his contract with the Cubs the day after this show aired.

* Bote Career Highlights: (as noted by some hometown fans) 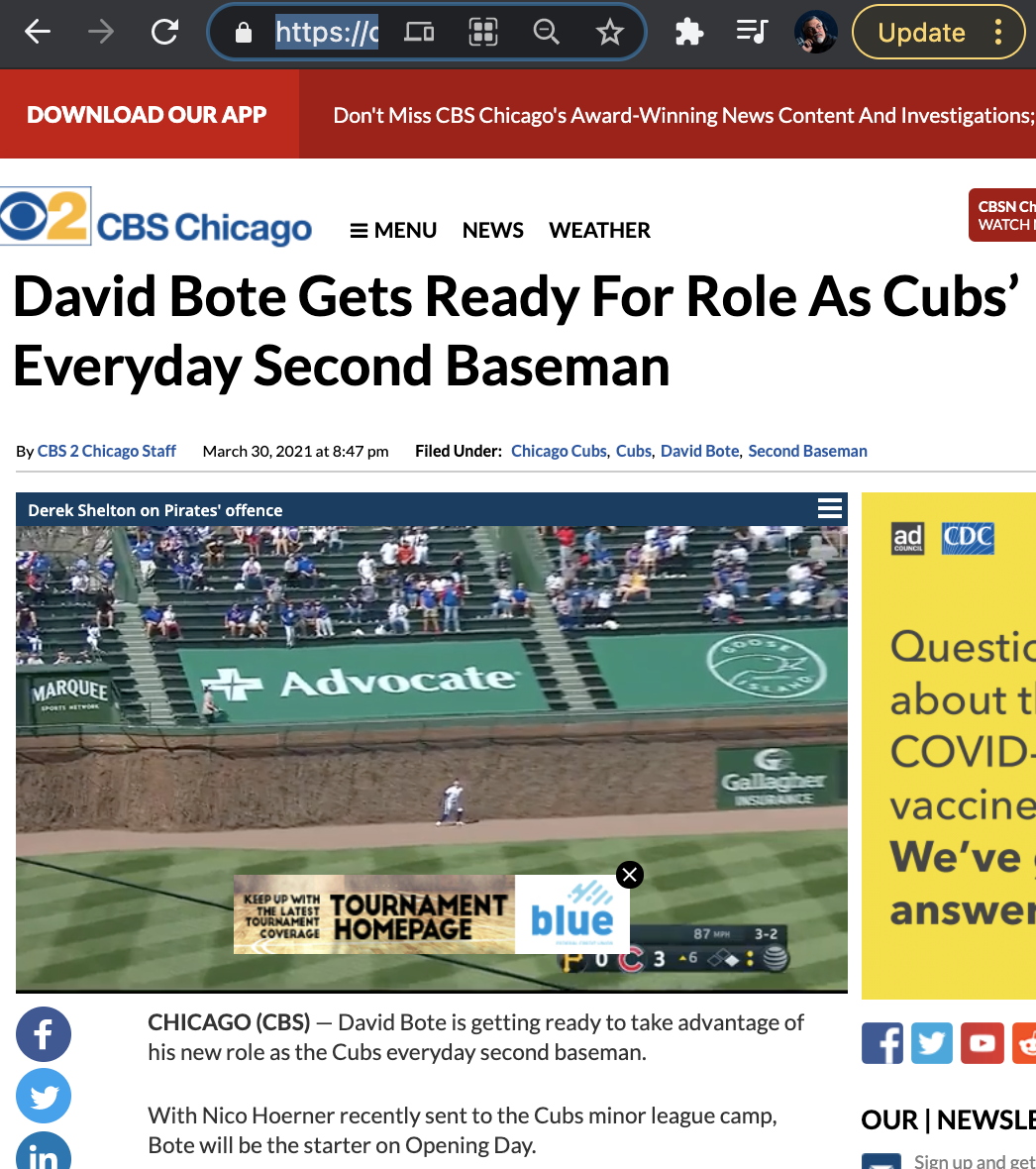 Great moment at Coors Field where 25 year old Cubs rookie David Bote doubles to right center in his first AB in the big leagues. And it comes in his hometown of Denver. Bote was drafted in the 18th round in 2012 and spent parts of 4 years at Single-A.... https://t.co/ov8zN3U78V

[KGOV programming note: Other than the occasional NASCAR driver interview and keeping tabs on Tim Tebow, this Bote page is about the only sports we've covered in nearly 30 years on air. Go David!]

Congratulations David Bote! This is what every kid dreams of when playing baseball in the backyard, of being down in the ninth inning and winning the game! Note the response of the Washington National's catcher who knew immediately that the game was over! There's only one Sunday baseball game each week, and this also happened to be only the seventh time in history that a pitch hitter has hit a grand slam in the bottom of the ninth to end the game! But being down three to nothing when this happens is so rare that the last time anyone actually did this was in 1936! (Oh yeah, and then two weeks later, a game winning bottom of the 10th walk-off smash and on Sept. 6, now as the Cubs second baseman and again in the 10th inning, David drove in yet another game-winning run!)

* Hightest Exit Velocity: After 46 batted ball events (BBE), the Cubs' David Bote has the highest average exit velocity on batted balls of any MLB hitter. Of course that means that, as of August 8, 2018, on average David hits the ball harder than any other player in Major League Baseball! And that's a great indicator for his career potential! 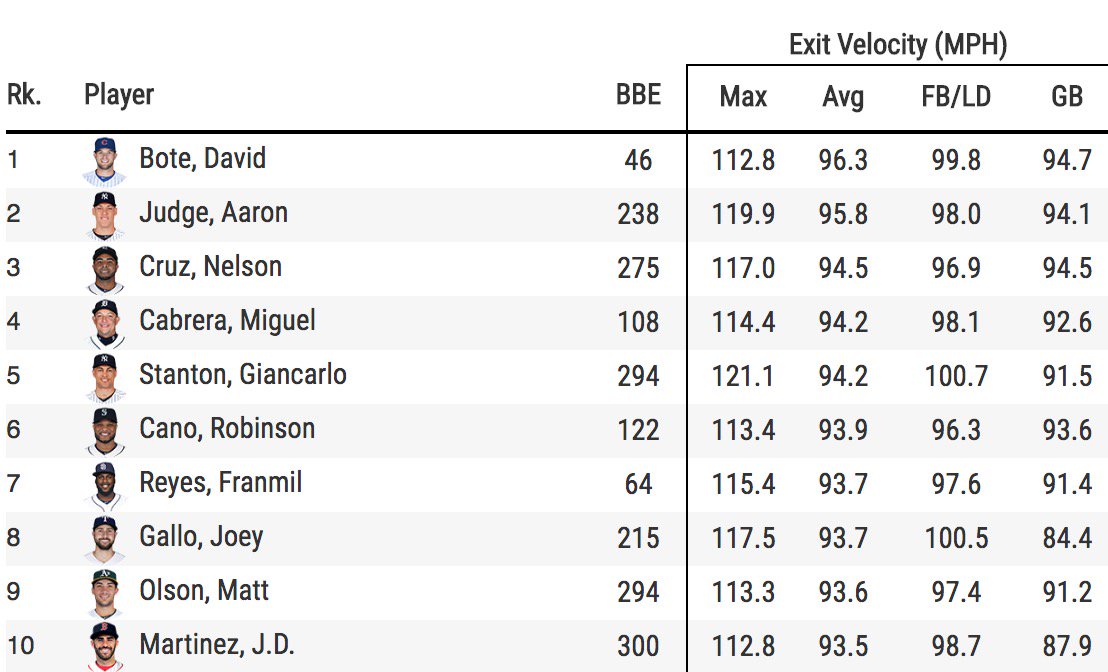 * David Bote Starts with the Cubs vs Rockies: David Bote in the starting line-up at Coors Field on April 21, 2018... 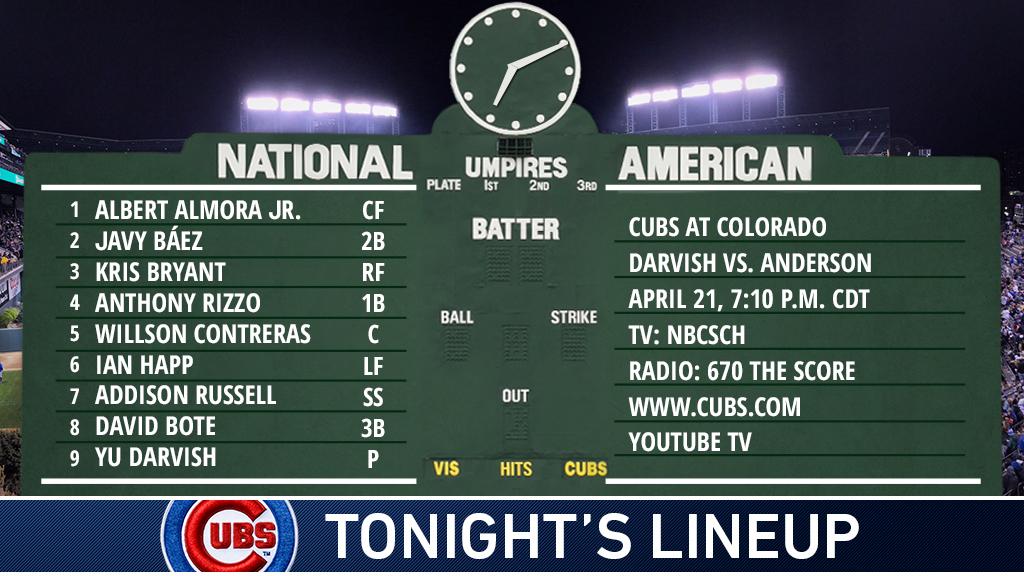 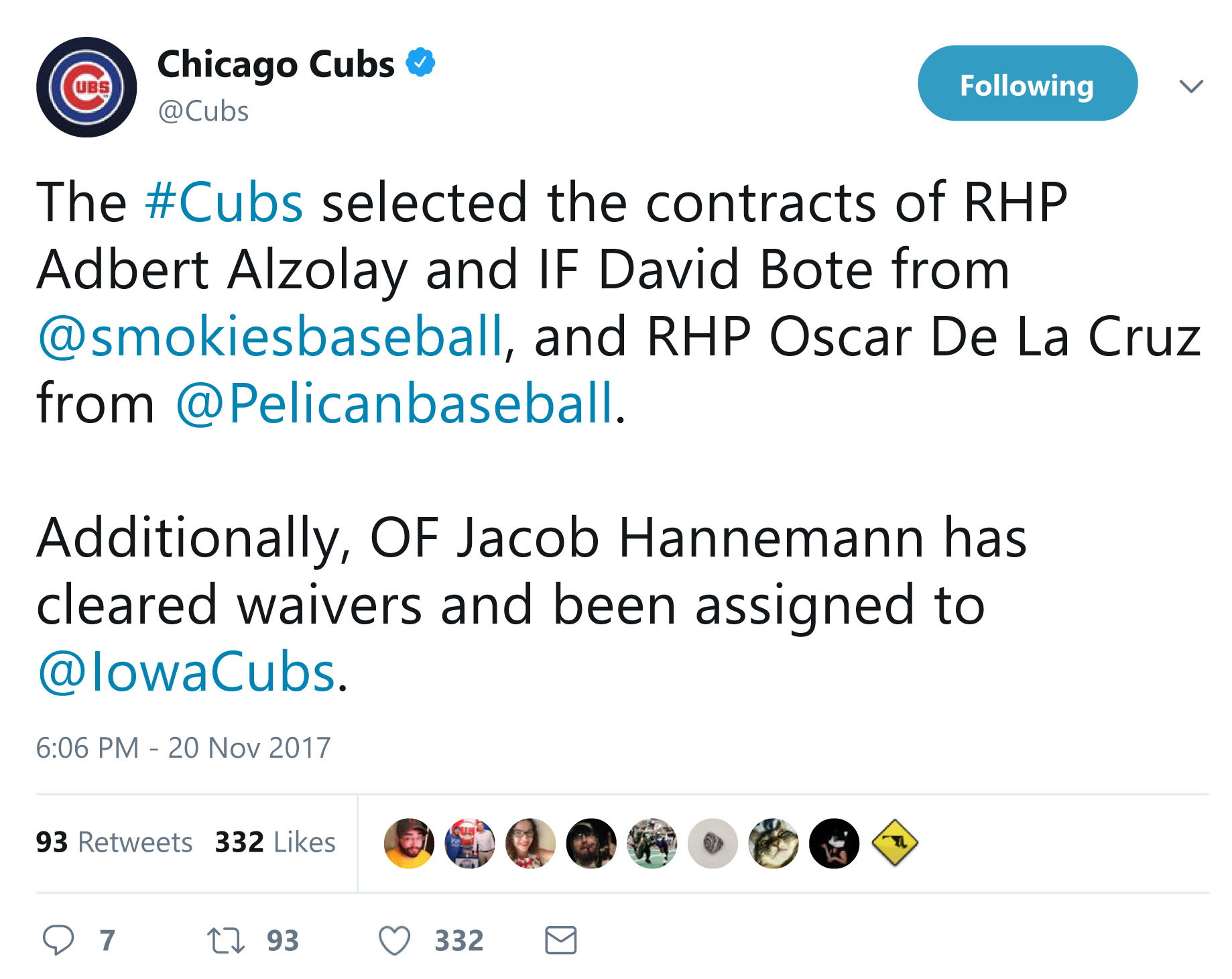 * 2017 Nov update: The Cubs add David Bote to their 40 man roster. Bote was eligible for the MLB rule 5 draft on December 14. Adding him to the roster protects him from being drafted away by another team.

* 2017 March update: Chicago Cubs minor league prospect David Bote traveled to Houston with the big league team for the final two games of the Cubs spring training games. In the 7th inning, Bote ran far from his position to make a great play on an out-of-bounds ball hit near the stands. [MLB made this video unavailable to us. Please send an updated link to Bob@kgov.com if you can find https://m.mlb.com/shared/video/embed/embed.html?content_id=1252425883&a…. Thanks!] 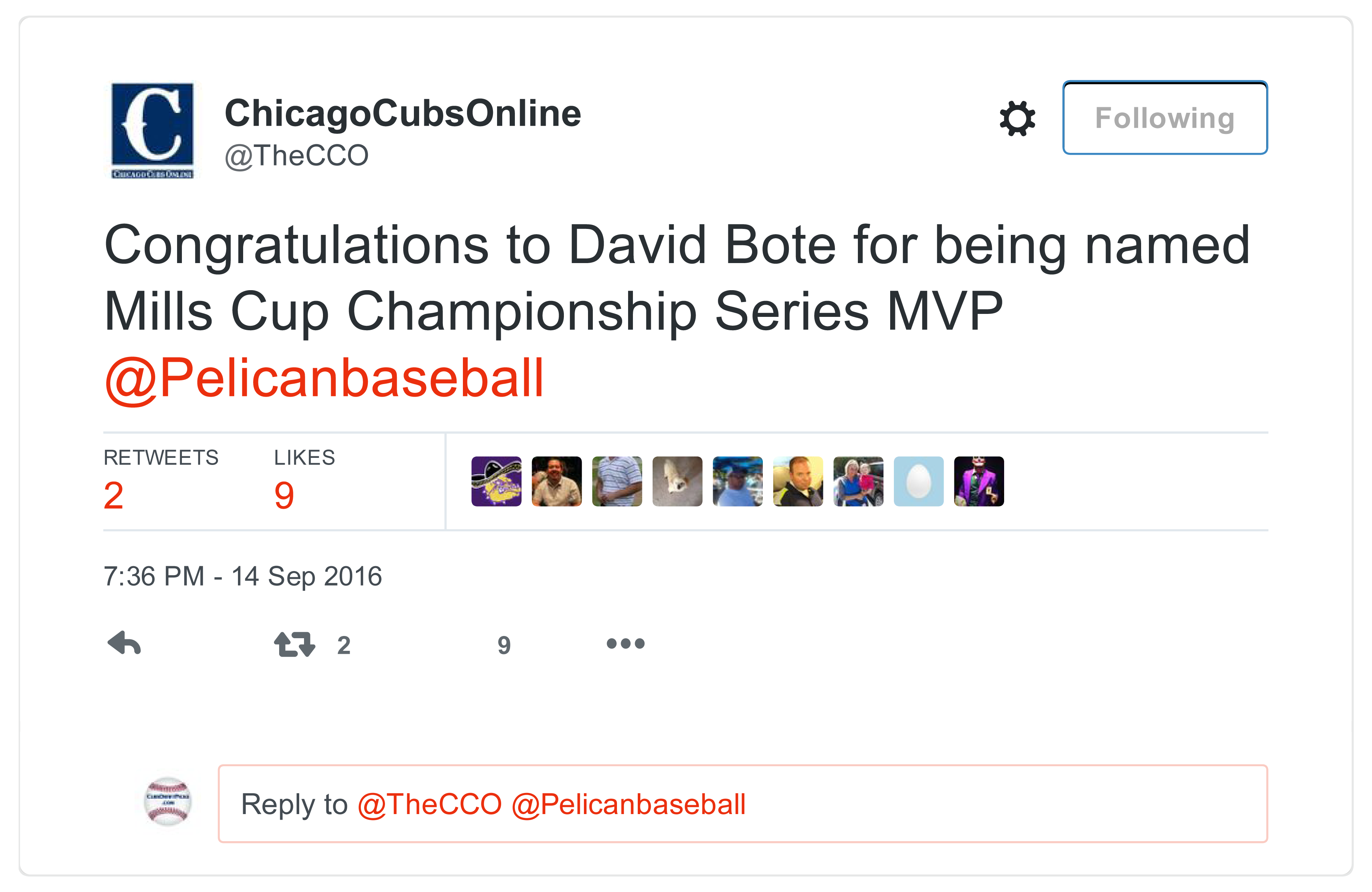 * 2016 August Update: Our BEL producer Darrell Birkey keeps tabs for us on the progress of David's career, so here's some great news: The Cubs name INF David Bote Minor League Player of the Month for August! Congratulations David!

* 2015 Bote Update: Thanks to our Indiana listener Jerry Janowski for passing this along:

SOUTH BEND – Not many can say they spent eight glorious days in Iowa. That’s just one of the things that makes David Bote (pronounced Boat-EE) special.

The 6-foot-1, 185-pound jack-of-all-trades for the South Bend Cubs is a 22-year-old mature breath of fresh air in a locker room filled with dreams and expectations. Coming from the Denver area, Bote has played every position but catcher during his three-plus professional seasons. He brings five gloves to the ballpark every day – three infield, two outfield. He’s also been a designated hitter. "It keeps you honest; keeps you focused," Bote said before Wednesday night’s 16-3 Cubs win over Lake County. more...

* David Bote has Left the Building: In the second half of the program, co-host Doug McBurney joins Bob on air and the two discuss interactions with a couple Christians who would not sign the personhood petition until...

Today's Resource: Just click if you'd like to subscribe to our BEL Televised Classics to receive four or eight episodes a month on DVD delivered right to your door! You can click to order online or call us at 1-800-8Enyart (836-9278).