* Doug, Bob, & Clinton's 5-pounder: Bob and Doug McBurney point out that the media is pleased with Obama's "praying" because they know that his Christianity is a political ploy. If they actually believed that He was praying for wisdom from God's and the peace of the Holy Spirit to help guide him, they would be mortified. The only good Christian is a bad Christian to the media, and this is reminiscent of the media never criticizing Bill Clinton for carrying around his 5-pound family Bible as a political prop while going to church on Sundays. And when Obama says that he prays a lot, Doug believes him: "I have no doubt, that he prays five times a day."

* Ambrose Bierce (1842 - 1913) Definitions: This American journalist, critical of American governance (and most everything else) wrote definitions for terms of governance that bear an amazing similarity to BEL's criticism of the U.S. system. This list comes from his Devil's Dictionary (as annotated in brackets by Jamie Scofield): 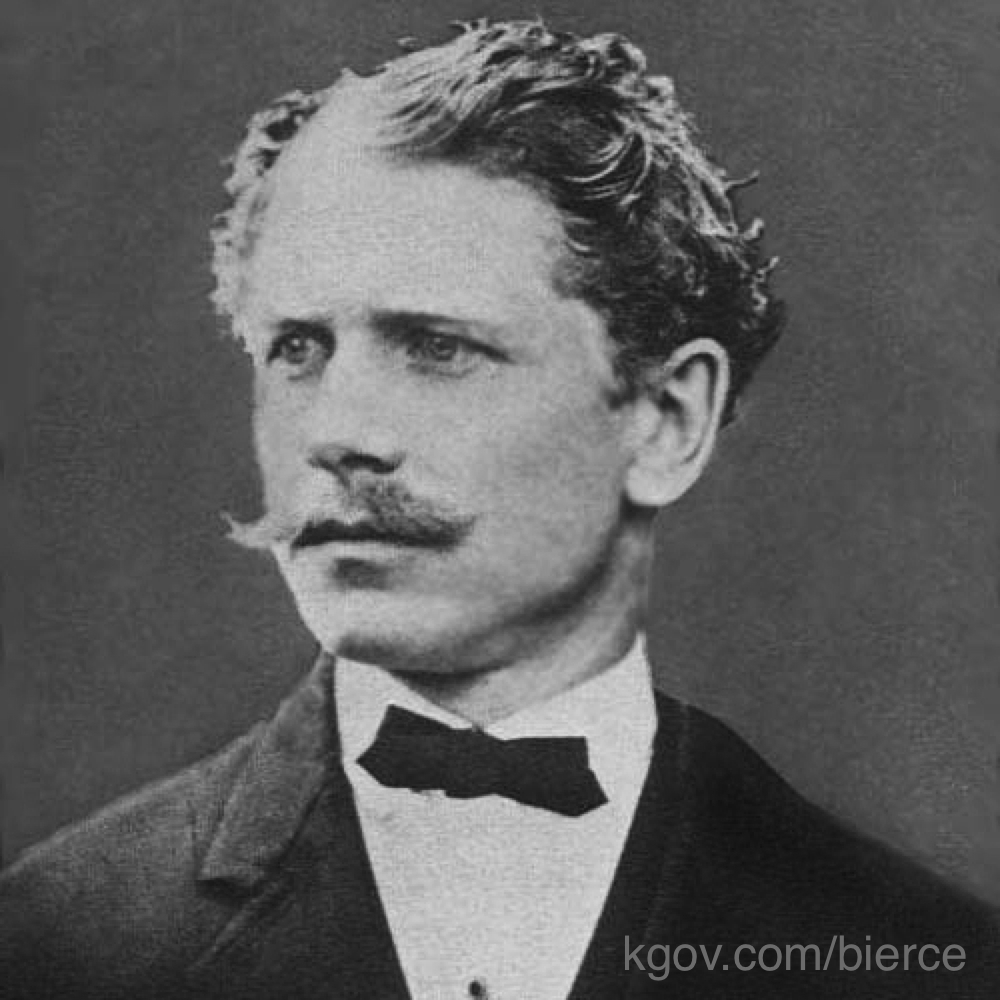 Republic, n.  A nation in which, the thing governing and the thing governed being the same, there is only a permitted authority to enforce an optional obedience.  In a republic the foundation of public order is the ever lessening habit of submission inherited from ancestors who, being truly governed, submitted because they had to.  There are as many kinds of republics as there are gradations between the despotism whence they came and the anarchy whither they lead.

Senate, n.  A body of elderly gentlemen charged with high duties and misdemeanors.

Representative, n.  In national politics, a member of the Lower House in this world, and without discernible hope of promotion in the next.

President, n.  The leading figure in a small group of men whom -- and of whom only -- it is positively known that immense numbers of their countrymen did not want any of them for president.

Suffrage, n.  Expression of opinion by means of a ballot.  The right of suffrage (which is held to be both a privilege and a duty) means, as commonly interpreted, the right to vote for the man of another man's choice, and is highly prized.  Refusal to do so has the bad name of "incivism."  The incivilian, however, cannot be properly arraigned for his crime, for there is no legitimate accuser.  If the accuser is himself guilty he has no standing in the court of opinion; if not, he profits by the crime, for A's abstention from voting gives greater weight to the vote of B.

Recount, n.  In American politics, another throw of the dice, accorded to the player against whom they are loaded.

Grapeshot, n.  An argument which the future is preparing in answer to the demands of American Socialism. [Grapeshot is a kind of buckshot for shotguns and similar firearms. If you knew this, forgive me; I myself had to look it up.]

Majesty, n.  The state and title of a king.  Regarded with a just contempt by the Most Eminent Grand Masters, Grand Chancellors, Great Incohonees and Imperial Potentates of the ancient and honorable orders of republican America.  [He refers here to the heads of various groups like the Lions, the Oddfellows, the Rotary, and other pseudo-Masonic lodges, thus pointing out the hypocrisy of Americans who hate monarchy.  Of course, he is exceedingly sarcastic.]

Coronation, n.  The ceremony of investing a sovereign with the outward and visible sign of his divine right to be blown skyhigh with a dynamite bomb.

Accomplice, n. One associated with another in a crime, having guilty knowledge and complicity, such as an attorney who defends a criminal, knowing him guilty.  This view of the attorney's position in the matter has not hitherto commanded the assent of attorneys, no one having offered them a fee for assenting.

Appeal, v.t. In law, to put the dice in the box for another throw.

Guillotine, n.  A machine which makes a Frenchman shrug his shoulders with good reason.

Habeas Corpus, n.  A writ by which a man may be taken out of jail when confined for the wrong crime.

Hangman, n.  An officer of the law charged with duties of the highest dignity and utmost gravity, and held in hereditary disesteem by a populace having a criminal ancestry.  In some of the American States his functions are now performed by an electrician, as in New Jersey, where executions by electricity have now recently been ordered -- the first instance known to this lexicographer of anybody questioning the expediency of hanging Jerseymen.

Homicide, n.  The slaying of one human being by the another.  There are four kinds of homicide: felonious, excusable, justifiable and praiseworthy, but it makes no great difference to the person slain whether he fell by one kind or another -- the classification is for advantage of the lawyers.

Justice, n.  A commodity which in a more or less adulterated condition the State sells to the citizen as a reward for his allegiance, taxes and personal services.

Lawful, adj.  Compatible with the will of a judge having jurisdiction.

Lawyer, n.  One skilled in circumvention of the law.

Litigation, n.  A machine which you go into as a pig, and come out of as a sausage.

Precedent, n.  In Law, a previous decision, rule or practice which, in the absence of a definite statute, has whatever force and authority a Judge may choose to give it, thereby greatly simplifying his task of doing as he pleases.  As there are precedents for everything, he has only to ignore those that make against his interest and accentuate those in line with his desire.

Rope, n.  An obsolescent appliance for reminding assassins that they too are mortal.  It is put about the neck and remains in place one's whole life long.

Tree, n.  A tall vegetable intended by nature to serve as a penal apparatus, though through a miscarriage of justice most trees bear only a negligible fruit, or none at all.  When naturally fruited, the tree is a beneficent agency of civilization and an important factor in public morals.

Trial, n.  A formal inquiry designed to prove and put upon record the blameless characters of judges, advocates and jurors.  In order to effect this purpose it is necessary to supply a contrast in the person of one who is called the defendant, the prisoner, or the accused.  If the contrast is made sufficiently clear this person is made to undergo such an affliction as will give the virtuous gentlemen a comfortable sense of their immunity, added to that of their worth.  In our day the accused is usually a human being, or a socialist, but in medieval times, animals, fishes, reptiles and insects were put on trial.

And a Bonus Definition

Reliquary, n.  A receptacle for such sacred objects as pieces of the true cross, short-ribs of the saints, the ears of Balaam's @#!*% , the lung of the @#!*% that called Peter to repentance and so forth.  Reliquaries are commonly of metal, and provided with a lock to prevent the contents from coming out and performing miracles at unseasonable times.  A feather from the wing of the Angel of Annunciation once escaped during a sermon in St. Peter's Cathedral and so tickled the noses of the congregation that they woke and sneezed with great vehemence three times each.