* Secretly Recorded: Hear Bob Enyart talk to Jehovah's Witnesses in the home of a BEL listener through a secretly recorded audio record of what transpired. Bob takes two approaches. First, the Jehovah's Witnesses have officially issued false prophecies, including in 1921, that "Millions now living will never die." And secondly, Bob presents a surprising alternative method of demonstrating from the Scriptures the deity of Jesus Christ. (If you're interested, you can hear the continuation of Bob's conversation with these two Jehovah's Witnesses at kgov.com/JWs-2 and kgov.com/JWs-3 and check out his kgov.com/cults page that presents his secret recording talking to Mormons.)

* Jehovah's Witnesses Are False Prophets: In a classic example of a false prophet, in 1921 the leader of the Jehovah's Witnesses, "Judge Rutherford" published "The Harp of God" with the claim emblazoned on the cover, that "millions now living will never die"... 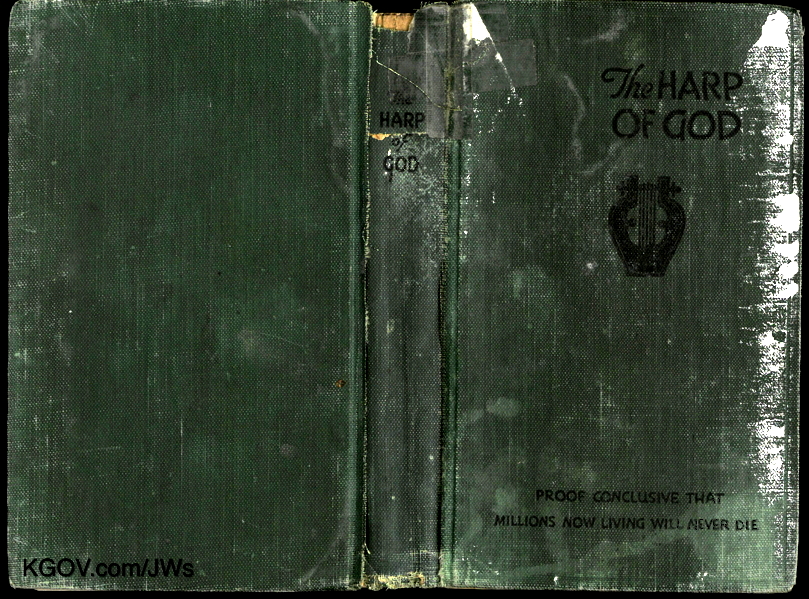 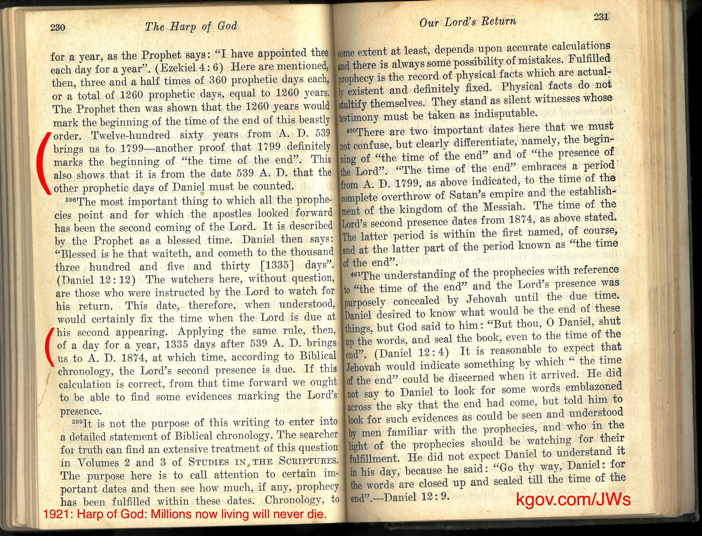