Rice, Rice, Rice & Update on Our List of Ways the Shutdown Kills 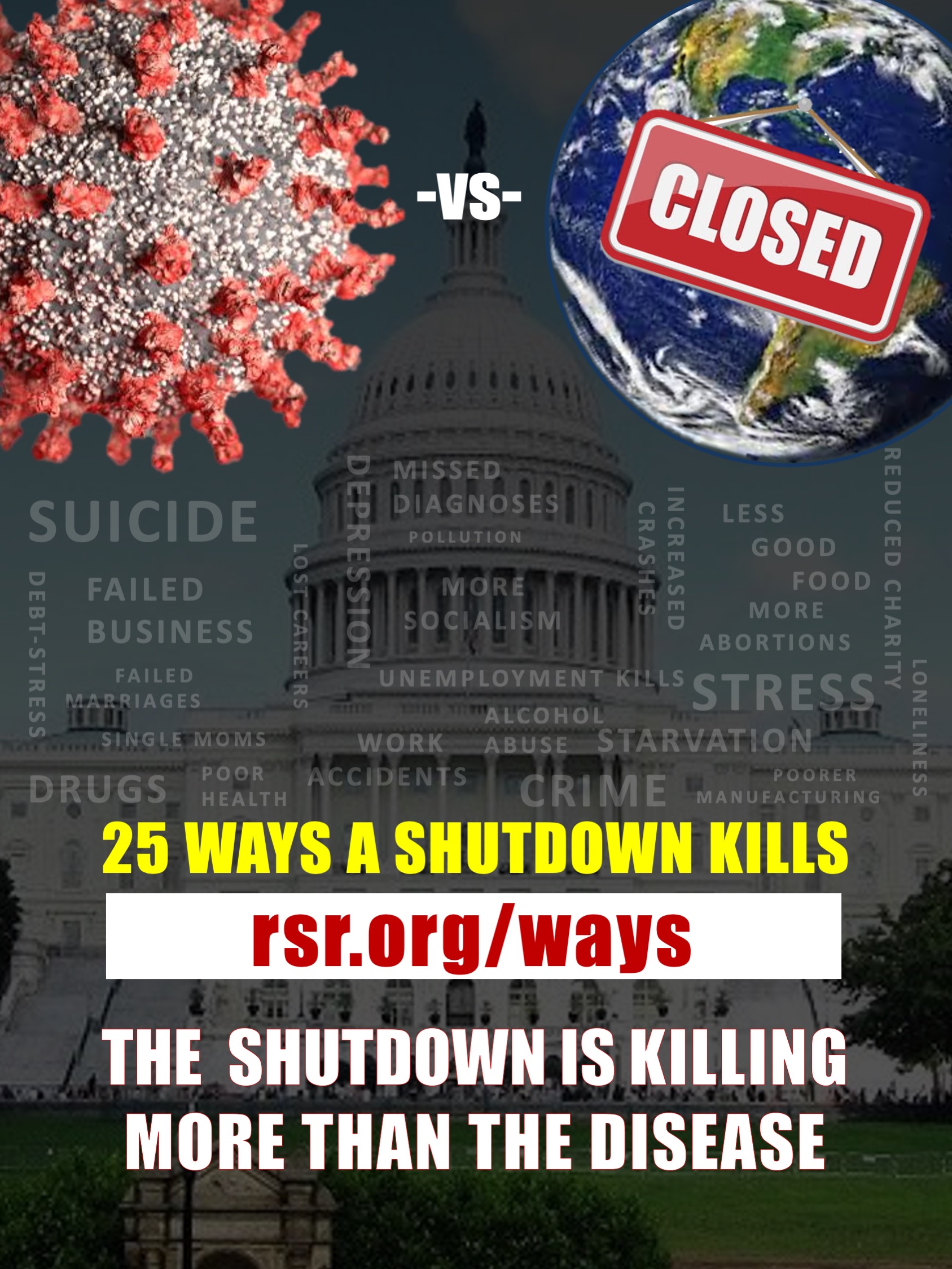 Bob Enyart talks about Donna, Charles, and Richard coincidentally all scheduled this very week to be on different BEL programs. Then, about Denver's murder committed by 9News' Antifa security guard, Bob comments on the Denver Post website: "I haven't been paying attention but... has it started yet? That those who deny to police officers the reasonable use of force defense, unanimously will apply it to this thug?" Consider then Colorado RTL's Propostion 115 warning about the state's late-term abortion ban ballot initiative. And Bob ends the program with a half-a-year later update on our stunning List of 25 Ways the Shutdown Kills People.

Correction: Ted Cruz' comment was not about abortion but socialism, that every Republican Senator agrees that the government should mandate coverage of "pre-existing conditions". So not to spread that mistake, we removed it from the program's audio and we'll soon put a 20-second video out, embedded here and at kgov.com/socialism, showing just that clip and what Senator Cruz said. Just fyi.

Today's resource: What We Believe and Why We Believe It: Do you know anyone who does not believe in Christs resurrection? What a fantastic witnessing tool we have in this Mount Moriah video! Bob brings secular resources to bear on the question of the resurrection of Jesus. Non-Christians can write a letter requesting a free copy of this video (non-Christians only: mail your request to Bob Enyart, PO Box 583, Arvada CO 80001). If you are already a Christian, youll be thrilled when you learn about all the evidence that exists which supports the resurrection, from prophecies to history, to archaeology, to details of the city, the geography, the skull, the garden, and the tomb.

This entertaining video will show you: