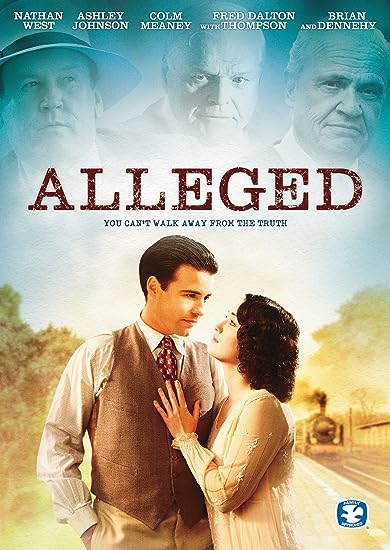 * Hollywood Gets It Right This Time Portraying the Trial of the Century: (Rerun from the RSR archives! And tune in next week for Part 3, Lord-willing, of our List of Things that are Not Physical.) This accurate portrayal of the Scopes Monkey trial stars Brian Dennehy (Rambo) as Clarence Darrow (John Scopes' attorney whom the ACLU eventually fired), Fred Thompson (Law & Order) as William Jennings Bryan (the widely beloved prosecutor), Colm Meaney (Star Trek) as the Baltimore Sun's H.L. Mencken, and love interests Ashley Johnson (The Help, The Avengers, and The Last of Us) and Nathan West, and the adorable Khori Faison as the step sister targeted for sterilization. Just click to watch Alleged for free on Prime Video or to get the DVD! Alleged is accurate to the history and trial transcript of the Scopes Monkey Trial, unlike Hollywood's previous Inherit the Wind attempt. Also, it presents what Hollywood and evolutionists intentionally leave out of their popular renditions, that the textbook that was being defended by the ACLU, Hunter's Civic Biology, portrayed Blacks and Jews and other racial minorities as closer to apes as compared to those of European descent. Thank God for creationists!

* OK, so we did, at change.org: Change.org just squashed our Russia Pulitzer petition. Get the full story here and in BEL's List of When We've Been Dissed. This week president Trump said, "And frankly, you ought to start a petition to return the Pulitzer prize because they were all wrong." So we did. The petition was at change.org/p/new-york-times-ny-times-and-washington-post-must-return-russia-pulitzer. Now it's in the bit bucket because change.org's claimed we "violated the Community Guidelines." Right. By telling the truth (Gal. 4:16).

* So Order Your Copy Today!: Alleged is available from Amazon or anywhere DVDs are sold, but the best way to use your purchase to help further promote this important creation/evolution film is to pick it up from your local Walmart or to order it online and get it shipped to you or your local store using either of these pages: Walmart DVD or Walmart Blu-ray. Enjoy!

Today's Resource: If you enjoy the science you hear about on our fast-paced RSR radio shows,

you'll really love the books, audio, and DVD science materials in our online store's Science Department! And this DVD, Living Fossils, by Dr. Carl Werner, is absolutely stunning! You owe it to yourself, and your loved ones, to watch this DVD! Whether a shark, leaf, or crab, living fossils are a challenge for evolutionary theorists and create a fascinating debate among scholars. Do they indicate a younger earth than thought, placing the millions of years timeline of evolution in question? Or do they represent a deep mystery?

* Fun Fact: Nebraska Man: Leading up to the Scopes Monkey Trial, as depicted in the movie Alleged, leading evolutionists were promoting "Nebraska Man" as the missing link between apes and humans. (One of these promoters was Professor Henry Osborne, president of NYC's American Museum of Natural History whom Bryan once engaged in the pages of the New York Times in a debate on evolution.) Paleontologists described Nebraska Man's height, abilities, social structure, tool use, amount of hair on his body, etc. Yet all they had actually discovered was a tooth. Yes, a single tooth. And later, when they excavating more of the skeleton, the evolutionists realized it was the tooth of a pig. Sort of reminds Bob and Fred of the description of a new dinosaur created recently from a 1/4-inch bone!

* Quote from Alleged: When William Jennings Bryan arrives in Dayton, Tennessee, he answers a reporter's question. "We're not claiming that the Bible is a science textbook. Not at all. For the textbooks have to be written all the time!"

* From Evolution News & Views: At the heart of the Scopes “Monkey” Trial was a very scary book...

Indeed, the very book — Hunter’s Civic Biology — from which John T. Scopes taught Darwin’s theory of evolution to high school students in Dayton, Tennessee, contained dangerous misapplications of that theory. It explicitly accepted the naturalistic fallacy (that moral conclusions can be drawn from descriptions of nature) and repeatedly drew moral instruction from nature. Indeed, its very title, Civic Biology, made it clear that biology had direct political implications for civic society. In discussing the “five races” of man, the text assured the all-white, legally segregated high school students taught by Scopes that “the highest type of all, the Caucasians, [are] represented by the civilized white inhabitants of Europe and America.” The book, the avowed goal of which was the improvement of the future human race, then proposed certain eugenic remedies. After a discussion of the inheritability of crime and immorality, the author proposed an analogy: “. . . Just as certain animals or plants become parasitic on other plants or animals, these families have become parasitic on society. They not only do harm to others by corrupting, stealing, or spreading disease, but they are actually protected and cared for by the state out of pubic money. Largely for them the poorhouse and the asylum exist. They take from society, but they give nothing in return. They are true parasites.”
From the analogy flowed “the remedy”: “If such people were lower animals, we would probably kill them off to prevent them from spreading. Humanity will not allow this, but we do have the remedy of separating the sexes in asylums or other places and in various ways preventing intermarriage and the possibilities of perpetuating such a low and degenerate race. Remedies of this sort have been tried successfully in Europe and are now meeting with success in this country.” These “remedies” included involuntary sterilizations, and eventually laid the foundation for involuntary “euthanasia” of the kind practiced in Nazi Germany. 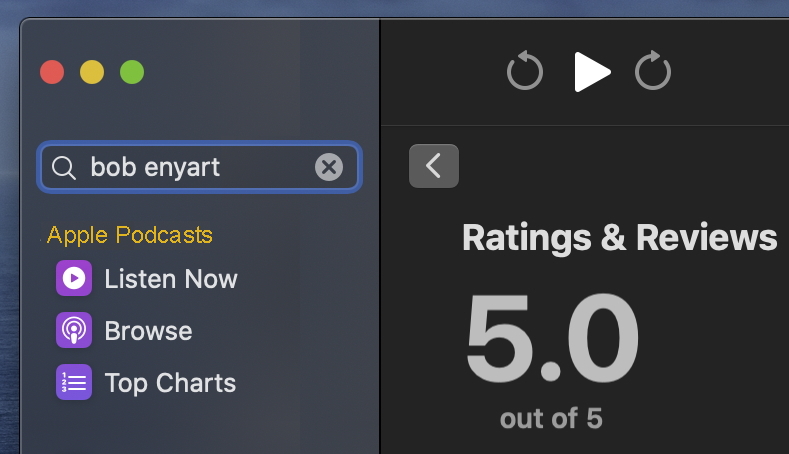 From: Charles C.
Date: July 18, 2019
Subject: My Daughter and The Plot
Message: My daughter texted me out of the blue this afternoon.
Nicole: Man, I love Bob Enyart.
Me: That's good to hear. What were you listening to or reading that prompted
this?
Nicole: I'm listening to his podcast and he was interviewing some guy [Brandon from Clinton Township, MI] and they talked about his book The Plot. I just feel like I'm on the brink of really understanding the Bible and the Gospel. I've asked pastors so many questions and have received so many non-answers. Bob's teaching makes so much sense. Finally! It's refreshing.
Me: Agreed!