* Dinosaur Soft Tissue, Adam & Eve in DNA, Too Perfect Galaxy Clusters,  C-14 Everywhere: Real Science Radio co-hosts Bob Enyart and Fred Williams observe their annual tradition by updating their growing list of scientific observations that challenge those who claim that the earth is millions of years old. Many of these scientific finds demand a re-evaluation of supposed billion-year ages. (Our List begins here.)

* Carbon-14 Found Everywhere It's Not Supposed To Be: Carbon-14 C14 decays in only thousands of years and therefore cannot last for millions. Thus evolutionists did not expect to find C-14 EVERYWHERE it shouldn't be if the earth were old (Answers 2011). Carbon-14 is found in petrified wood, coal, oil, limestone, graphite, natural gas, marble, deep ground water, dinosaur fossils, and even in supposedly billion-year-old diamonds! A secondary assumption by old-earth scientists proposes that the C-14 in diamonds (coal, etc.) must have come from C-13 and neutron capture. However, first, radio activity is concentrated in continental rock (see RSR Prediction below), and secondly, relatively speaking, radioactivity is relatively scare even in the continental crust, at least as documented by this U.S.G.S. report for enormous swatches of land. Thirdly, a geologist with a degree from Colorado's School of Mines who has a background in nuclear physics (who also spent years bombarding various elements with neutrons to make isotopes for industry), explained to RSR that Carbon does not easily absorb neutrons because it is the heavier elements beginning with Sodium that readily capture neutrons. Further, while it is possible but extremely unlikely that a Carbon atom will capture a free neutron, industrial processes use Carbon to slow down neutrons, whereas they use heavier elements, typically starting with Silicon, which is almost double the atomic weight of Carbon, for neutron capture. Consider also, as Dr. Paul Giem writes, that "since nitrogen-14 captures neutrons 110,000 times more easily than does carbon-13," samples with even tiny amounts of nitrogen would dramatically increase carbon dates, such that, "If neutron capture is a significant source of carbon-14 in a given sample, radiocarbon dates should vary wildly with the nitrogen content of the sample." Giem adds, "I know of no such data." And recognizing that U.S.G.S report of scarce crustal radioactivity for coal, basalt, shales, granite, fly ash, etc., Dr. Jonathan Sarfati builds upon Dr. Giem's research arguing that neutron capture could account for less than one 10,000th of the C-14 in diamonds (see these peer-reviewed calculations). See more at RealScienceRadio.com/Carbon-14.

* Wet Sand Hardens into Stone in Hours: Rather than taking geologic ages, here are three methods of rapidly turning sediments rock hard:
- water and common soil bacteria, in a couple hours, turn "soft sand" into "something resembling marble more than sandstone", according to scientists at Murdoch University who have gone from lab experiments to the marketplace where they spray bacteria-laiden water onto sand for landowners who want to prevent erosion. See RSF's Oops show, Science Alert, and Creation magazine's Speedy Stone article.
- vibration, forcing the water out of mud and causing the grains to settle into an extremely rock-hard material
- plain water, sprayed on soft limestone (as miners do in Australia) to turn it into hard rock.
If you are aware of documentation for these last two methods related to RSR by listeners, please email any documentation to us. Thanks!

* Even Faster Rocks: As listed in Dec, 2010 Creation Matters, radiometric dating by Rubidium-Strontium gives a 1.3 billion year age for lava atop the Grand Canyon which would be 300 million years older than the precambrian basalt at the bottom of the canyon, as reported by Steven Austin, Ph.D. Also, the Potassium-Argon dating method incorrectly indicates that certain minerals hardened into stone 350,000 years ago, when in reality they solidified just recently, in 1986, from lava that flowed six years after the enormous 1980 Mount St. Helens eruption. And some of the mineral within the then ten-year old rock was wrongly dated as having solidified two million years earlier.

* Grand Canyon's Millions of Missing Years: According to evolutionary geologists, there are MORE THAN 100 MILLION YEARS MISSING in the extraordinarily regular and straight layers of the Grand Canyon. The supposed geological layers entirely missing from the beautifully formed Grand Canyon strata, according to the National Park Service, include the Ordovician and the Silurian. The flat boundaries between strata provide hard evidence proving that millions of years of erosion DID NOT OCCUR, and that therefore, those millions of years DID NOT PASS, neither in the canyon nor anywhere on Earth. Also, the enormous side canyons, many of which would be major tourist attractions if they had formed elsewhere on Earth, have no river, Colorado or otherwise, to explain their existence, for they were formed by the rapid drainage of groundwater in the weeks after the flood catastrophically formed after the breach of a natural dam. The Grand Canyon formed rapidly. 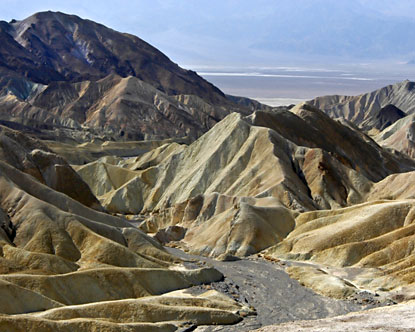 According to the USGS, "The understanding of the timing of eruptions [in Death Valley] and the timing of the building up to eruptions is changing." Anti-biblical bias frequently leads scientists to a knee-jerk claim of events occurring tens of thousands or millions of years ago, which if true would falsify the Bible account of the creation week and the literal interpretation of Genesis presented by Jesus Christ Himself. According to USA Today, in this particular instance, the old claim that a Death Valley eruption occurred 10,000 years ago, which as Isaac Newton himself would have pointed out, would awkwardly have been prior to God's creation of the universe, actually occurred only 800 years ago, according to more careful scientific observations, as per the trend evident on this list-of-not-so-old-things!

* Initial Tests Show Mostly Left-Handed Amino Acids in Amber, Shale, and Chert! Like hands and hockey sticks, some molecules are right or left handed. Life uses 100% left-handed amino acids to build proteins (and purely right-handed sugars to build DNA). The laws of chemistry demonstrate that after death, amino acids racemize back to a 50-50 mixture of right- and left-handed acids. England's Royal Society published a time range for this physical process which, "produces totally racemized amino acids in 10(5)-10(6) [100,000 to 1,000,000] years in most environments on the Earth." (So researchers have even begun dating whale carcasses by the spherical growth patterns in the eye by measuring the percent of left-handed acids in each lens layer.) Yet allegedly far older insects in amber yield mostly left-handed amino acids such that researchers shockingly suggest a half-life of a billion years for racemization in amber! However, while almost all of the research on this soft-tissue webpage is reported from secular sources, in this case creationist scientists have reported primarily left-handed amino acids in Wyoming oil shale (in the Green River region) and also in the supposedly three-billion year old Fig Tree Chert (flint-like sedimentary rock that can contain small fossils) in South Africa. So just as scientists have begun reporting on the carbon dating of dinosaur soft tissue, and as they've found unracemized amino acids in Pleistocene egg shells and elsewhere, RSR joins with the Royal Academy (although for different reasons) in calling for continued biomolecule research on dinosaur fossils including in determining their degree of left handedness. We also call for Carbon 14 dating of some of our "oldest" amber specimens. And finally, while even brief heating can speed the racemization process, nonetheless, RSR predicts much more left-handedness will be found in supposedly ancient dinosaur tissue. * The Palouse River Gorge: In the southeast of Washington State, the Palouse River Gorge is one of many features formed rapidly by 500 cubic miles of water catastrophically released with the breaching of a natural dam in the Lake Missoula Flood (which gouged out the Scablands as described above). So, hard rock can be breached and eroded rapidly.

* See More: This show is Part 3. So you can also check out our RSR List of Not So Old Things Part I, Part 2, and see our YoungEarth.com!

Today's Resource: Have you browsed through our Science Department in the KGOV Store? Check out especially:
- The RSR Age of the Earth Debate with a geophysicist
- Walt Brown’s In the Beginning
- Our RSR evolution debate with infamous evolutionist Dr. Eugenie Scott
- Our RSR CD series on the Hydroplate Theory & Dr. Walt Brown On the Air
Also, check out our RSR Science Pack and the superb kids' radio programming, Jonathan Park: The Adventure Begins! And please help us stay on the air by donating, or just call us at 1-800-8Enyart.