RSR: When Did Adam and Eve Sin?

* The Timing of the Fall in the Garden of Eden: Today is Friday the 13th. Thanks for tuning in to Real Science Radio! We depart from our normal science programming to ask you a question: How soon after their creation on day six did Adam and Eve sin? It turns out that there are clues from biology, Scripture, and history that help to answer that question. In Creation magazine, in the article, Why Bible History Matters, Dr. Jonathan Sarfati makes three observations that provide a time frame.

1. Adam and Eve did not conceive any children prior to the Fall
2. Eve would likely have become pregnant during her first menstrual cycle
3. Lucifer also would have rebelled in the short time between Creation and the Fall 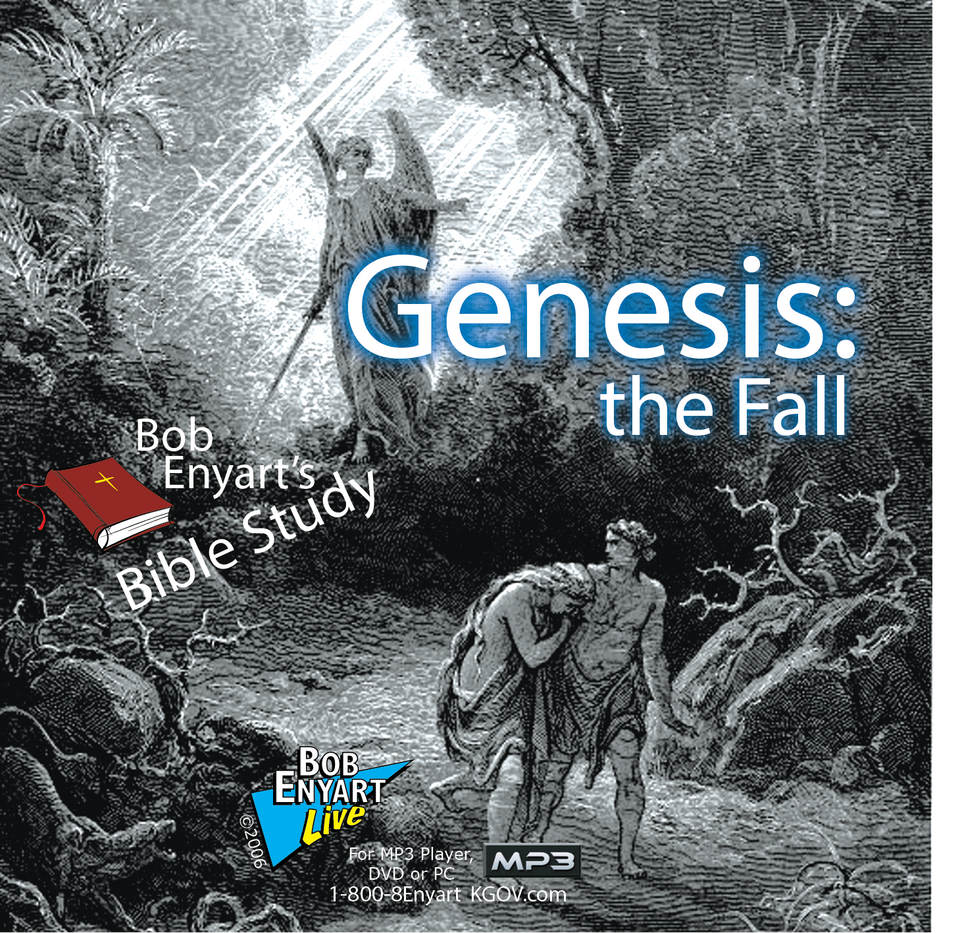 Recognizing that Adam and Eve fell prior to conceiving their first child is the primary realization for chronicling the earliest days in human history. Our Bible study album, Genesis: The Fall, makes these and other biblical, biological, and historical observations (some of which are presented below) that may further narrow the timing of the all of Adam and Lucifer.

* The Timing of Lucifer's Fall: The Fall encompasses the downfall of Adam, Eve, and Lucifer! Scripturally, Dr. Sarfati is on solid ground concluding that Satan fell in that short time period between creation and Adam's sin. So we add the following observations:

4. No sinless human offspring were born to Adam and Eve 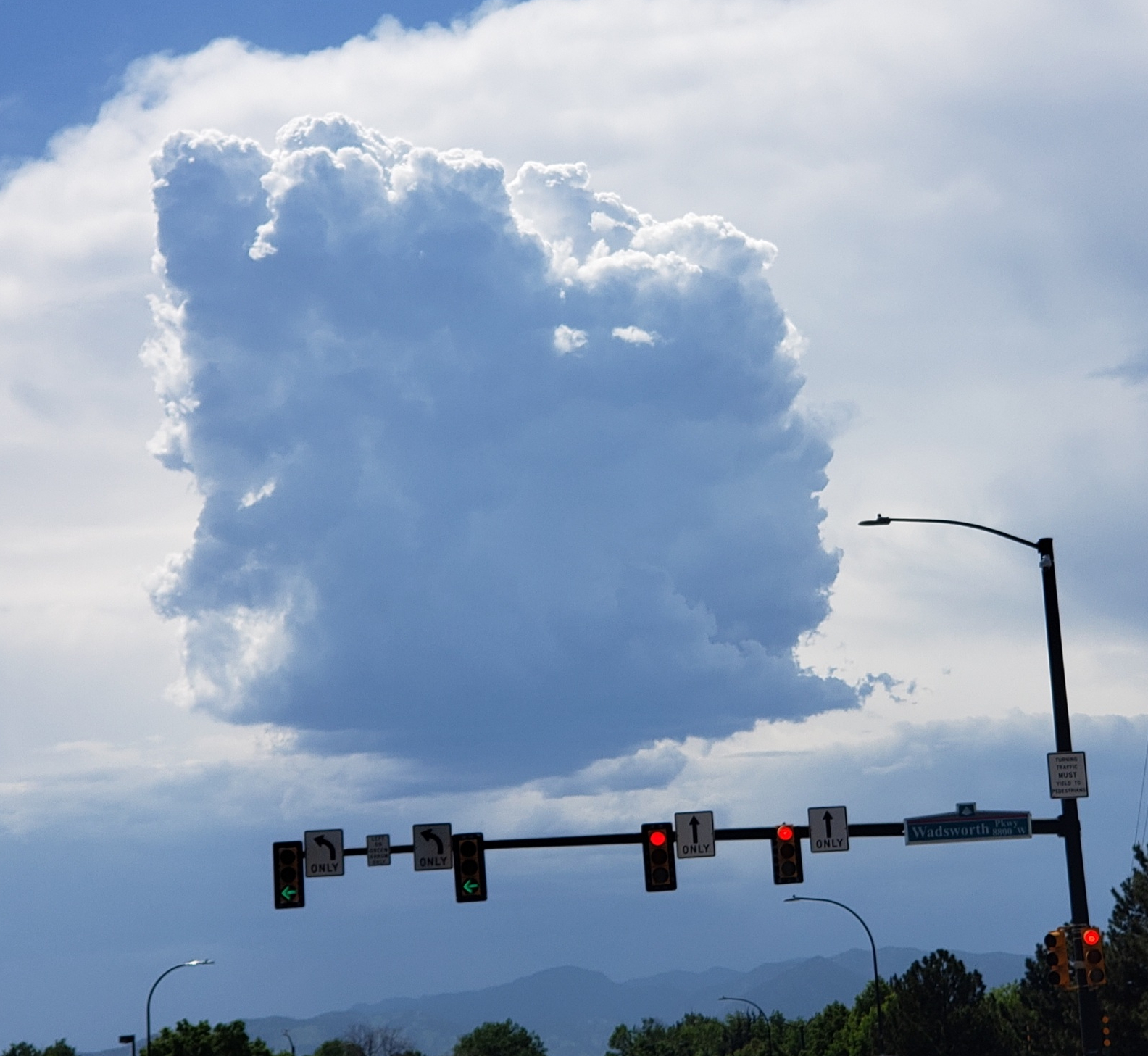 As traditionally understood, the passage interpreted as Satan's Fall in Ezekiel 28 says about Lucifer that, "You were in Eden, the garden of God." And in Isaiah 14, the parallel passage about the perfect and wise Lucifer, “you have said in your heart: ‘I will ascend into heaven… I will ascend above the heights of the clouds…"

Lucifer was "fallen from heaven," not geographically, for He was on the Earth in the Garden of Eden coveting to rise above the clouds and ascend of his own will into heaven. So he fell not from heaven, but from God's kingdom of heaven, which initially encompassed everything created, including, in a special way, our planet's surface (also called the firmament, terra firma, the raqia), which God prepared for the kingdom of heaven on Earth. For Lucifer was, "perfect… from the day you were created, till iniquity was found in you" (Ezek. 28:15).

8. God didn't curse Lucifer until the Fall in the Garden, "Because you have done this, you are cursed" Gen. 3:14

Prior to his temptation of Eve, God had not cursed Lucifer to be lower than the animals nor had he been identified as the enemy of God the Son who, because of sin, now would come as the Seed of the woman (i.e., the Christ).

9. "Because you have done this [tempted Eve, there is] enmity between you and... her Seed [the Christ]; He shall bruise your head, and you shall bruise His heel." Gen. 3:15

And prior to Eve's fall, he was not at enmity with Eve nor with her future descendants, which would now include the coming Messiah, the Savior of all those who trust in Him, Jesus Christ. For God said, "Because you have done this, you are cursed more than all cattle… And I will put enmity between you and the woman, and between your seed and her Seed."

Recall the Apostle Paul's counsel regarding the qualification of someone who would be a leader, that he be, "not a novice, lest being puffed up with pride he fall into the same condemnation as the devil" (1 Tim. 3:6). For Lucifer coveted both the obedience of man and the millions of offspring who were represented by the ova in Eve's ovaries (along with all their posterity). So he tempted Adam and Eve, and he did so before their first conception. While it may seem difficult to imagine that Man would fall so quickly, as would an archangel, and his followers, surely that difficulty would increase, not decrease, the longer these beings had lived in fellowship with God.

11. If Eve became pregnant during her first menstrual cycle, the ovum that became Cain ovulated on Eve's 14th day

When might Eve have become pregnant? With a significant range among healthy women, the normal human menstrual cycle is about 28 days (four 7-day weeks). Ovulation, though varying a few days either way among women, occurs averaging near the middle of the cycle, on the 14th day. During that time, the hypothalamus triggers a vital and irreducibly complex process beginning with instruction to the pituitary gland to release gonadotropic hormones, which the bloodstream carries to the ovaries, which in turn use hormonal chemical signals to prepare the endometrium of the womb.

12. Like with Adam, a man's sperm can live in the woman's uterus and fallopian tubes for seven days

If Eve became pregnant that first month, then we can calculate the latest day that Adam could have sinned based on reproductive biology. A woman's ovum is viable for about one day after being released. However, a man's sperm can live in vivo, in the woman's body, even today after millennia of degeneration, in the fallopian tubes for up to one week. By subtracting that week from the approximate middle of Eve's estimated 28-day cycle, it appears that Adam may have rebelled within seven days of his creation. Otherwise, if Eve had become impregnated before that, she would have given birth to an unfallen child, that is, to a child who did not inherit "the flesh" from the parents. But she did not. Eve gave birth to Cain, who inherited the brokenness of his parents, and who grew up to revel in his flesh and murder his younger brother Abel.

13. Adam and Eve likely fell seven days after they were created, that is, on the very first Friday the 13th.

Since Adam and Eve were created on day six, the Fall may have occurred on the calendar date one week later which would have been the 13th day of creation.

Biblical numerology, while a valid area of study, easily leads to destructive superstition and so must be discussed wisely. The number 13 does not factor heavily into biblical numerology but its first reference dates a rebellion, and its second dates the origin of a false claim from some Gentiles of being the true possessors of Israel's covenant, and a third contrasts devotion to God with devotion to one's self.

Twelve years they served Chedorlaomer, and in the thirteenth year they rebelled. Gen. 14:4

Ishmael his son was thirteen years old when he was circumcised… Gen. 17:25

These biblical references may have subtly played into man's superstitious ideas about the number 13. Many owners of skyscrapers and hotels avoid marking a 13th floor. The end of the Mayan calendar's 13th Baktun is feared as a harbinger of the end of the world. And many people foolishly fear Friday the 13th. The exact date of the Fall is beside the point, however. What is relevant in the study of human history is that there is strong biblical evidence to indicate that Lucifer, Adam and Eve fell within a very brief time of one another and that, just shortly after the creation week.

Today's Resource: In addition to this convenient PDF of today's topic, please also check out our brand new flood video!

* A Note on Hormones vs. Pheromones: Hormones are chemical signals WITHIN an organism. Pheromones are chemical signals BETWEEN organisms. Endocrinologist Dr. Joel Brind of Baruch College in New York City explains that the first cry of the baby to mom that he is hungry is the chemical signal detected by Early Pregnancy Tests, which chemical therefore is not a hormone but a pheromone signal to another organism, that is, from one person to another, from child, to mom. See AmericanRTL.org/abortion and AmericanRTL.org/Bible for more about the personhood of the unborn child.

* Gestation -- Painless Childbirth: [Post-show bonus topic.] Pain in childbirth is a result of sin. For as a result of Adam and Eve's sin, to the woman God said: “I will greatly multiply your sorrow and your conception; in pain you shall bring forth children..." (Gen. 3:16). After being created on the sixth day (Gen. 1:27), Adam sinned so quickly that his wife did not even have time to conceive a child before the Fall. However, if Eve had given birth before the Fall, she would not have experienced pain in childbirth. Why not? As a result of Lucifer tempting Eve, God then put enmity between him and mankind. And as a result of Eve's sin, God multiplied the length of time for human gestation. (He did this most likely by a factor of 1.5, from six months, six being the biblical number for man, to nine months, nine being a number for judgement.) Sin and death destroyed the perfection of the cosmos itself, for "the creation was subjected to futility" (Rom. 8:21) and as the Apostle Paul continued, "For we know that the whole creation groans and labors with birth pangs together until now" (Rom. 8:22). So after man's sin, the Earth became a hostile place to live. This would be especially true for tiny human newborns who would therefore have a terribly high mortality rate. So God designed Adam and Eve so that if they sinned, children would grow much larger in the womb (as compared to many other animals, and as compared to His original design). As God said to the woman, "I will greatly multiply your sorrow and your conception; in pain you shall bring for children" (Gen. 3:16). For by a typical figure of speech, using the beginning of something to represent the whole, the term conception is a metaphor meaning gestation, in the same way that an author with three titles on the best-seller list doesn't have simply three "titles" on that list, but three books! By multiplying a woman's gestation, her baby would have a much greater chance of surviving in our hostile world, but this comes at the expense of mom's discomfort and pain.

* In Other Good News: As the chronologist Bishop Ussher presumed, just as God presented the beginning of the day at sunset, followed hours later by midnight, so too, He may have begun the Earth's year in the Fall, followed months later by winter. Then, after a few millennia, as recorded in Exodus God changed the beginning of the year to the Spring, to mark the Passover, which feast is a symbol of Christ's sacrifice for us, the Lamb of God.

* In Geological History News: If mankind knows where he's come from, he can know where he's headed. So with that goal, we submit to you our global flood video...

* In Astronomy News: Real Science Radio doesn't only focus on Earth's history, but because the heavens declare the glory of God, our love for Him enables us to think more clearly and so to soar into the heavens to better understand the cosmos that He created!