For the first time in science history the iconic double-slit experiment's startling results are explained. We posit. Real Science Radio hosts Bob and Fred Williams in their second program on this apparent breakthrough begin by laying out their outline for this and the next broadcast.
- That beautiful equations could describe physics Einstein thought incomprehensible
- Comprehending how such equations can describe physics is a key to the 2-slit results
- Describe again and explain further the "Day-4 Double-Slit Explanation"
- Further elucidate the How and Why of the 2-slit experiment
- Propose experiments to test the day-4 double-slit explanation
- Address any early challenges
- Make D4DS predictions about photosynthesis and space cameras

The double-slit experiment results are known for seeming physically impossible. To overcome that hurdle, see RSR's...
- List of Things that are Not Physical, and
- The Wave-Particle Duality is a Triality.

RSR's observations in their rsr.org/physical and rsr.org/triality series also explain:
- how quantum tunneling can occur
- how the instantaneous decoherence of vastly separated entangled particles can occur
- how to resolve what Einstein said was incomprehensible, about how our equations can describe physics
- how a massive waveform can instantaneously collapse
- how two specks of dust a universe apart can attract one another.

With the How address by RSR's previous series, the Day-4 Double-Slit (D4DS) Explanation combines:
- the size of a single photon's wave form
- the distance of the closest and furthest visible stars, and
- the purpose of God's work on Day Four of creation. 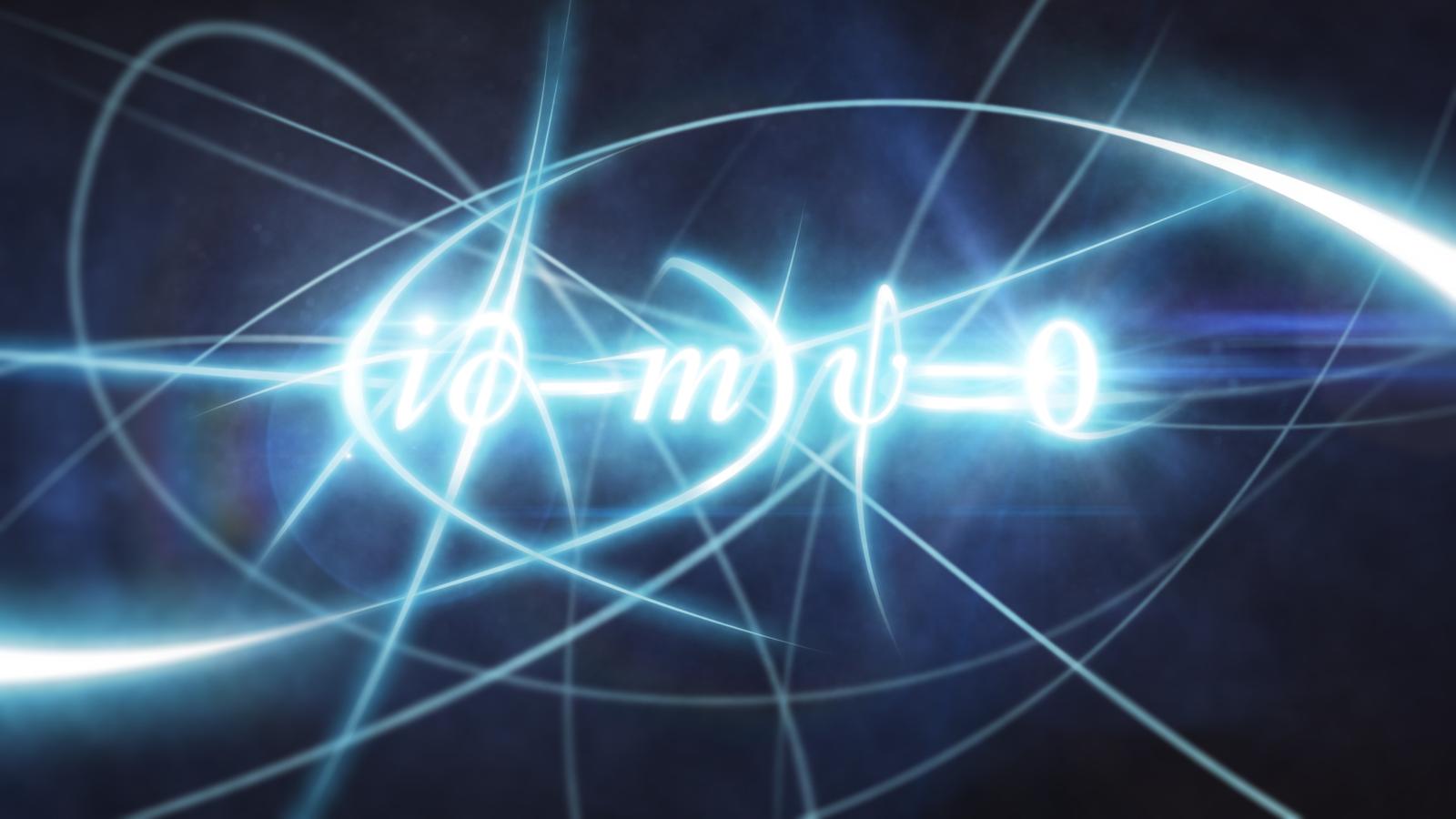 * Astounding and Unexpectedly Beautiful Equations: E = mc2. Exploring unexpected and even startling symmetry and patterns from the microscopic to the galactic scale, mathematicians often describe their work as an aesthetic pursuit of beauty, as Lacayo quotes Einstein that relativity was his "most beautiful discovery."

Notice: Live on YouTube, see Bob and Fred speak tomorrow, Sat., Aug. 14, at 1:30 p.m. Central Time from San Antonio, Texas about creationism at, of all places, an ex-Jehovah's Witnesses event. Just go to YouTube and search for: Witnesses Now for Christ, Southwest Conference. 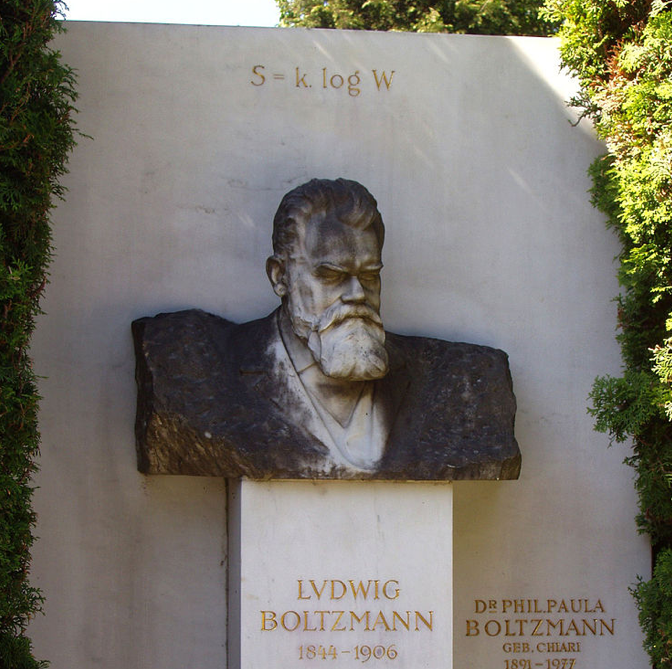 And what do we make of the beauty of Dirac's equation, (∂ + m) ψ = 0, describing how fast-moving electrons behave? He himself wrote in Scientific American in 1963, "It seems to be one of the fundamental features of nature that fundamental physical laws are described in terms of a mathematical theory of great beauty", and further, on a blackboard in Moscow, "A physical law must possess mathematical beauty." Consider that scientists enjoy the inverse square law  I = P/(4π r2), the beauty of Maxwell's field equations, and of Ludwig Boltzmann's formula for entropy, which is even engraved on his tombstone. And as math becomes increasingly purely theoretical, it seems to do an even better job at describing reality, as with the use of the square root of negative one, not only as in describing electrical circuits in the 1800s, but also today for describing quantum mechanics. Another Ludwig, von Mises, similarly wrote in Human Action, that contemporary philosophers "are entirely wrong in their endeavors to reject any kind of a priori knowledge and to characterize logic, mathematics and [economics] as empirical and experimental disciplines. ... Moreover, it is not experience but thinking alone which teaches us that, and in what instances, it is necessary to investigate unrealizable hypothetical conditions in order to conceive what is going on in the real world" pp. 32, 65.) In the 1820s Carnot could not empirically sense but he did intellectually realize that even an idealized perfect heat engine could never operate at 100 percent efficiency (The Arrow of Time, Coveney & Highfield, p. 149). Like Einstein and Schrödinger, "Galileo is also known for his thought experiments", says Nova. "These are carried out entirely in the mind..." So ignoring their five senses, the mathematicians who turn away from the physical world to the non-material world of ideas, seeking pleasure from pure intellectual elegance, often end up being the ones who come closest to describing the physical nature of the cosmos. Atheists struggle with this phenomena because it suggests that the universe originated with the desire for beauty in the mind of a personal Creator.

* The Square Root of Negative One Reveals the Creator: Using an imaginary number, we achieve improved understanding of the physics of quantum mechanics (as mentioned just above) and of electric circuits (a bit further above). How could that be? The square root of a negative number has no material analog and is only a concept. Therefore only an intellect, heavenly or not, can use imaginary numbers. For arguments sake, we can concede that something like the inverse square law could conceivably arise in a posited big bang materialist "reality". But such a big bang universe would be unable to use the square roots of negative numbers because they are not "real", except that as concepts, they are as real as any other concept. And intellects use "concepts" as design parameters all the time. Cartographers, for example, use imaginary numbers within complex formulas to create sophisticated map projections. When God designed the universe, being the Great Mathematician, He not only used arithmetic but complex, higher mathematical disciplines that He himself had created. God used the imaginary unit, that is, the square root of negative one, in His design. So when human beings, sentient, brilliant, and made in God's image, likewise devised higher mathematical disciplines, they made discoveries including the  concept of the imaginary unit and, by their God-given inquisitiveness and creativity, probed the world of physics through the lens of imaginary numbers and found a startling correspondence, such that the use of the square root of negative one gives real insight into the deep physical reality. Because a strictly materialist big bang reality could not utilize a concept such as an imaginary number that has not physical analog, the usefulness of the square root of negative one reveals the Mind of the Creator to us as we explore His cosmos. In a section over at rsr.org/atheism titled Materialists vs. Everything, of the many real things that are not material, we list some of the more substantive ones, including numbers, math, information, codes, the laws of logic, morality, souls, and spirits. And then we ask a question that is yet another potentially devastating issue for materialists: What is matter made of? What if it turns out that matter itself is non-physical? Like biological organisms that are information based more than they are carbon based, if it turns out that matter itself is, like physicist John Wheeler implied, is information based, then materialism is deader than a doorknob. Many struggle to understand Wigner's point in his Unreasonable Effectiveness of Mathematics, and Einstein's point that, "the eternal mystery of the world is its comprehensibility" and that the gap between matter and ideas should be (as a materialist would see it), a "gulf–logically unbridgeable." Those who have the same difficulty as Wigner and Einstein might be able to cross their "gap" as they ponder the implications of the effectiveness in understanding physics by the use of the square root of negative one.

Prerequisites: RSR suggests the following prerequisites to best understand this double-slit series.
- RSR's List of Things that are Not Physical
- Know the Double-Slit Experiment
- RSR's Wave-Particle Duality is a Triality 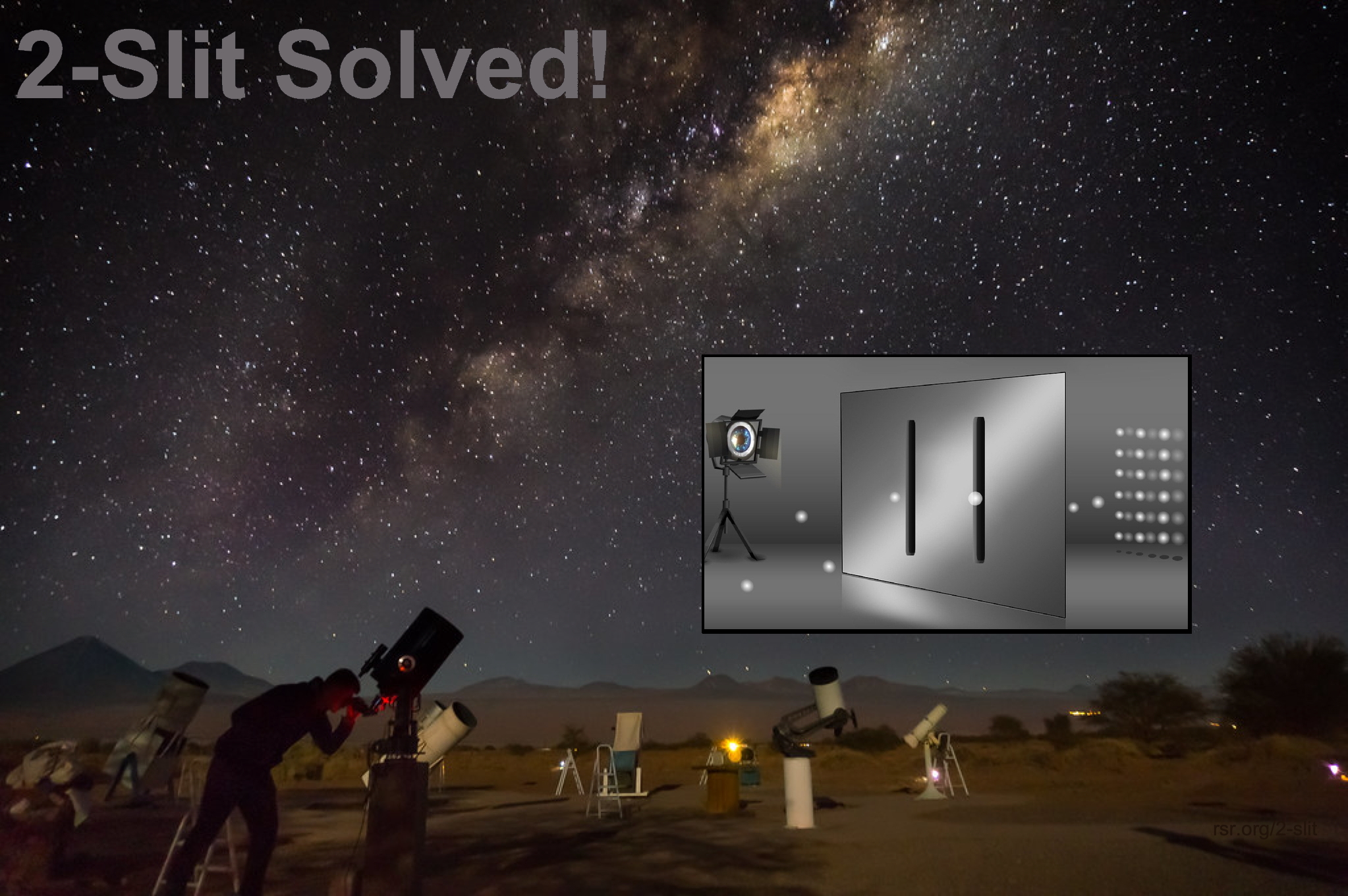 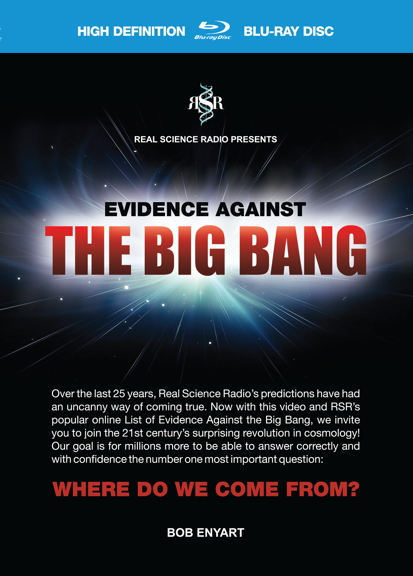 * Get a Real Astronomy Resource: Have you browsed through our Science Department in our RSR/KGOV Store? Also, we ask you to consider getting a Bob Enyart Live monthly subscription, in audio or video on disc or download, of one of our really fun and educational resources! And finally, you might just love RSR's Evidence Against the Big Bang full-length video on Blu-ray, DVD, or download.