A Possible Cause of Death of Denver's Dino Fossil Preparator

On today's episode of RSR, Bob Enyart and Fred Williams report on the four published papers in some of the world's more prestigious science periodicals, including the journals Microbiology and Science, on living bacteria recovered from within fossils dated as 40 million, 120 million, and even 250 million years old. (Of course, widely-published discoveries of biological material from within many dinosaur bones of a half-dozen different species, of extant and still-soft original biological tissue, indicate that dinosaurs like the Thornton triceratops are only thousands and not millions of years old. And likewise, living bacteria from within amber, rock salt, etc., falsifies the claimed millions-of-years ages of those specimens.) 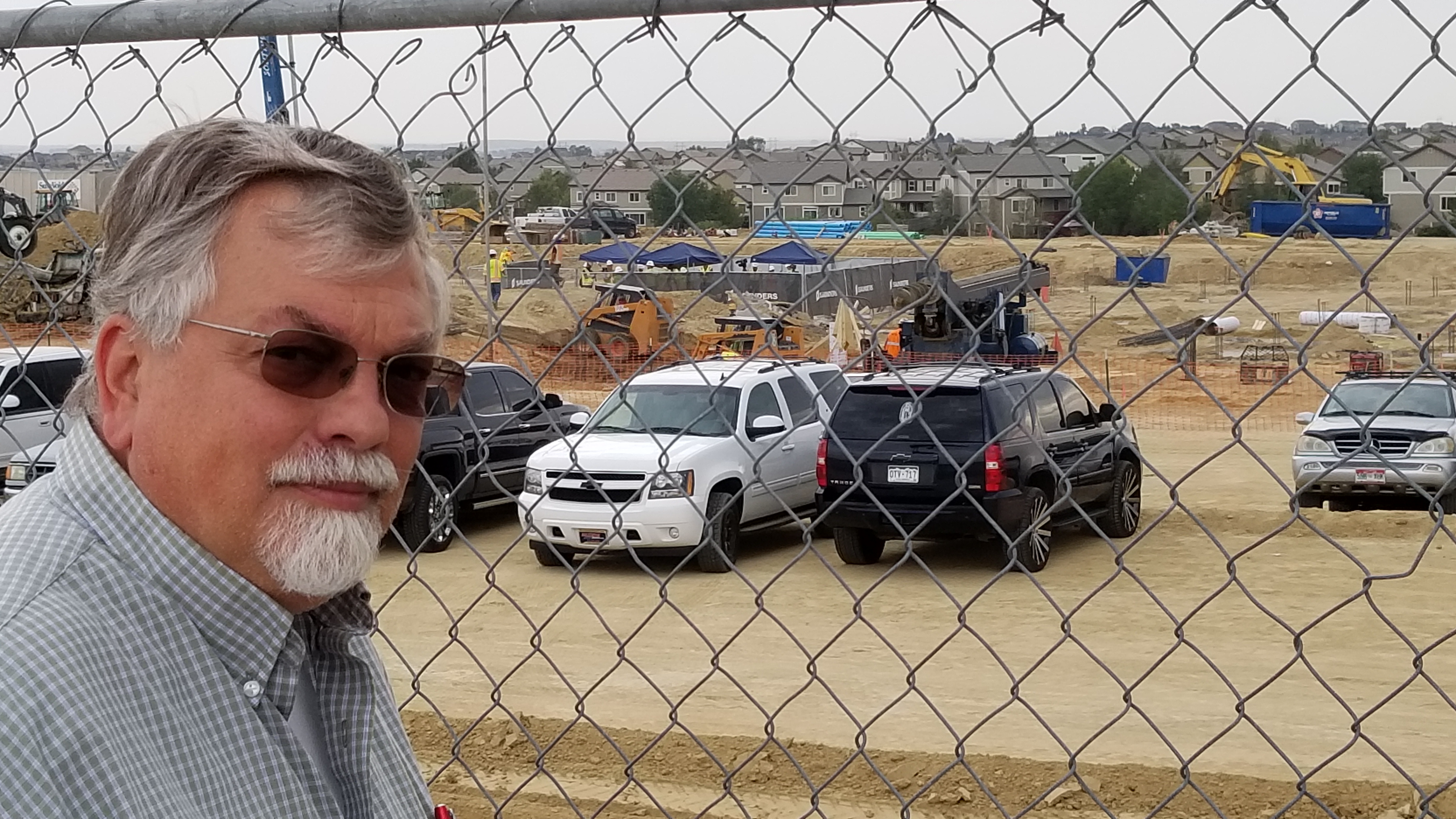 * Authorities Investigating Unexpected Death at Dinosaur Site: Because pathogens can survive in fossils dated (obviously incorrectly) as hundreds of millions of years old, authorities investigating the unexpected death of Mike Getty, a Denver Museum of Nature and Science fossil preparator, should consider whether he was infected by any decomposing biological matter that may still exist within the triceratops he was excavating. As Brian Switek at the Smithsonian magazine points out, paleontologist will sometimes put a specimen on his tongue in determining whether it is a small rock or a chip of bone. Until any possible cross-infection from the triceratops to Mr. Getty is ruled out, the museum should therefore caution its staff against that practice at this location.

* Local, National, and Int'l Media Reporting on Getty's Passing: The Denver Post and local TV news, the NY Daily News, the Fox News Channel, many science news outlets, and Britain's Daily Mail which reported on Mike Getty "contracting a mystery illness" and his sudden passing from unknown causes at the Thornton, Colorado triceratops excavation site. The Denver science museum said that, "All emergency management and safety protocols were followed in accordance with best practices." RSR recommends that as authorities investigate the cause of death, they should not overlook the possibility of a pathogen, bacterial contagion, etc., that may have passed from the triceratops itself to Mr. Getty.

* Update a Week Later: Roles of Endogenous Retroviruses published at cell.com in Trends in Microbiology describes what evolutionists interpret as a "retrovirus that infected our ancestors 100 million years ago". They believe that event left its signature in our human DNA. Update 2020: More than a hundred peer-reviewed journal papers have documented the preservation of ancient organisms' still-soft biological tissue (see bflist.rsr.org) including 54 papers published in 29 science journals about the preservation of original dinosaur soft tissue, showing that this is no isolated phenomenon. So the above question is valid. Was Mike Getty, dying so suddenly on the dig site, possibly infected by an ancient virus (but not one that easily jumps from human to human), perhaps when he put his tongue on a piece of dinosaur bone.

* New Telethon Option -- Join the RSR Research Team: For more than a decade, BEL and Real Science Radio listeners have helped Bob on his 7 p.m. Monday night video conference call (nowadays on Google Hangouts) doing research and helping in other ways. To help reach our $30,000 telethon goal (we're at $10,000), if you would like to join this team, there is a participation cost of $20 per week. We know, we know. What? Pay money to help? Yes, here's why.

First, we've been doing this for many years and we know that most folks think they can't really help and so they don't participate, but now, knowing that they've paid for their "seat at the table", we think that more people will actually join the team!

Secondly, as Tom Healey, who sat in with Bob on the radio last week said, "I had no idea when I began working with BEL what an amazing education I would get and what a wonderful journey I would take." (Thanks Tom for your years of research and help!) So this is somewhat like paying for a class, and even though the class requires some effort, the payoff for those who apply themselves can be measured in lifetime and even eternal benefits!

Third, over the last 26 years, Bob and his staffers have trained scores of volunteers, many times to see our dear friends stop helping out because of understandable changes in their circumstances. As a result, we've become a bit hesitant to continue to train folks to be a part of our behind-the-scenes team. But with this new approach, opening to you the Monday night research team, even though there is now a cost, that may help us overcome all the above difficulties and help toward meeting our financial challenges. So, please call 1-800-8Enyart to "join the team" or email your name and number to Bob@rsr.org. Thanks, and may God continue to bless you!