RSR: Another Not So Old Thing... Reefs! 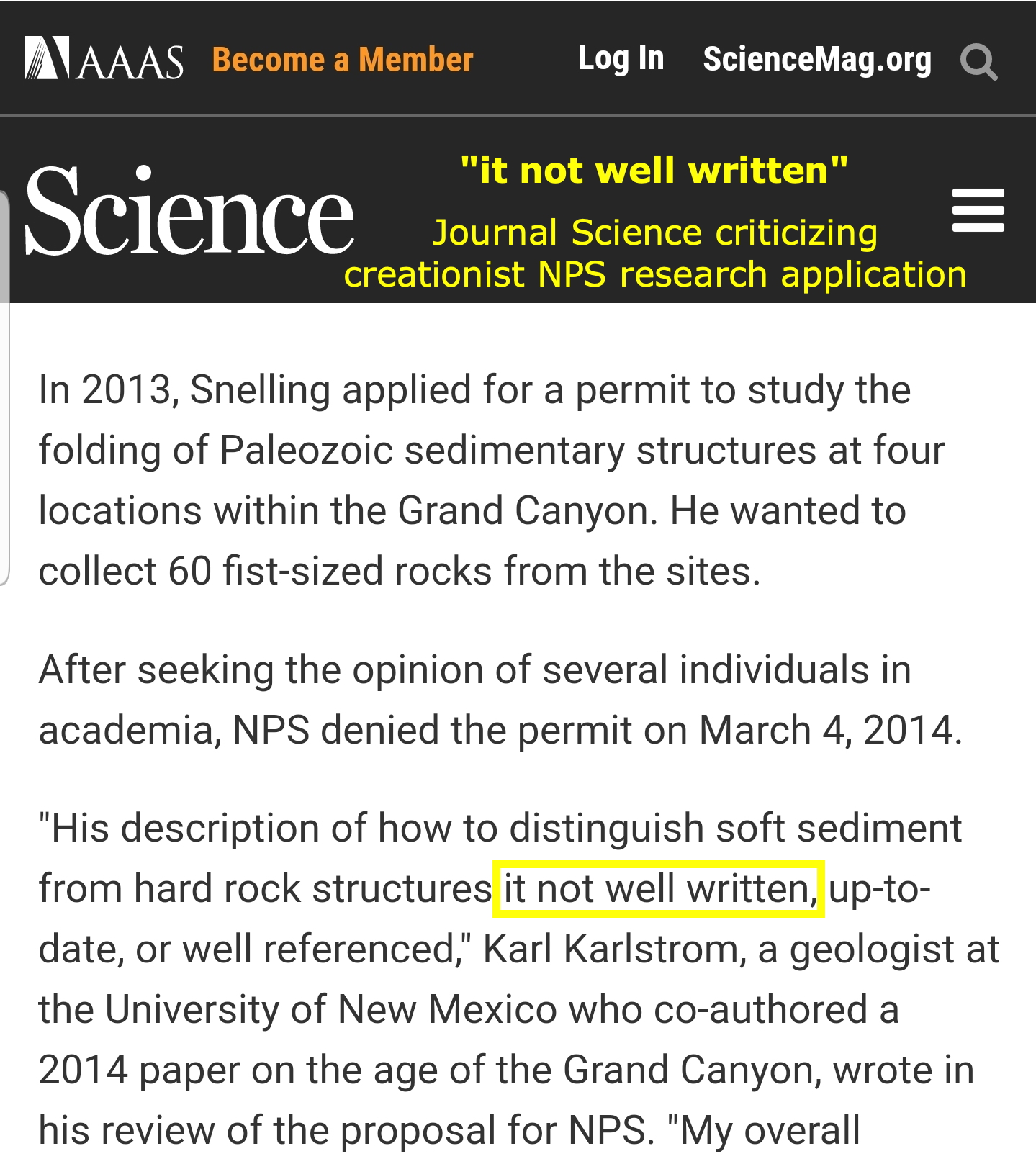 * Ironic Post-show Note: This year Dr. Snelling applied with the National Park Service to collect research samples at the Grand Canyon. NPS rejected his request but after he filed a federal lawsuit he was granted the permission he should have received at first. Notice the report (right) in the biased journal Science, quoting old-earth geologist Karl Karlstrom being so petty as to criticize Dr. Snelling's permit even saying, ironically, "it not well written". Here at RSR, we've followed the dictum that one must always use good grammar especially in a sentence in which you accuse someone else of not using good grammar. :)

YoungEarth.com Climbing the Charts: Casey Kasem would be proud! In August 2012 the RSR guys launched YoungEarth.com. For the first few weeks a Google search for: young earth, did not list our site even within its first 100 results. Then the site started climbing the page rankings, appearing on page three by the end of the first month, and at the bottom of page one by the end of the second month! Now, as of today's program, for a search of: young earth, Google ranks our site in the top three, usually at #2. With only the Smithosonian left to beat, we try harder because we're number two, and we hope to become the #1 highest-ranked young earth page on the entire Internet! You can help! Just link to us. Thanks!

His opening sentence is a quote from a nine-year-old girl, “I can’t believe in both God and dinosaurs, so I picked God.” He then laments how Christians from all walks of life face the same disorienting choice—either choose facts, or choose faith. Unfortunately this false caricature of creationists warring against facts is a common theme throughout the book.

Bob Enyart's take on this is that Wilcox, himself a Christian, implies to any naive readers that it you take the Bible's teachings literally, you can either believe that dinosaurs existed or that God exists, but not both. Of course, no young-earth ministry or leader denies the existence of dinosaurs as a result of being a biblical creationist. (In fact, they are so helpful in promoting the truth of the Bible, that many have taken to calling them missionary lizards!) So this is the kind of smear that creationists expect from atheists, and are more saddened to see coming from a fellow Christian. As a result, though, David Wilcox is the ONLY Christian creationist author that we know of who implies that taking the Bible literally would somehow imply that dinosaurs never existed.

Fred also points out that, "Wilcox’s favorite example to prove an old earth is the '140,000 year old coral' at Eniwetok...", which is so interesting seeing the topic of today's Real Science Radio program!

Today’s Resource: You'll love Bob Enyart’s Age of the Earth Debate (or your money back)! We also suggest the fabulous Carl Werner DVD Living Fossils and his great prequel, Evolution: The Grand Experiment! And you can browse the Science Department in our KGOV Store! Check out also Walt Brown’s In the Beginning and Bob’s interviews with this great scientist in Walt Brown Week!