Real Science Radio host Bob Enyart interviews harpist and creation author Anne Habermehl on the Septuagint, which is a Greek translation of the Hebrew Old Testament, the version of the Scriptures frequently quoted from in the New Testament by Jesus Christ and his apostles. 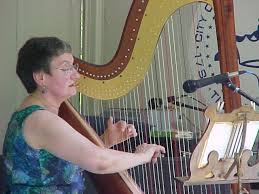 * See Also: Anne Habermehl on H. erectus being an ape.

* Age of the Earth: Instead of using a 6,000-year age for the Earth, RSR has usually said that God created the Earth "less than 10,000 years ago", in part because the Septuagint's ages for the patriarchs calculates closer to a 7,500 year old earth, whereas the Masoretic Text is closer to 6,000 years. Incidentally, Dr. Walt Brown's efforts to scientifically date the global flood yields a date closer to that of the Septuagint. 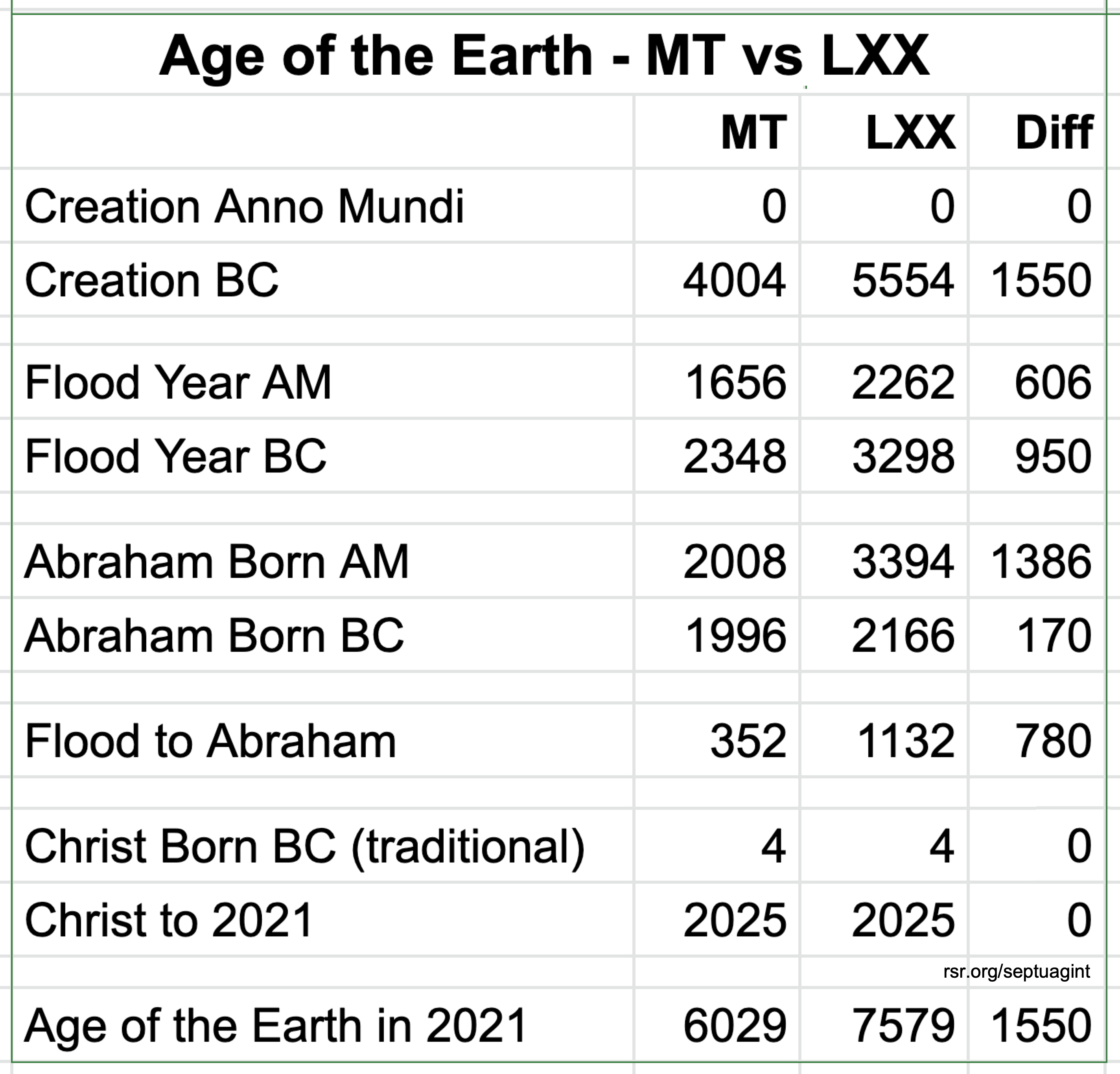 * Septuagint Dating Creationist Disagreement: The ICC published Henry Smith's 2018 Case for the Septuagint’s Chronology in Genesis 5 and 11 and later that year CMI published Lita Sanders' and RSR friend Robert Carter's response, Is the Septuagint a superior text for the Genesis genealogies? To get you started, here is Smith's abstract:

Many biblical scholars who interpret the genealogies of Genesis 5 and 11 as yielding a continuous chronology from Adam to Abraham claim the Hebrew Masoretic Text (MT) preserves the original begetting ages for the patriarchs. The MT’s total for this period is 2008 years. ... Calculations derived from the primary manuscripts of the Greek Septuagint (LXX) yield a chronology of 3394 years for this period, 1386 years greater than the MT. The MT is classically represented by the Ussher chronology, which places creation at 4004 BC and the Flood at 2348 BC. Figures from the LXX place creation at ca. 5554 BC and the Flood at ca. 3298 BC.

* "215 Years in Egypt" says the Septuagint, et al. If you enjoy this program and the following video, then you really might want to mosey on over to rsr.org/exodus!

[Note: As mentioned above, Dr. Brown dates the global flood close to that of the Septuagint, yet he holds to the 430-year sojourn.]

* See Visualy the Genesis Genealogies: about the date of the Flood and the age of the Earth, but then see our own video segment, embedded further below, on the meaning of the Earth being divided in the days of Peleg. 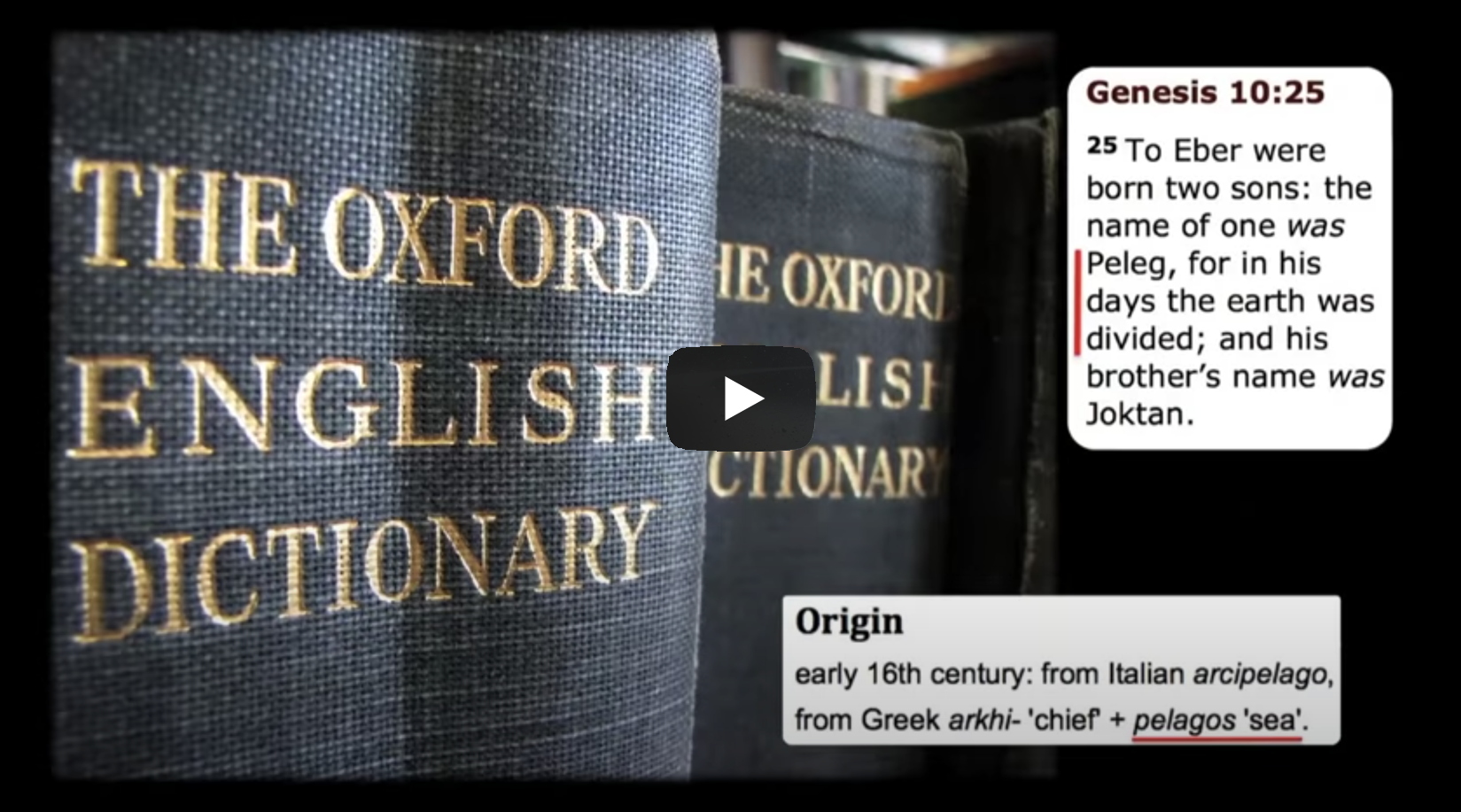 * Septuagint and Rightly Dividing: Bob Enyart's 30 years of broadcast outreach have been based on "rightly dividing" the Word of God. As the Apostle Paul instructs, "Be diligent to present yourself approved to God, a worker who does not need to be ashamed, rightly dividing the word of truth" (2 Tim. 2:15). When Cain's countenance had fallen because his offering was not approved by God, here's how the Brenton Septuagint Translation renders Genesis 4:7:

Hast thou not sinned if thou hast brought it rightly, but not rightly divided?

Significantly, this same "rightly divided" wording appears in what may be the earliest known Christian text outside of the New Testament, The First Epistle of Clement to the Corinthians, written perhaps in 97 A.D. or earlier.

Then he brought all these to Him and cut them in two, down the middle, and placed each piece opposite the other...

And then, manifesting Himself as on Mount Sinai, by fire and smoke, God:

passed between those pieces.

God expected sacrifices that were rightly divided. We are to be living sacrifices who "rightly divide" the Word of Truth, between Israel and the Body, circumcision and uncircumcision, Peter and Paul, law and grace. If you would like to learn more about this, we invite you to check out Bob Enyart's life's work, The Plot, in audio or book form! And by getting this, you'll also help to financially support BEL to help us continue to reach more people!