* SETI's Latest Report: Real Science Radio hosts Bob Enyart and Fred Williams summarize, in about six seconds, the latest big report out of SETI (the Search for Extraterrestrial Intelligence), and in about sixty seconds, they expose the dishonesty of the thousands of atheist scientists who claim that evidence of intelligence can be identified if coming from aliens, but not if coming from a designer.

* Another WWB Discovery: The latest WWB  (Workin' for Walt Brown) discovery comes from core samples extracted from submerged portions of Zealandia, the recently discovered eighth continent larger than the Indian subcontinent. The samples from this mostly submerged  continent include fossils of land animals, corroborating both Dr. Walt Brown's Hydroplate Theory and also Zealandia's discoverers in their estimation that it indeed is a submerged continent. All Scientists Work for Walt Brown. The HPT of the global flood explains why the original crust in the Pacific region subsided (sunk rapidly) into the Earth as the mantle under today's Atlantic region rose up.

* Revolution in Cancer Treatment Proceeds: Bob and Fred report that the FDA approved another immune-system cancer drug. (BEL reported this back when it happened on August 30 but RSR hadn't mentioned it yet.) Novartis' Kymriah treats children and young people with acute leukemia. See more at rsr.org/targeted-antibodies and see there all the cancers already being successfully treated. Evolution has been a science stopper countless times over. Like Richard Dawkins conceitedly saying that the human eye is poorly designed (rsr.org/eye), Darwinists taught that our immune system was just kludged together by random mutations that just by chance improved our survivability. How many patients succumbed to this cruel disease, one wonders, because evolutionary influence inclined most of the scientific community to ignore the early cancer immunology success indicators?

* Help Find RSR's Missing Underwriter: Imagine if you organized a Global Flood Seminar at a coliseum for less than $1 per person for the evening and you filled the place with 20,000 interested people! Would that be worth the investment to you? The equivalent of doing exactly that is possible and here's how you (yes you) can make it happen! 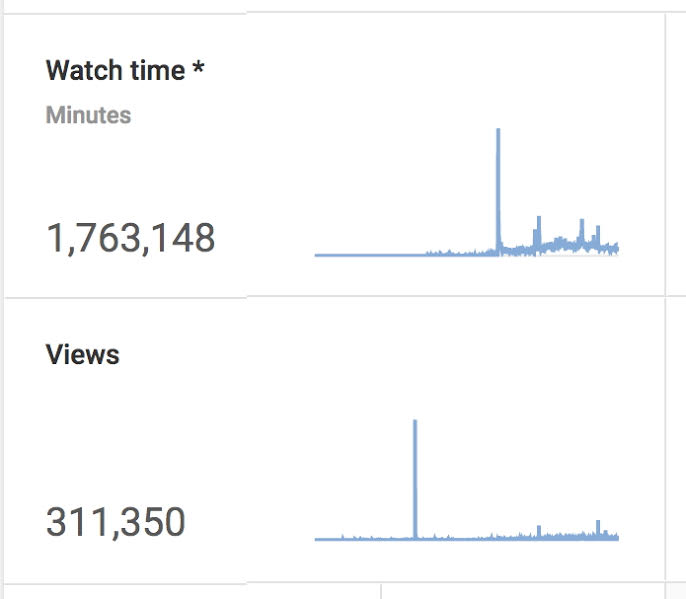 You can underwrite putting Real Science Radio's full Global Flood and Hydroplate Theory video online so that we can bring it to at least another 20,000 people, young and old! Here at RSR we are eager to publish our full flood video on YouTube except that when we do, because it will be freely available to everyone for viewing, we will lose our ability to sell the video. So to do both, to make sure that RSR can financially stay on the air, and to present our full video online for free viewing, we need a $10,000 underwriter to make both of these things possible.

According to Google's Analytics, our BEL/RSR YouTube channel has over 300,000 views during which people have invested 29,000 hours watching and learning from our videos

Currently, our most popular YouTube videos are:
38,900 views: pro-life
35,800 views: evaluating a criminal case
25,500 views: Bob's theology debate with James White (+7k audio version)
21,600 views: Hydroplate Theory (this only shows excerpts; as a reminder, for the full video, here's the cover and contents):

Getting an additional 20,000 interested viewers (as we expect that we will, and more, over time) is many more than would see it as compared to just those who buy it over a five-year period through our radio program and online store. So, timed to put our annual September telethon over the top (we raised $25,300 of our $30,000 goal), we are asking you (yes you!) to consider becoming an underwriter. $10,000 can subsidize the publication of RSR's full flood video online. (And yes, we could add an underwriters credit or a thank you to the YouTube posting.) If you are interested, please call 1-800-8Enyart (836-9278), email Bob@rsr.org, PayPal the funds to SecurePayment@kgov.com, or send a check payable to BEL, PO Box 583, Arvada, CO 80001. (And here are those excerpts, but if you watch this, please don't get so interested that you forget to consider becoming our underwriter! :)

Thank you so much for your consideration! -Bob Enyart