Prepare for War with North Korea

Bob Enyart first makes a quick mention of a fake quote (see below) that never came from Joel Osteen. The program then discussed the morality of a preemptive strike on North Korea, including to liberate its 25 million unjustly imprisoned citizens.

2018 Update: Not that Henry Kissinger's opinion is unassailable, of course, but testifying on January 25, 2018 to members of the Senate Armed Services Committee, he said, with added qualifiers, "the temptation to deal with [North Korea] with a pre-emptive attack is strong and the argument is rational". 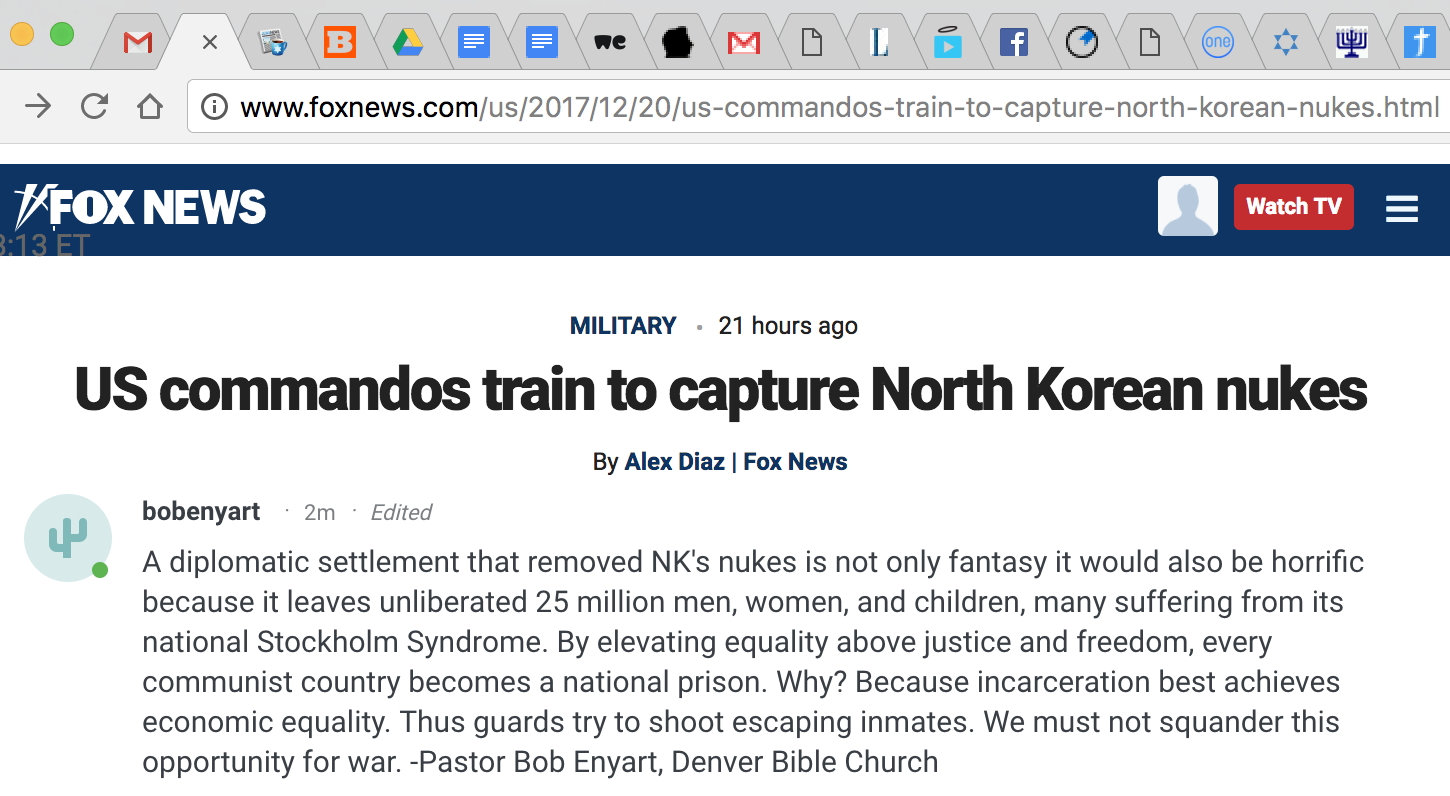 Bob's Email to a WSJ Reporter:  Hello Mr. Lubold, thx for the Dunford piece; Question about the North Korean population...

Mr. Lubold, hello from Denver's 50k-watt AM 670 KLTT. Regarding possible military action against North Korea, an argument on the Go side of war against Kim Jong-un is the liberation of 25 million men, women, and children unjustly incarcerated in that nation cage without the ability to exercise some of the most basic human rights. Yes, many North Koreans suffer Stockholm Syndrome and will defend their captors. But every argument against military action should admit the Con of leaving those 25 million in bondage. Aside from not wanting to irritate China's leaders (who are content to see their neighbors in captivity), do you think there are other reasons why the debate in the media widely ignores the basic humanity of the North Korean people themselves?