Quantum Pt. 4: Lord-willing, next week
Bob and Fred will complete their series
on quantum mechanics. 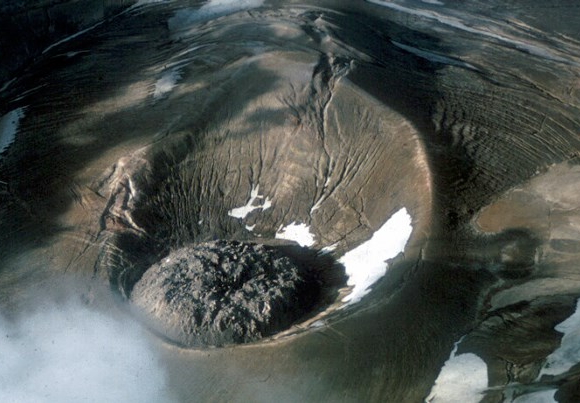 The new director of the Mount St. Helens Creation Center and long-time RSR friend, Pat Roy, introduces the creation movement to another powerful rebuttal to old earth arguments. It's called Novarupta, the almost unknown but most powerful volcanic eruption of the 20th century which occurred over a century ago in southern Alaska. Our audience knows Pat from our interviews with him including as the creator of the famed Jonathan Park adventure series and from his Faith on the Edge documentary refuting the Flat Earth syndrome. The people of Juneau on June 6, 1912 from 750 miles away actually heard Novarupta and after falling for three days, ash a foot thick covered the town of Kodiak and collapsed a number of their buildings. Novarupta seven cubic miles of debris, 30 times more than did Mount St. Helens in 1980 and three times more than Pinatubo in 1991. Pat explains the research done, then and now, and parallels Novarupta with the old-earth shattering effects of Mount St. Helens. We have more on this on our classic List of Not So Old Things and on our MSH page!

* Post-show Note on Tucker Goin' Nuts: Tonight, Tucker Carlson on the Fox News Channel is drinking his own cool-aid. About the only thing left for him to do is announce that he himself has been abducted. For the antidote to the claim of alien UFOs see rsr.org/UFOs! 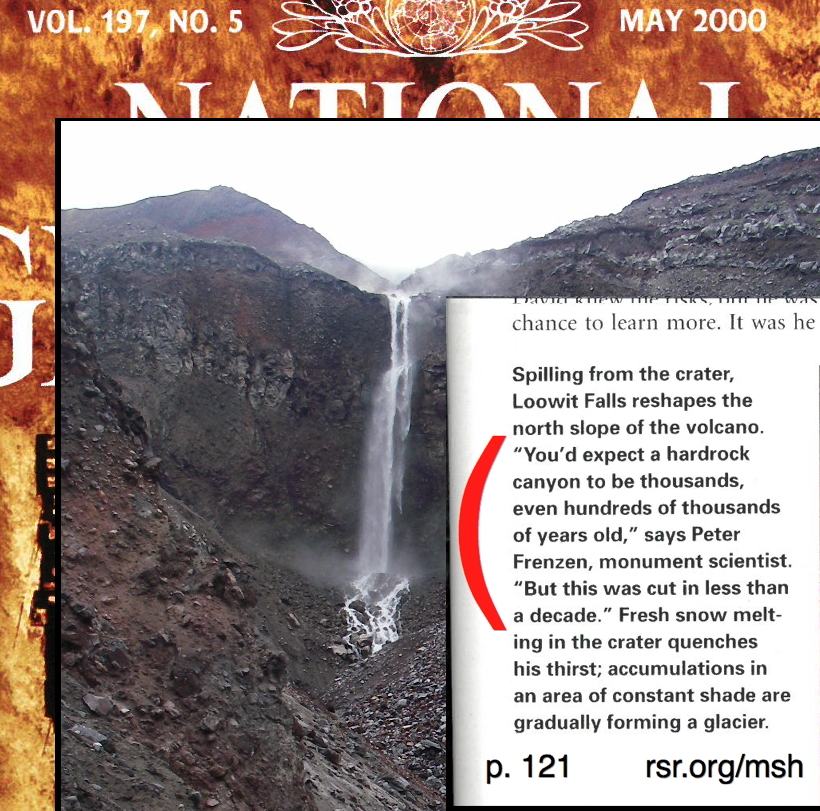 * Geologist Dr. Steven Austin on RSR: On this special edition of Real Science Radio, Bob Enyart interviews the senior research scientist from the Institute for Creation Research, Dr. Steven Austin, about his groundbreaking research at Mt. St. Helens, research which forced the hand of the National Park Service to remove their infamous sign about the petrified trees at Yellowstone, and which formed an important part of the pressure forcing geologists to incorporate catastrophism back into their understanding of Earth's past. (See the brief petrified tree video just below.) In the 1990s, Dr. Austin produced the extraordinary video, Mount St. Helens: Explosive Evidence for Catastrophe.

* NG Quotes Scientist on Expectations vs Actuality: The May 2000 issue of National Geographic quotes the U.S. Forest Service's scientist at Mount St. Helens, Peter Frenzen, describing the canyon on the north side of the volcano. "You'd expect a hardrock canyon to be thousands, even hundreds of thousands of years old. But this was cut in less than a decade." As for the volcano itself, while the kneejerk reaction of old-earthers is to claim that most geologic features are hundreds of thousands or millions of years old (see rsr.org/not-so-old-things), this atheistic magazine acknowledges the evidence, that Mount St. Helens, that is, the volcano itself, is only about 4,000 years old! See below.

Today's Resource: Have you browsed through our Science Department in the KGOV Store? 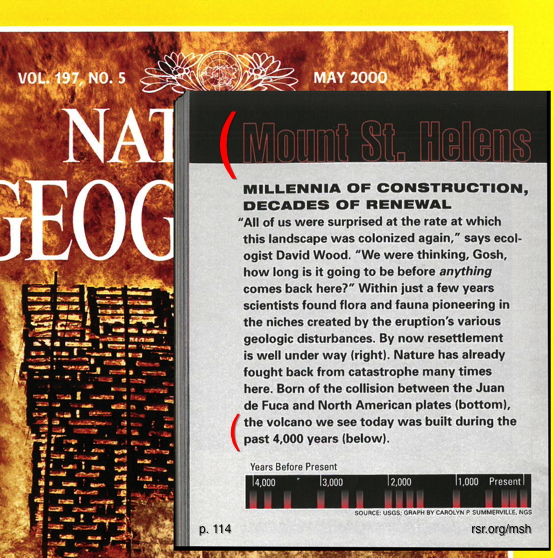 * Mount St. Helens Only 4000 Years Old: The May 2000 issue of National Geographic says about Mount St. Helens, "the volcano we see today was built during the past 4,000 years." Of course the editors of National Geographic believe that the Earth is billions of years old, and that every part of its surface, including under this volcano, has experienced tectonic activity for all that time. Nonetheless, it is interesting to note, and it fits in with the pattern of evidence over at RSR's List of Not So Old Things, that the evidence indicates that one of the largest active volcanos in the U.S. was formed in only about 4,000 years. Because old-earthers reflexively claim that most geologic features are hundreds of thousands or millions of years old, it is refreshing to see National Geographic acknowledge Mount St. Helen's youth, so bluntly.