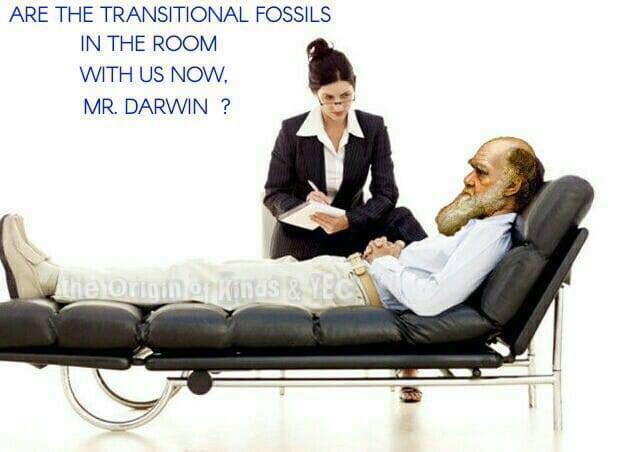 Real Science Radio hosts Bob Enyart and Fred Williams take a survey of one of the most reliable kinds of testimony available in the history of mankind, that is, the contrary to interest testimony of hostile witnesses. Leading evolutionists for 150 years have admitted that the transitional fossils that should exist, if Darwinism were true, are missing. Evolution fails the fossil test. The guys also have a fun time talking about quote mining and the virtually complete nature of the fossil record.

* Darwinism Fails the Fossil Test: Fun! Yes, Darwinism fails the Transitional Fossils test, as evidenced in the quote below and, as of April 25, 2014, on Real Science Radio at rsr.org/missing-transitional-fossils! (See also more rsr.org/list-shows.)

* 2019 Update: Whales are claimed to present the "best" transitional fossil evidence. Well, check this out: rsr.org/whales.

* 2018 Update from Genetics: As reported in phys.org and from Rutgers, the University of Basel, and the journal Human Evolution: Far from special: Humanity's tiny DNA differences are 'average' in animal kingdom! "Genetically, 'the world is not a blurry place.' It is hard to find 'intermediates' -- the evolutionary stepping stones between species. ... The research is a new way to show that species are 'islands in sequence space.' Each species has its own narrow, very specific consensus sequence..." Of course the "far from special" is a safe-space chant of evolutionists but in this case, it backfires, because what is not unique among biological kinds is that we were all specially created in the recent past, as young-earth creationists have always maintained. 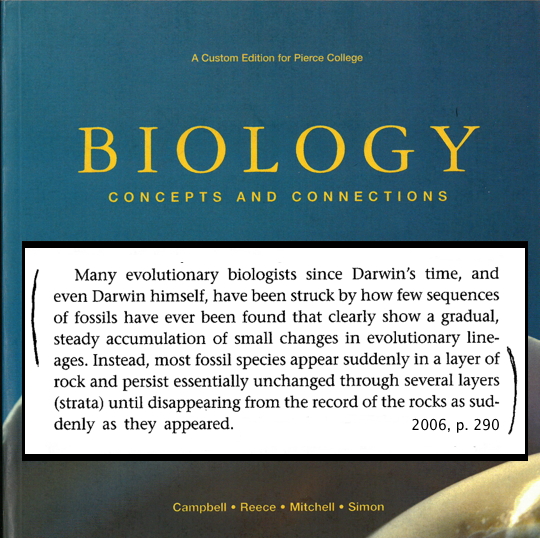 * The Essentially Complete Fossil Record: As our friend Walter ReMine points out, when paleontologists dig up a new fossil, or a thousand of them, they typically fit nicely into the existing and very well established framework of kinds of organisms (phylum, class, order, family, etc). Because this has been the rule for decades now, during which time millions of fossils have been dug up, this is powerful evidence that mankind possesses an essentially complete fossil record.

* Darwinists Aren’t Looking So Hard Anymore: Because the fossil record is essentially complete, evolutionists are not looking so hard anymore for all those breakthrough transitional “missing links” that had once been the great hope of the Darwinist. Researchers have catalogued the great extent of the length and breadth and depth of the entire fossil domain. (One of our confirmed creation science predictions was that Antarctica’s sealed-off Lake Vostok would not reveal 15 million years worth of evolution.)  When we’re searching for fossils, we’re not looking into infinity. There are only so many kinds of organisms that have lived on earth, and so, there is a finite number of fossils that are discoverable. However, let a Darwinist's imagination loose, and there’s a virtually infinite number make-believe creatures that he can invent.

* Single-Celled But No Two-Celled Life? From Walt Brown, "No fully developed form of life has 2, 3, 4, or 5 cells.a Forms of life with 6–20 cells are parasites, so they must have a complex animal as a host to provide such functions as respiration and digestion. If macro-evolution happened, one should find many fully developed forms of animal life with 2–20 cells—filling the gap between one-celled and many-celled organisms." more 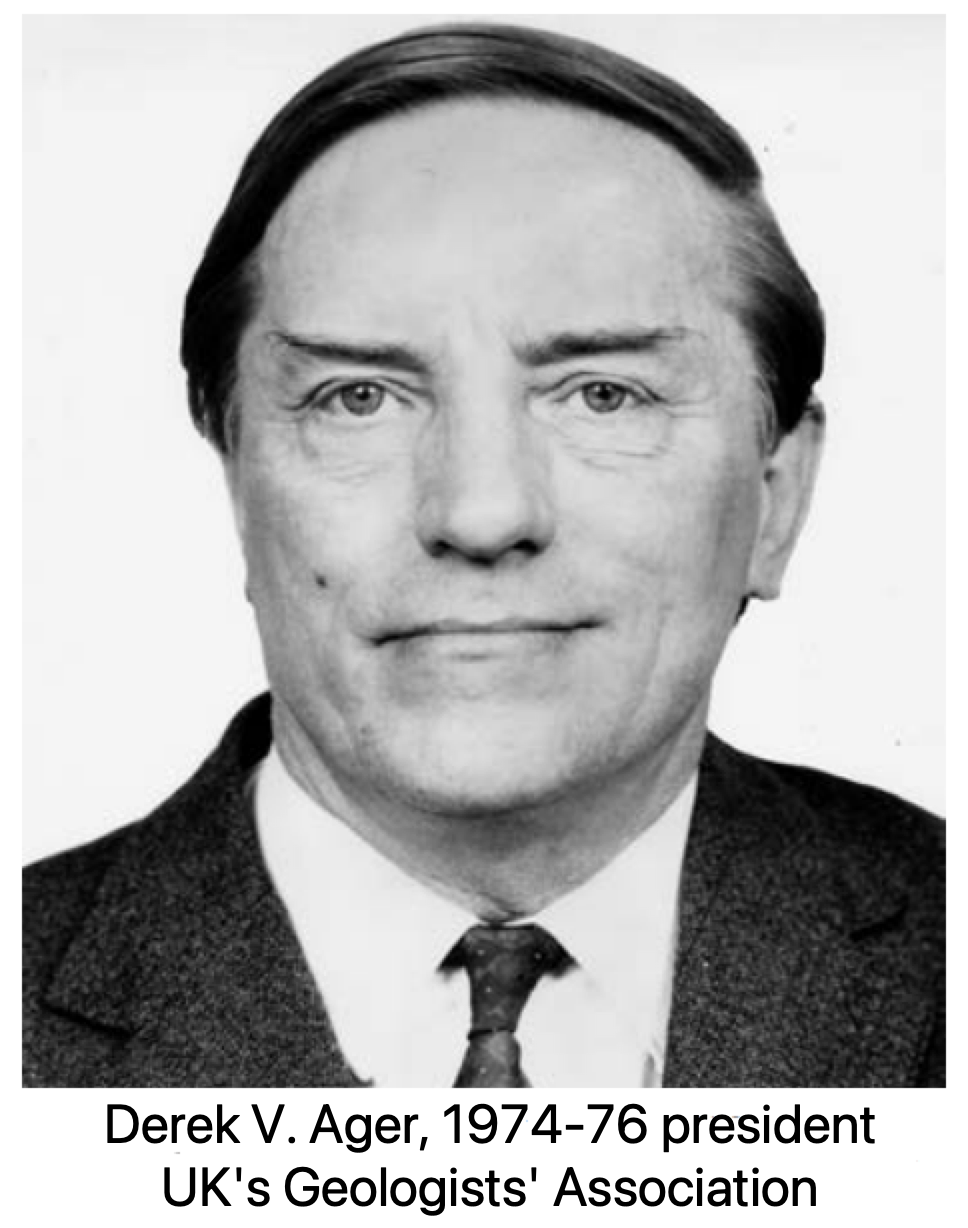 * Brachiopoda Missing from the Presidential Address: On March 5, 1976, Derek V. Ager delivered the British Geologists' Association Presidential Address, published as The nature of the fossil record in the Proceedings of the Geologists' Association, Vol. 82(2). This avowed evolutionist nonetheless lamented
- the missing transitional fossils for Brachiopoda
- so much evolutionary evidence later "debunked"
and then
- declared himself an independent discoverer of Gould's puntuated equilibrium and again
- classified himself as a "neocatastrophist" who saw the fossil record as "like the life of a soldier [which] consists of long periods of boredom and short periods of terror".

Ager stated, "It must be significant that nearly all the evolutionary stories I learned as a student, from Trueman's Ostrea/Gryphaea to Carruthers' Zaphrentis delanouei, have now been 'debunked'. [For one example, see flat and coiled oysters.] Similarly, my own experience of more than twenty years looking for evolutionary lineages among the Mesozoic Brachiopoda has proved them equally elusive."