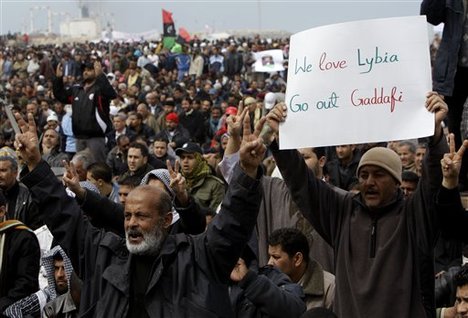 Sequel: Part of today's program is a continuation of yesterday's kgov.com/just-war-theory discussion.

* Libyan War Just Unwise: Bob Enyart and former marine Doug McBurney discuss Barack Obama's use of America's military to support the Libyan Tea Party with its government protesters who cling to their guns and religion. Not only are the rebels shouting the iconic terrorist phrase Allah Akbar, but the rebel commander himself, Mr. al-Hasidi, has admitted that he had fought in Afghanistan against "the foreign invasion" (that is, US, and meaning that he fought on the side of the Taliban and al-Qaeda). Al-Hasidi said he was "captured in 2002 in Peshwar [read terror capitol of Pakistan]," after which he was handed over to the US, and then held in Libya before being released six years later. Now, US and British government sources say al-Hasidi has been a member of the Libyan Islamic Fighting Group, which the UN has publicly linked to the Taliban. Of the al-Qaeda fighters that al-Hasidi has recruited, he told the Italian newspaper Il Sole 24 Ore that, "members of al-Qaeda are also good Muslims and are fighting against the invader!" So, Obama fights against America's Tea Party buy has joined in the Jihad of the Libyan Tea Party whose members not only protest their government but SERIOUSLY cling to the religion and guns. Seriously. 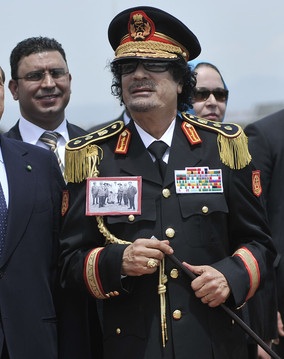 * Attack on Gaddafi Justified though Unwise: Bob and Doug talk about the military action begun in Libya and about the principles that we should apply to determine whether or not any war is just or unjust. In today's show Bob and Doug covered three camps that have an unprincipled knee-jerk reaction against many military actions: the constitutional camp, the cliché camp, and the conservative camp.

* From the Lord: "What king, going to make war against another king, does not sit down first and consider whether he is able with ten thousand to meet him who comes against him with twenty thousand? Or else, while the other is still a great way off, he sends a delegation and asks conditions of peace." -Jesus, Luke 14:31-32

* Lessons from Elizabeth Taylor: This world is not our home. We only have a temporary sojourn here, and then we all go to our eternal abode. Now that ET's gone home, what can we learn from her life? Aside from the question of whether or not she was the actual reincarnation of the non-existent Isis, the twenty or so marriages between the Gabor sisters and Elizabeth Taylor show us that a marriage is not just a piece of paper but, even if it ends in divorce, it makes an eternal difference. Related: According to The New York Times, a homosexual bar in West Hollywood was such a favorite hangout of Taylor's that they have an "Elizabeth Taylor Room" there, at the Abbey. And as to the government's proper role in certifying marriage, please see Bob Enyart's new article, The Biblical Role of Government in Marriage