An Animator's Perspective on the Global Flood 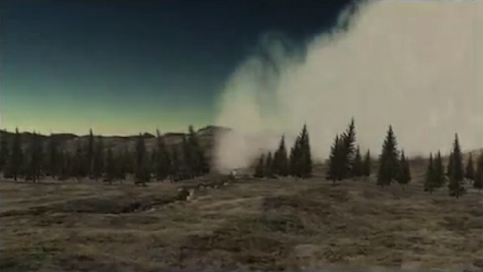 * See Eric Donovan's Animations: Check out Eric's highlight reel with clips from his industrial, government, hydroplate, and Noah's Ark, animation projects. See also this Dropbox link to seven minutes of video that contains some of Eric's HPT animation and the older animation that Walt Brown has atop his homepage, at YouTube. 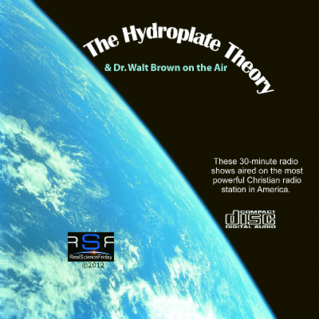 * RSR Developing New Hydroplate Theory Animations: Bob Enyart is working to produce animations of the global flood through the biblical and scientific insights of Dr. Walt Brown. As of January 1, 2017, we have raised enough funds to begin this project. Would you like to be a part of this wonderfully rewarding program? Through the tried and true method of state-of-the-art animation, we will both entertain and educate people so that more families will learn to trust God's Word, including its historically accurate account of Earth's tumultuous past. Whether you are a graphic artist, an animator, or if you would like to find out what is involved in funding a specific aspect of the Hydroplate Theory, we would be honored to hear from you! Please email Bob@RealScienceRadio.com or just call us at 1-800-8Enyart and Bob will return your call. to participate.

* Animation Helps Confirm Hydroplate Model: The Hydroplate Theory that Donovan has investigated addresses many observations from the physical sciences, including explaining:

- that the continents do not fit together well against each other, as presented in the Pangaea hypothesis, unless you shrink Africa by 30%, and make other dramatic manipulations.
- that the jigsaw shape of the continents does fit well against the Mid-Atlantic Ridge.
- what formed the 46,000-mile long Mid-oceanic Ridge.
- that the Atlantic Ocean is relatively shallow, whereas the Pacific is relatively deep.
- what formed the deep Pacific trenches including the 36-thousand foot-deep Marianas Trench.
- that the fountains of the great deep launched the solar system's asteroids and comets.
- that Mars is not the source of Antarctica meteorites, but they were launched from Earth.
- that the debris launched from the Earth beat up the moon, which helps to explain why the near-side has suffered much greater impactors.
- that NASA discovered the earth-like composition of comets, fulfilling Dr. Walt Brown's published prediction that they would find minerals common from Earth, as they indeed found minerals in the olivine family.

* UPDATE on NPR Program's Lawsuit Against Bob Enyart and KGOV's Science Program: As reported by the NY Post in their article, Science radio showdown, and with more detail by the Denver Post, National Public Radio host Ira Flatow of their Science Friday program filed suit in the State of New York against Bob Enyart over the name of our weekly program, Real Science Friday. This week our attorney filed papers in a Manhattan court and successfully moved the case out of state court and into federal court, which is a more natural venue for our free speech defense. We'll keep you informed! And meanwhile, check out, from a well-known evolutionist, Jerry Coyne's scientific criticism of RSR (and our rebuttal). University of Chicago Professor Coyne's scientific allegation against RSR has already been refuted, not by research done here at Real Science Radio, but by published work from cutting-edge evolutionary geneticists at some of the world's leading institutions. Jan. 2013 Update: The Denver Post reports that the NPR radio program settled its lawsuit with Bob Enyart's Real Science Radio program.

* Today's Lesson in the Two-Step:
First Step: Bob says on the show that the secular geologists are increasingly disagreeing with the accepted dogma that the Colorado River carved out the Grand Canyon.
Second Step: A local attorney emails to Bob a link to the Washington Post story about evolutionary geologists who are rejecting the claim that the Colorado River formed the Grand Canyon.

Today's Resource: You can enjoy the 6-disc standard audio CD set The Hydroplate Theory & Dr. Walt Brown on the Air or get the entire set on a single MP3 CD. Bob Enyart also highly recommends Dr. Walt Brown's fabulous book, In the Beginning! Order by clicking the link, or calling us at 800-8Enyart (800 836-9278)!