* Mold Finds Most Efficient Route: On the slimiest Real Science Radio program in years, hosts Bob Enyart and Fred Williams celebrate the Creator's brilliant design of slime mold, which grows by forming amazingly efficient pathways to nutrients. Peer-reviewed papers suggest that engineers use such mold in their initial designs communication and transportation networks. Don DeYoung wrote a great article, Slime Mold -- Mindless Map- makers in the Spring 2013 Answers magazine from AiG! (Along with the mold, today somehow ants and bees made their way into the studio :)

* Ants Find Quickest Route: It turns out that Ants use math to find the fastest route. To save a distressed swimmer, from his chair a lifeguard does not want the least distance route but the fastest route, for running around a swimming pool or down the beach aways typically results in a faster time to the target than would swimming the whole way. This is Fermat's princple. LiveScience reports on a paper in the journal PLoS One which reveals that ants efficiently meet the goals of Fermat's principle. 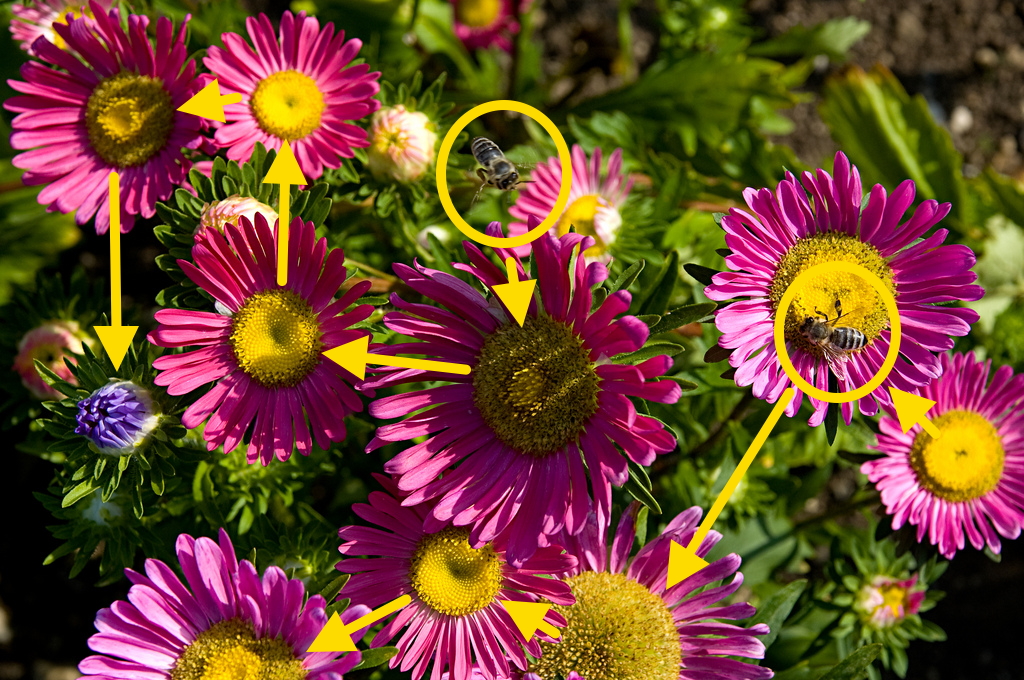 * Bees Find Least Distance Route: Remember that bees can think faster than a super computer! The guys recall that, as they reminisce about their RSR fast-thinkin' bee program. Honey bees solve the Least-Distance "traveling salesman problem" far faster than supercomputers can, by effortlessly determining the least distance to travel while stopping at hundreds of flowers. From Don Johnson's Programming of Life, "If the solution for 10 cities takes 10 seconds, a solution for 11 cities would take 110 seconds... 15 cities would take over 1000 hours, and a 20-city solution would take 2,124 centuries..." Interestingly, bees would not have had to evolve this amazing ability to survive.

* Stunned by Dung Beetle: God endowed the lowly dung beetle with an astounding ability. Like ship captains on the high seas, this insect navigates using the stars, specifically, by the Milky Way! Hear what happens when curious researchers put dung beetles in a planetarium and speed up the rotation of the night sky! (2017 update: National Geographic reports that beetles can also navigate by polarized light from the sky a million times dimmer than the moon.)

* Ant, Bee May Bury Darwin: In theory, Darwinism accounts for the origin of traits that meet survival needs which present themselves frequently enough and long enough to give the species time for the slow process of evolution to operate. Everywhere in the kingdoms of life then, abilities to survive rare and extreme conditions should not exist. Yet they do. In theory, Darwinism accounts for the origin of traits that meet the demands of survival. Yet everywhere in the kingdoms of life we find abilities in organisms that vastly exceed their survival needs. Dung beetles find their treasure by following the odor; so using that relatively low-tech method which they already possessed, smell, they could thereby navigate in reverse away from the dung pile; God, on the other hand, for His own enjoyment and to make known His glory, endows the lowly beetle with the ability to navigate by the stars. People, likewise, seem to have enormous unused potential and capacity in the human brain. Darwin is buried by countless failures, including by life's abilities that vastly exceed typical survival needs. Darwinism is forever squeezed, operating too slowly to observe, but too quickly to see in the fossils (e.g., the Cambrian explosion, hominids, whales). The squeeze here is that Darwinism, which all admit is not goal driven, cannot rush adaptations to meet the demands of environments that by definition are deadly to organisms not prepared for their extremes.

* Ants vs. Bees: Ants don't solve the least distance problem, because for them, the least distance would often mean a longer trip timewise. Bees on the other hand normally don't have to apply Fermat's principle, because they fly through the air, so for them the least distance is typically the the quickest route. RSR would not be surprised, however, to find out that God enabled bees to apply Fermat's princple where micro-weather patterns call for that ability! In passing, we remember fondly the RSR show during which the monarch butterflies killed atheism, at least the atheism for those who want to know the truth, as these tiny creatures survive liquifying themselves, and demonstrate their navigational prowess, flying from as far away as the state of Maine to arrive at a particular neighborhood in a forest in Mexico!

* Ants & Ionosphere Able to Predict Earthquakes: Nobody wants to be buried alive, not even ants! Three years of videotaping ant colonies in Germany led to the conclusion that ants can help predict earthquakes! A day before an earthquake, ants evacuate their colony, and they don't reoccupy it until 24 hours after the quake ends! While scientists currently are unsure of how the ants can detect the impending earthquake, one of their ideas fits like a glove with Dr. Walt Brown's Origin of Earth's Radioactivity theory! Researchers suggest that perhaps the ants living near an epicenter sense a pre-quake fluctuation in the earth's electricmagnetic field, which as it turns out is another, and possibly related, ionophere fluctuation earthquake predictor being actively researched.

* Another RSR Prediction: Governments will significantly reduce the budgets for fundamental scientific research over the next twenty years, primarily for political and not economic considerations. As an expression of their desire to take the place of God, democratic and socialistic governments have heaped lavish grants on scientists hoping to reinforce their materialistic worldview. Now, with the growth and momentum of the creation science movement, as it becomes increasingly obvious that the major discoveries baffled the naturalists and are cheered by creationists, government bureaucracies will lose their motivation for scientific exploration. For while it backfired, much of the discovery of the last century resulting from funding designed to promote an effectively godless understanding of the creation. What men meant for evil, God used for good! See also the many other Real Science Radio Predictions!

Today’s Resources: Have you browsed through the Science Department in our KGOV Store? You’ll love the superb kids radio programming, Jonathan Park: The Adventure Begins! Also, you can order any of our BEL and 3rd-party resources, just call us at 1-800-8Enyart.