Which technologies needed Darwin or an old earth?

* Wild Claim #1: Flood Geology began with Ellen White (1827 – 1915) and the Seventh Day Adventists. Somehow the authors missed the entire history of geology including the previous centuries of writings by leading geologists, quotes from early church fathers, and the history of the world's oldest national scientific organization, the Geological Society of London. Terry Mortenson, with a PhD in the history of geology from Coventry University in England, has an excellent article Where Did the Idea of "Millions of Years" Come From? that reports on the young-earth flood geology view that prevailed before Charles Lyell. An article on the Geological Society's website, God and the Geologists, doesn't mention Ellen White but does state that a book, Geology and Religion, published to coincide with the Society's 200th anniversary, summarizes the modern history of geology saying that: "A prominent topic is that of ‘Flood Geology’. Originating alongside geology itself in the 18th Century, the theory held that the current geological features of the Earth have resulted from a global flood, as described in the Genesis account of Noah’s Ark. The theory was a popular one for centuries... Now, however, flood geology is undergoing resurgence as part of the increasingly prevalent creationist movement."

* Wild Claim #2: Whorton and Roberts write of technology that young earth creation, "requires one to regard virtually all of modern science as fundamentally mistaken... about most of the... principles that have made modern technologies possible." The authors have this claim in common with evolutionists Dobzhansky and Alate_One from TheologyOnLine.com. Theodosius Dobzhansky (see Enyart's peer-reviewed paper on his failed predictions) claimed that "Nothing in biology makes sense except in the light of evolution." And TOL's Alate_One claimed on the Bob Enyart Live forum that, "Mainstream science is the only science that actually works." So Real Science Radio has a question for A_O, Whorton and Roberts...

* Which Inventions Were Enabled By Darwinism or the Big Bang? In this following list of major inventions and technologies since 1860, please identify which ones were enabled by Darwinian insight or belief in an old earth? Countless technologies and inventions were enabled directly by the discoveries of Kepler, Galileo, Newton, Mendel, Bacon, Pascal, Dalton, Faraday, Joule, Kelvin, Lister, the Wright Brothers, and Carver. But they're all on our side and on our List of the Creationist Fathers of the Physical Sciences. But, which of these did they need Darwinism, or even the big bang theory, to develop?

* Fred Williams Challenge to Whorton, Roberts and Alate_One: Identify any technology or invention for which a belief in an old earth or Darwinism is an enabling prerequisite. [Related: Sometimes inventors and discoverers have been denied recognition for their extraordinary contributions to the welfare of mankind (as with the invention of the MRI and the discovery of insulin), apparently because of their strong anti-Darwinian viewpoints.

* Alate_One Update: A_O responded to both of the above questions here on TOL, and Bob replied to her here and to A_O and to Gordon J. Glover here. 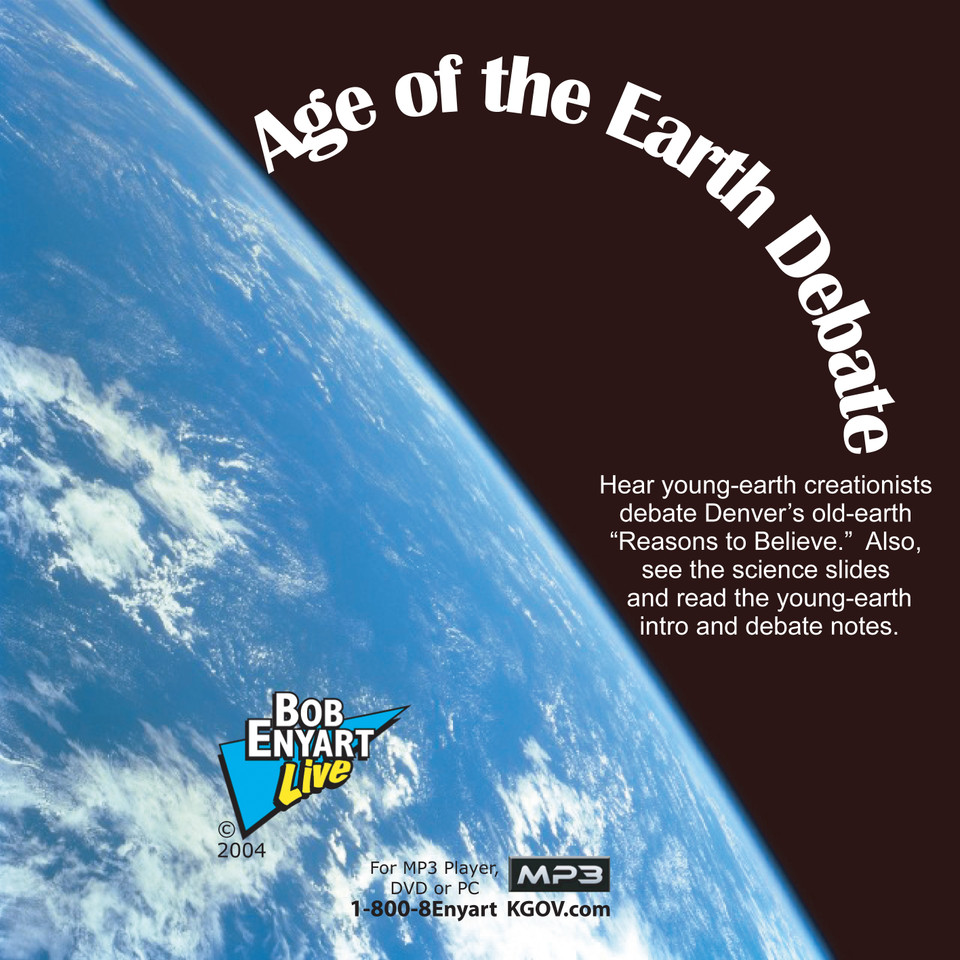 * Special Thanks to Stanley V. Udd: Stanley highlighted these two claims in his review of the Holman Guide to Understanding Creation published in the Winter 2011 Creation Research Society Quarterly. Thank you sir!

Today’s Resource: You'll just love the science DVDs, books, and written, audio and video debates offered by Real Science Radio! So we invite you to browse our Science Department at kgov.com/store. Check out there the DVD What You Aren't Being Told About Astronomy and see Walt Brown’s great hardcover book, In the Beginning. And to order any of our BEL science products by phone, just call us at 1-800-8Enyart (836-9278).