How Do Strata Form? Berthault's Geology Guy on RSR

* Geology Guy on Strata Deposition: RSR host Bob Enyart interviews Ian, a research assistant to Guy Berthault, one of the daring scientists who do actual research on how sediments are deposited, rather than just accepting the now falsified story about superposition as told by Nicolas Steno.

* However, It Was Liquefaction That Formed the Continent-wide Flat-Gap Strata! [2018 Program Note: Beginning at 28 minutes into RSR's Initial Conditions program on the Grand Canyon, Bob and Bryan Nickel describe how the amazingly flat gaps of the paraconformities (parallel strata) of the canyon formed.] While Berthault's documentation of the amazing sorting ability of flowing water explains some of the world's stratification, there simply isn't enough energy available for flowing water to explain sorted strata that is thousands of feet deep across vast regions. Much of the world's continental surface is covered with beautifully uniform and "flat-gap" boundaries (as though formed by a putty knife) between sediments over hundreds of thousands of square miles around the globe. To a significant degree, these flat boundaries between strata are the result of liquefaction sorting after burial of minerals (along with animal fossils and vegetation in coal seams, etc.). Thus liquefaction helps to explain both the geologic column and the formation of highly purified (limestone, diatomaceous, etc.) deposits, through its potential for even virtually continent-wide sorting of minerals into differentiated layers. See rsr.org/liquefaction!

* Enyart answers a Quora Sediments Question: You can link to this section using rsr.org/volume-of-sediments-on-earth. Bob Enyart noticed that it's tough to find estimates in the literature that will answer the question posed at quora.com, How much sedimentary rock covers the Earth? So Bob provided there the following toward an initial estimate at the answer:

Update/Related Information:
"Mudstones and shales are abundant in sedimentary successions, making up roughly 50 percent of all the sedimentary rocks in the geologic record." Boggs, Principles of Sedimentology, 5th Ed., 2012, p. 118
From Wikipedia's Clay article: "Clay is a very common substance. Shale, formed largely from clay, is the most common sedimentary rock." References Boggs, 2006, 4th Edition.
"Origin and Occurrence of Mudstones and Shales: ... The fine-grained siliciclastic products of weathering greatly exeed coarser particles; thus, fine sediment is abundant in many sedimentary systems. Because fine sediment is so abundant... mudstondes and shales are by far the most abundant type of sedimentary rock. They make up roughly 50 percent of the total sedimentary rock record. ... Nearly pure shale units hundreds of meters thick also occur." Boggs, Principles, 2012, p. 122

BTW, at Glacier National Park, the shale deposits there are much thicker. After taking a Geological Society of America's 2016 Glacier Nat'l Park field trip with a dozen geologists, I wrote at the time that according to our guide, a local professional geologist and long-time park expert, one deposit there is of 30,000 foot thick thin-layered rippled slate. And this geologist would only quantify the massive mud deposits there as "off the scale".

Boggs p. 122 continues, "A few shales (and mudstones)... are particularly well known owing to their thickness [though no range is given], widespread areal extent... include... the Devonian-Mississippian Chattanooga Shale and equivalent formations that cover much of North America and whose widespread extent is still poorly explained..."

Today's Resource: Did you know that Real Science Radio debated scientists representing the Denver Chapter of Reasons to Believe, the old-earth group run by Hugh Ross. We highly recommend and think you'll enjoy this Age of the Earth Debate! The four participants were: 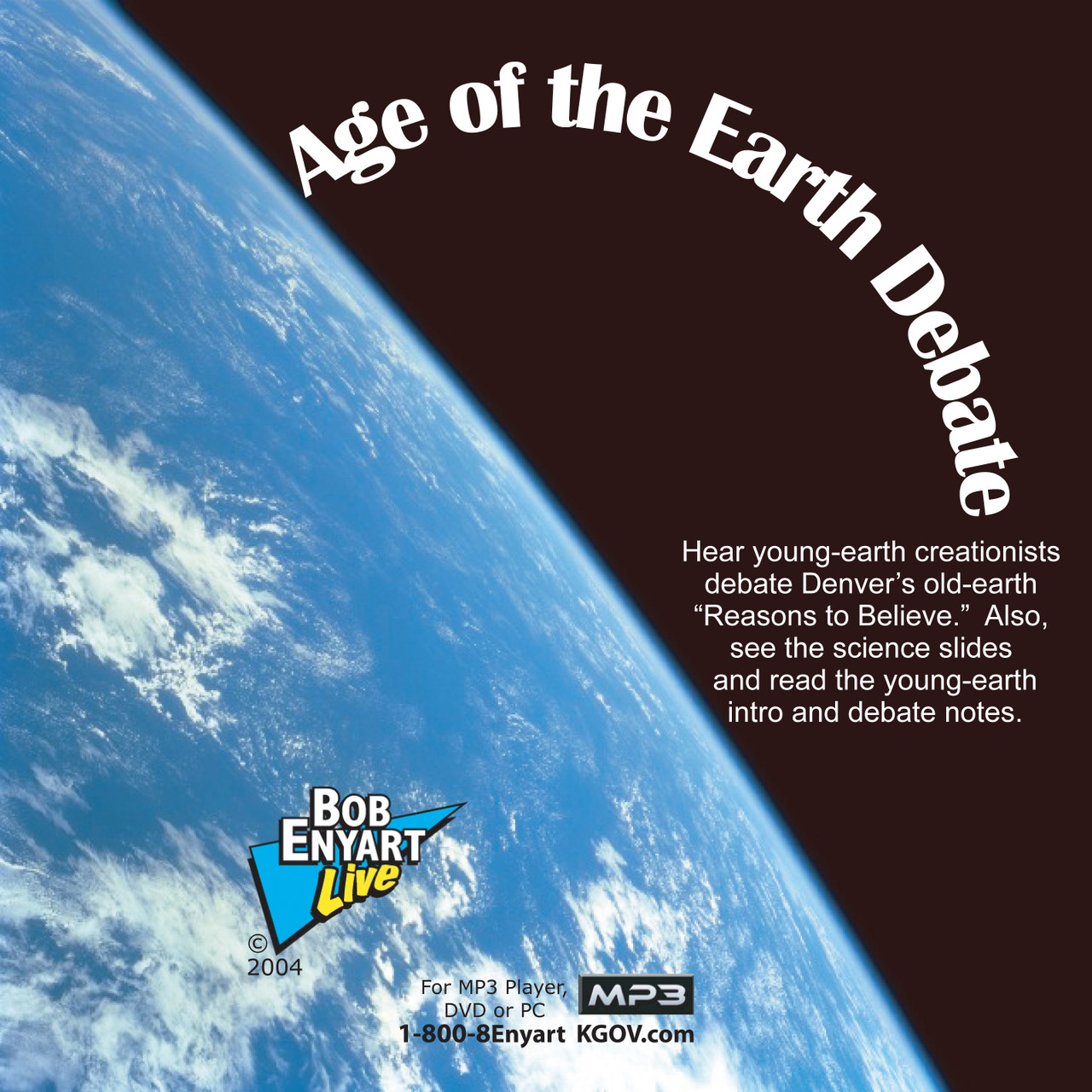 An atheist physicist named "The Phy" at TheologyOnline.com traveled from Seattle to Denver for this debate and afterward wrote that even though he utterly disagreed with them, the young-earthers won the debate. That night after the event, John Nicholl asked Enyart, "If the earth really were young, and had recently experienced a global flood, that would mean that geologists should give governments greater warnings about earthquake risks. So do you think we should do that?" Bob answered, "Yes, governments should be warned of earthquake risks greater than that predicted by old-earth assumptions." Since that debate there has been 462,000 earthquake deaths.

Since 9-11, when the terrible casualty count was about 3,000 dead from terrorism, governments have spent more than a trillion dollars attempting to minimize the risk of further such deaths. In contrast, the quake deaths in the few years since our debate stand at 637,000, dead, from earthquakes. (The 462,000 through 2009 plus the estimated 150,000 in the Port-au-Prince area and 25,000 Japanese casualties). That's nearly 100,000 deaths per year. (For more information, listen to the RSR Earthquake Warning Policy program at KGOV.com/earthquakes.)

See Also: Regarding this topic as a falsification of long ages, see also creation.com/flat-gaps and rsr.org/ps!