There's "Nothing" Like a Walk in the Park (This program is part of our rsr.org/hpt#metaseries.)

* Difficulty with Global Overthrusts: See maps and cross-sections below, along with much information on Montana's Lewis and many other overthrusts. Mainstream geologists have difficulty explaining overthrusts. A senior geologist at the Norwegian Petroleum Directorate, Fridtjof Riis, also a recipient of the Geological Survey of Norway’s the Brøgger Prize, writes candidly:

A thrust nappe consists of rocks that have been pushed several kilometers. The lower boundary of a thrust nappe is defined by a thrust fault. ... A typical thrust nappe rests more or less horizontally on top of a younger sequence of strata. ... What kind of forces were able to push large mountain masses more than a hundred kilometers on top of younger layers? ... Two mountains stand out as the  Scandinavian reference sites of thrust nappes where older types of bedrock lie on top of Cambro-Silurian sedimentary rocks. ...the thrust nappes on the Norwegian side must have been transported at least 100 kilometers relative to the Swedish Cambro-Silurian sequence. ...to many people it seemed physically impossible that such large distance thrust faulting could have taken place.

Physically impossible, yes, in a uniformitarian framework, but very understandable, similar to what happened at Glacier, and even the Great Unconformity, as we explain over at rsr.org/origin-of-the-grand-canyon. (Thank you Jay Hall for finding this quote.)

* RSR's Global Flood and Hydroplate Theory Video: Also available on DVD, Blu-ray, and download. We hope you enjoy this:

* Walt Brown's HPT and his Sidebar on Overthrusts: If you're interested, check out Real Science Radio's main Hydroplate Theory page at rsr.org/flood and the sidebar Dr. Brown has written titled Overthrusts: Two Possibilities (click and then search, ctrl-f, on that page for: Morris).

* Compression Event Evidence Abounds Worldwide: While photos abound of accordion-compressed strata from around the world, RSR hired a Canadian photographer and a helicopter to photograph Sullivan Fault in British Columbia, one of the best examples of evidence for the compression event. Is our estimate correct of perhaps a thousand evergreen trees in this photo... 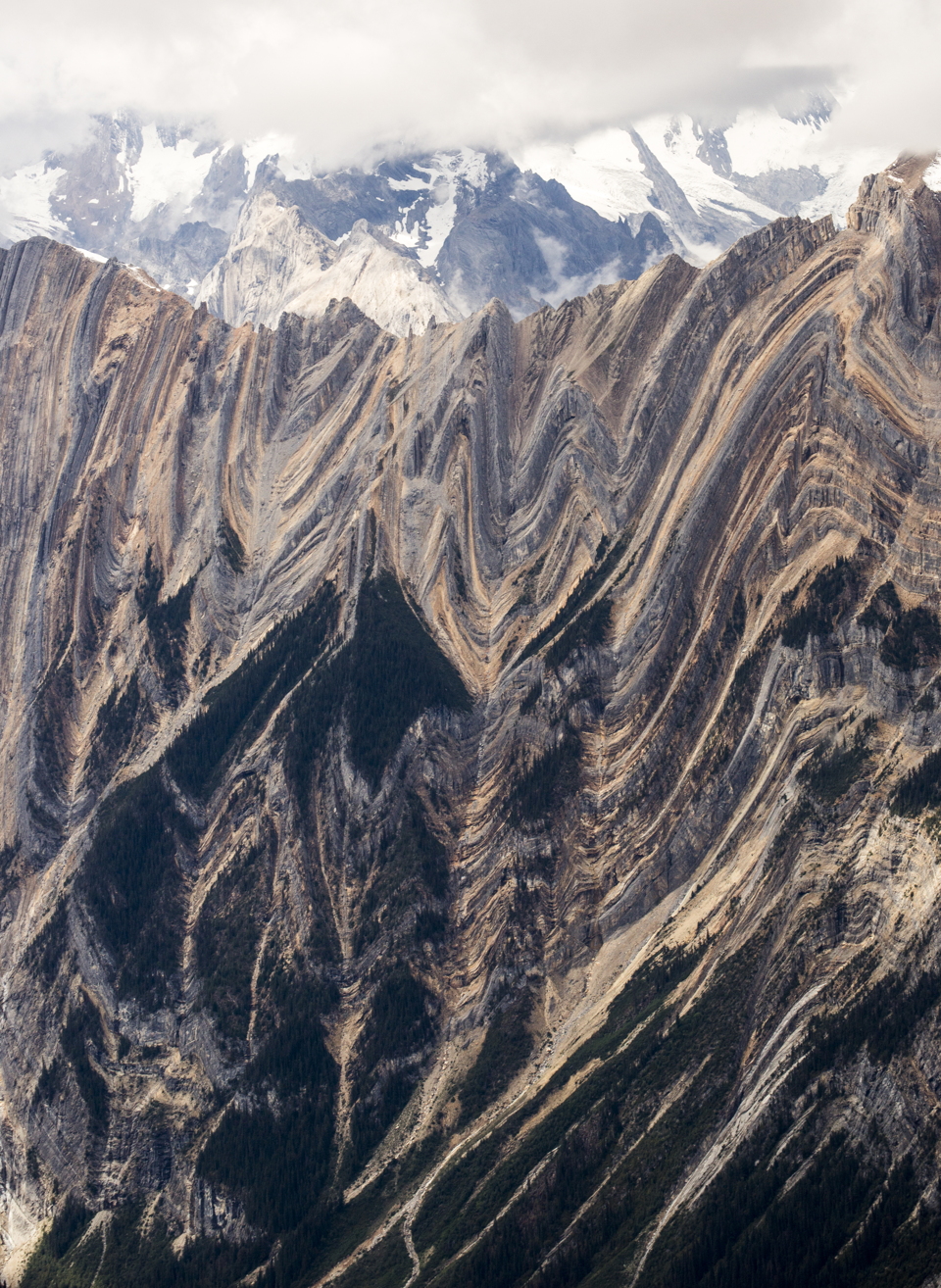 * See the Compression Event Details in this HPT Sequence Chart: from the 9th Edition of In the Beginning (just click on hpt.rsr.org and then on the PDF or the Flip Book or the Online Book).

* Maps and Cross-sections of Montana Overthrusts: Related to today's radio broadcast (above) about Bob Enyart's geology field trip to the Lewis Overthrust and Glacier National Park with Dr. Walt Brown, see this email from a very helpful RSR listener...

See attached. Here's an interesting paper with lots of good maps and cross-sections and information on the MANY overthrusts in MT. Seems to give a good overall perspective on the terrain both east and west of the Lewis Overthrust as well as above and below it.  See specifically the cross sections on page 9 of the attached paper. The pdf there does not pixilate when you zoom in.

To my eye it tells a story of extreme and violent east-west compression. The Lewis thrust-fault is just one of many (above and below it) which from a failure-of-materials viewpoint are simply multiple compression shear lines from many layers being rapidly compressed, tipped, folded, shearing and sliding over/under themselves. So far I see nothing in these maps/cross sections which does anything other than support the HPT explanation of deceleration and compression starting in the west and progressing east.

Thinking of the mechanics of this, a particular small scale example comes to mind, having shoveled lots of snow this winter. Shoveling fresh snow each morning, if I walked quickly enough then I'd notice multiple "wave fronts" of compressing snow rippling over the stagnant snow ahead which had yet to feel the compression from the shovel blade. Bob, you being in Colorado, I'm sure have also seen this phenomenon. The faster I walked, the more ripples would develop out in front of the blade. I think this is somewhat similar to what these maps' cross sections are showing on a grand scale. That is where relative motion comes in. The same relative movement and resulting wave fronts could be reproduced in two ways. It can happen as I just described with the shovel moving into the snow or, if you held the blade still and the sidewalk moved quickly toward you. Either way would give the same result.

Of course most geologists will say a diving plate to the west was the obstruction.

I think the many many tipped faults and sheared layers strongly indicate the mechanism was the rapid formation of the many mountains themselves just West (in Idaho) of these many thrust faults (in MT) that became the obstruction. As these mountains suddenly piled up and slowed, a pressure wave traveled eastward through the rest of the still sliding plate (which had yet to "feel" the obstruction). As layers continued to slam into the new obstruction they tipped sheared and slid over and under each other. Being permeated with water these many shear lines became temporary open water lenses which lubricated and aided lifting and sliding of layers above and below. 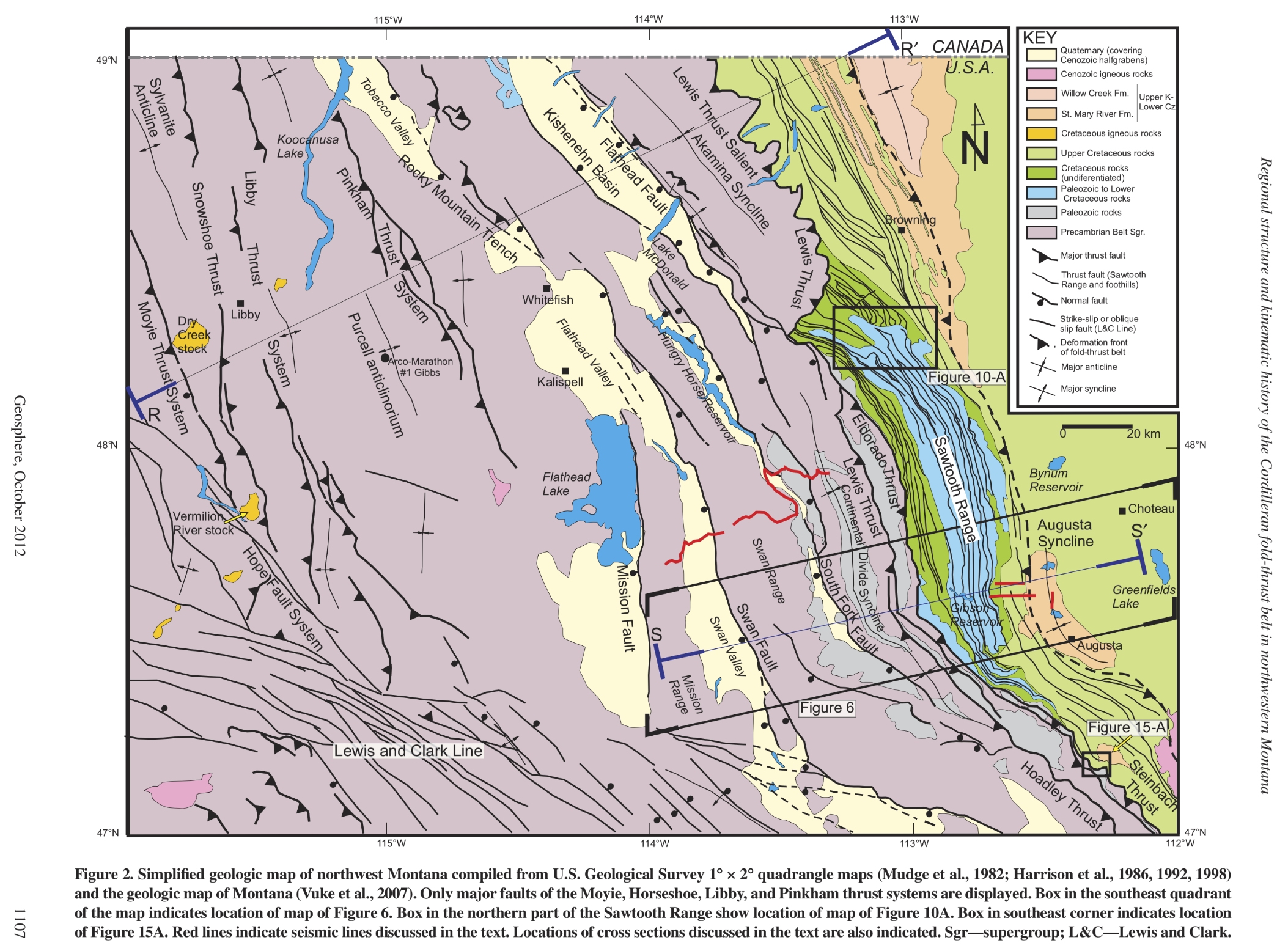 * Bob Enyart Stuck on a Glacier -- Really: Via this RSR flashback to almost exactly eight years ago today, you can listen in to Bob sharing his harrowing experience in Alaska back in the 1970s when he and his friends, unwisely, attempted to climb a glacier unprepared.

* Dawkins "Nothing Must Be Very Simple": First though, Bob and Fred air the audiotrack of a two-minute Richard Dawkins video (embedded here) trying to explain how something came from "nothing", a "nothing" that must have been very "simple". :)