Yesterday's guest, Bevelyn of Chaz, was arrested again, this time for not wearing a mask, along with Edmee of Manhattan and Ken Scott of the Heavenlies. And Bob Enyart reports the important development that baby body parts are not being used in the $1.6 billion dollar U.S. coronavirus vaccine contract that just went to Novavax, and that pharmaceutical giant Sanofi Pasteur has now discontinued using fetal tissue in the production of their polio vaccine. Then Bob continues his "train-up your mind" clear thinking segments using the atheist "Euthyphro's Dilemma" argument. Google ranks Bob's Christian reply #1 at kgov.com/euthyphro. Euthyphro Part 1 introduced Socrates' argument. Part 2 evaluated the Divine Command View. Part 3 introduced the Recognition View. In Part 4 the Recognition View Meets the Trinity. Today's Part 5 turns Euthyphro's Dilemma against Bertrand Russell and the atheists. To hear the full series, just click on over to kgov.com/euthyphro-1.

* RSR's HCQ Updates: See rsr.org/hcq for the full list. Most recently, the Int'l Society of Infectious Diseases reports HCQ cut the death rate by half in a Henry Ford Health System study of 2,541 hospitalized patients.
* COVID Vaccines: Our friends over at cogforlife.org list the COVID vaccines under development being produced morally including those from Merck, Sanofi, and from Novavax, which on July 7th received a $1.6 billion dollar U.S. vaccine contract. Those producing vaccines immorally include Moderna and Johnson & Johnson which use fetal tissue. We strongly urge everyone to boycott vaccines developed using tissue harvested from aborted unborn children. (Remember, many institutions and celebrities who have been "pro-choice" all along are now also calling to legalize infanticide, what they call after-birth abortion.) Related: Recently, pharmaceutical giant Sanofi Pasteur discontinued using fetal tissue for its polio vaccine! While many parents have other vaccine concerns this development is an important step toward moral and socially sustainable medicine.
* RSR's 25 Christian COVID Conspiracies: Bob presents a list of conspiracies vs. actual pandemic insights.
* "Cases Spiking" Fake News through June & July: (July Update) All of the breathless national media reporting on "spikes" in cases through June and July are nothing but fake news when delivered without context. The mainstream media, and even Fox News and many on their network including Neil Cavuto, report "spikes" without putting that data within the needed context of increased testing and especially, the long-term steady reduction in deaths 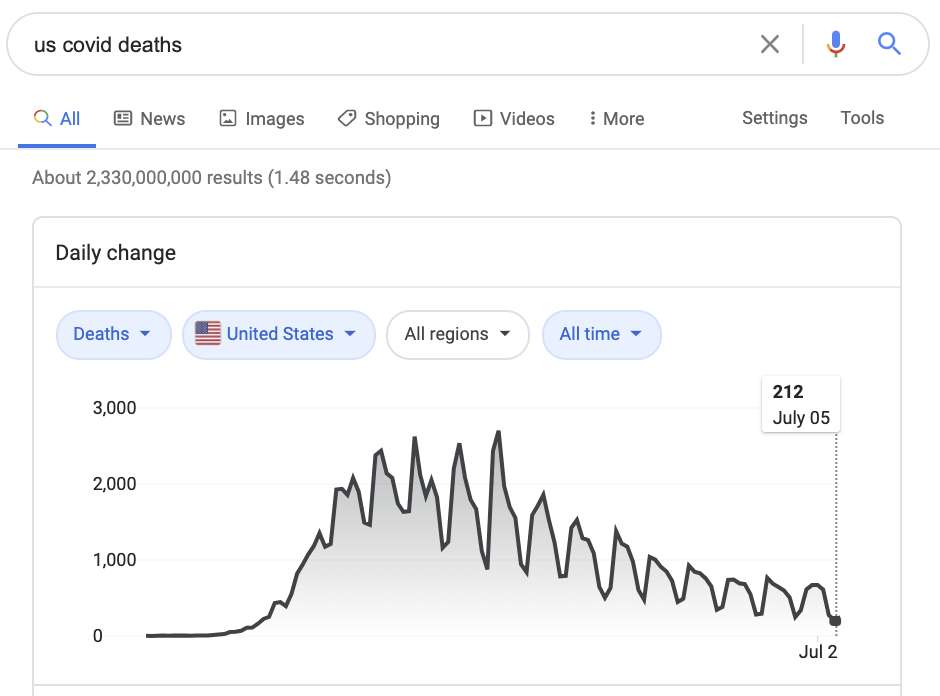