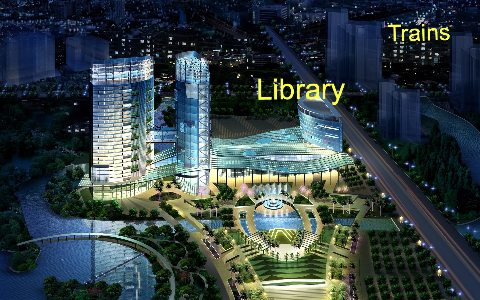 * CRS Ph.D. in Microbiology Kevin Anderson in Studio: Real Science Radio's Bob Enyart interviews Creation Research Society board member and microbiologist Dr. Kevin Anderson about the astounding developments in genetic research, creation science, and the amazing new field of epigenetics. (Question: In the city metaphor for a living cell, if the downtown area is the nucleus, and the central library is the DNA molecule, what would you call the train schedule printed on the wall at the station?)

* Epigenetics: Our DNA, for all it's wonder, complexity, and sophistication,  tells only part of the story. Watch the two-minute video embedded here which just begins to give examples of additional layers of information that control how our genes are used. Then consider Dr. Anderson's challenge by which he defies any evolutionist to even attempt to give a rational explanation for the origin of the epigenetic mechanisms by any Darwinian means.

* Metagenomics and a 2020 Update: Using RSR's time-saving, Google-based Multiple Creation Site Search we assess that the creation community is slow in recognizing that this technology alone has the potential to falsify the Darwinian timeframe. We expect this scientific tool will become a major asset in the creationist's arsenal. Metagenomics is "the study of genetic material recovered directly from environmental samples" also known as environmental genomics, ecogenomics, and community genomics. See also RSR's 2017 metagenomics prediction.

* UPDATE: Illustration of Epigenetics: Bob Enyart shared on air with Stephen Meyers and separately, with Paul Nelson, a way of illustrating one category of epigenetic information, namely, the information inherent in all the molecular machines embedded in the cell membrane. "Imagine that Manhattan Island represents a cell, and that the main public library on 42nd Stree represents the DNA in the nucleus, and that the entire city is just completing the process of reproducing itself. There are now two cities, and two libraries filled with DNA, but also, the process of mitosis has duplicated the bridges and tunnels which connected the city to the rest of the world. Such membrane structures inherently comprise great quantities of information, which in our analogy is one category, among many, of epigenetic, non-DNA, information." We probably shouldn't describe epigenetic information as non-nuclear, or extra-nuclear, because there is probably plenty of epigenetic information with a cell's nucleus. "Non-DNA biological information", may be the best term, except that psychological (i.e., soulical) information likely transcends the biological information, and probably fills an essential role in animal instinct.

* LOOK WHAT THE LORD HATH WROUGHT! Post-show update. See this stunning animation from the anti-Darwinist intelligent design folks over at the Discovery Institute... To share the above two items use rsr.org/wrought for, "Look what the Lord hath wrought!"

* DNA is a Multidirectional Story: Information is coded in our genome in different directions so that to get the instructions necessary to build proteins and for other functions, our DNA must be read in many different ways including forward and backward. Imagine someone tells you about the most amazing short story you will ever read, and then hands you a normal-looking sheet of paper with print on only one side, normal except that the text is in the Courier non-proportional font. The story about a school play performed on a riverboat immediately grabs your attention. It opens, "Madam, I'm Adam." As you continue reading down the page, you're fascinated. But you've come to the last word on the last line and realize the story is nowhere near its end. Your friend sees your puzzled look and says, "Keep reading." You turn the page over, but the other side is blank. "There's nothing else to read." He says, "Just continue reading. But backwards. You know, not left to right, but right to left." You look at him like he's crazy, and then you look again, at the last six words. They form the headline of an article reviewing the play that was about the first week of Adam and Eve wearing fig leaves: PUPILS BRAG ON 'SEVEN EVES' TUB. Hmm. Weird headline. Rather condensed, but you get the point. Then you look at the letters in reverse order and realize that by reading backwards, the story continues, reporting a second review headline. This review focuses on the layers of meaning revealed through the plot of the play. As you continue reading backwards from right to left you work your way back up, line by line, to the first line at the top of the page. Then you look up for help because the story is not done but your friend just looks back at you, as though you should be able to figure out how to read the rest of the story. You look again at the very first word, and then the first word of the second line, and suddenly you realize that the first letter of each of the first five lines spell out the word, "sword." And as you pick out the first letter in order as you scan down the lines of the page, you begin reading not left to right, nor right to left, but downward, top to bottom, down the first column of letters. And the story continues. And when you get to the bottom of the page, then you read down the second column, formed by the second letter of each line, and so on, top to bottom, top to bottom. Then for the second time, you've come to the bottom right corner of the page, and again, though the story is almost at its climax, it's still not finished. But you've run out of letters. Except that now, you're convinced of the supreme brilliance of the author, and so without hesitating you reverse course, and start reading upward, bottom to top, bottom to top, up the last column, then the penultimate column, and so on, until you finish the story which ends in all its glory in the top left corner of the page at the first letter of the first word of the first line. And this multidirectional story gives us a glimpse of how we are formed, fearfully and wonderfully made in secret in our mother's womb, beginning at that moment of conception, even before the first day passes, when our substance (DNA) has yet to knit together our body, which itself is made in God's image.

* RSR Word Game $250 Prize Offer: A palindrome of course reads the same backward as forward as with, "Madam, I'm Adam". Only two words in our headline above, form a palindrome but all six words together taken backward read: BUT "SEVEN EVES" NO GARB SLIP UP." That works, but hopefully better is possible. You can win $500 (to date RSR separately has awarded $2,000 in prize money) for by submitting a better phrase that reads differently forward and backward. You'll win the money if your submission:
- fits into any proposed literary account (doesn't have to be the above Adam & Eve story)
- works in both its forward and backward readings as consecutive phrases within the story
- and gets selected and replaces the phrase used in the above Multidirectional Story paragraph.