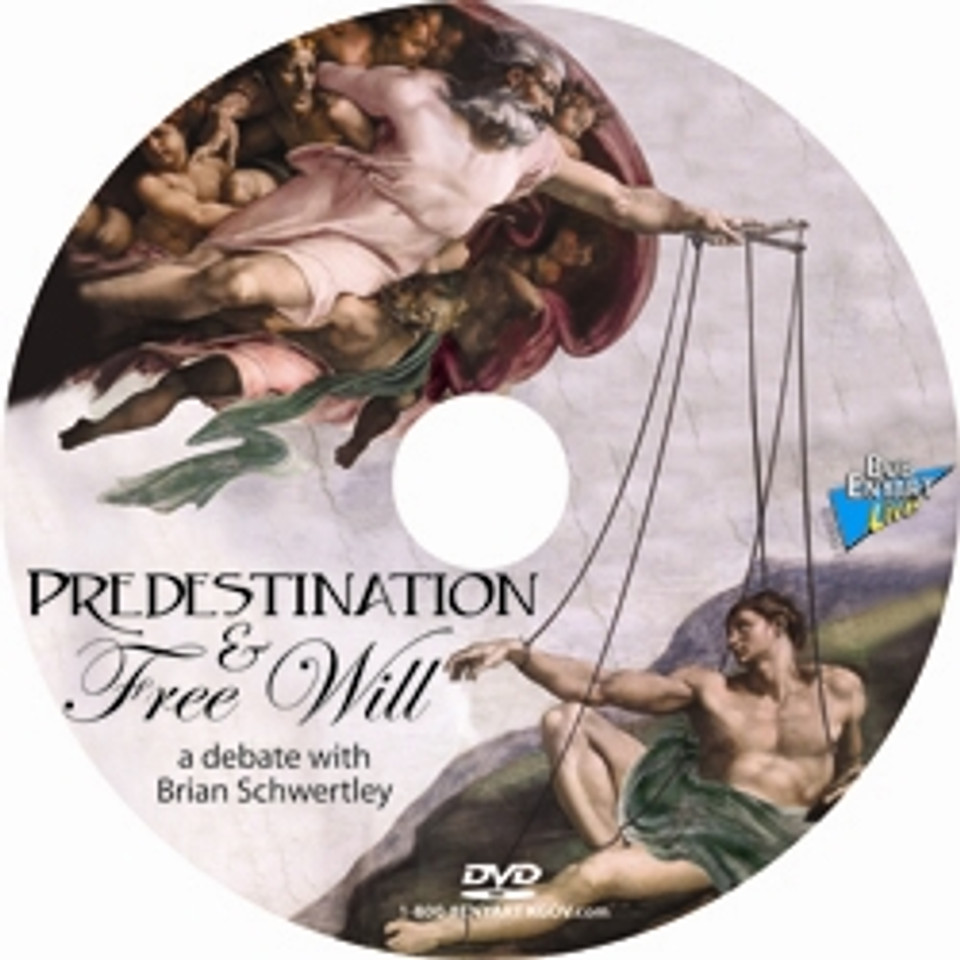 (If an earlier televised predestination debate becomes known to us, we'll change the above title.) In the 1990s Bob Enyart and Calvinist pastor Brian Schwertley challenge each other on whether or not God can change, has He decreed everything that happens, and whether your life follows a script completed before you were born. Michigan talk show host John Mangopoulos moderates on his long-running Battle of Ideas. (Get the full debate here!) Has it been decided in advance which if any of a person's children will go to heaven or hell? Sadly, but predictively, in his first comments, Bob said, "Does the Calvinist deny that God the Son became flesh? I would hope not." Brian Schwertley began his insisting that God does not change in any way. For his part Bob worried that Calvinists, even well known ones, may start denying Christianity's central doctrine, the Incarnation, to defend pagan Greek absolute immutability. Sadly, in 2014 that fear became justified when R.C. Sproul Jr. and Dr. James Write repeatedly rejected the Incarnation by denying that God the Son took on a human nature. See the transcript context at kgov.com/sproul-and-james-white-deny-incarnation or this brief video right here:

* Calvinists Falsely Claim Mantle of the Early Church: Calvinist pastor Brian Schwertley began his second set of comments in the debate claiming the mantle of historic Christianity, that Calvinists teach what the early church taught. However to disprove this, more than a decade ago at kgov.com/300 we quoted from the first 300 years A.D. 1) to disprove the Calvinist claim that the early church did not believe in free will, and 2) to disprove the claim that the early church believed like Calvinists that sinners had no ability to accept God's forgiveness. Then, a week ago with Dr. Leighton Flowers, at kgov.com/400, we titled the program, "Flowers on 400 Years of Free Will, and White vs Wilson" regarding Oxford Ph.D. Dr. Ken Wilson documenting irrefutably, with leading Calvinist church historians and theologians agreeing, that Calvinist teachings contradict the first 400 years of the church when in those centuries Christians believed, as the Bible says, that everyone who believes will be saved.

Correction: In the airing of the debate on today's program, listeners can hear Bob correctly begin quoting the Bible's passages that say that God does not change. But then in his second comment, Bob began by overstating his case when he said that the Bible doesn't use the term immutability. He meant to say that the Bible does not use the term in the way that the pagan Greeks used it and that after them, that Augustine used it, to mean that God cannot change in any way.